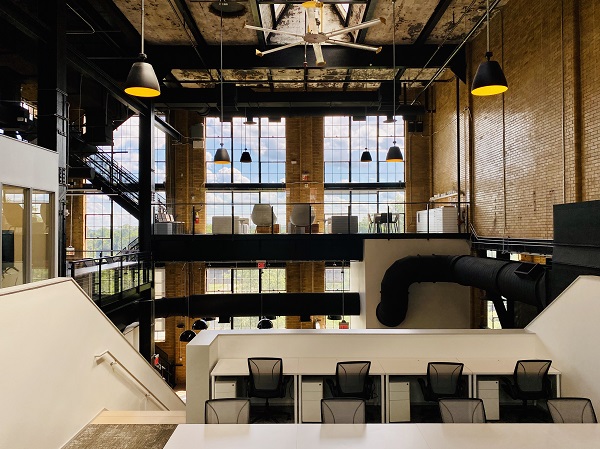 The fifth-fastest-growing ad firm in the world according to Adweek is expanding its office footprint in Richmond accordingly.

Scott’s Addition-based Arts & Letters Creative Co. is taking the entire Power Plant at Lucky Strike building in Shockoe Bottom as a second office, adding to its home base at 1805 Highpoint Ave.

The 3-year-old agency, which just ranked No. 5 on industry trade Adweek’s list of the 100 fastest-growing agencies in the world, is leasing the 21,000-square-foot building at the end of Tobacco Row from owners Charles Macfarlane and Sam McDonald following a months-long renovation. The lease’s length and start date were not disclosed. 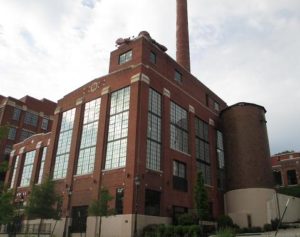 The building adds nearly triple the amount of space of its 8,000-square-foot Scott’s Addition building, which the agency is retaining. Arts & Letters founder Charles Hodges said the additional space is needed to accommodate the agency’s staff, which has grown from 17 when it launched in 2017 to more than 130 today.

“We’re very excited about A&L having a wider footprint in two of Richmond’s most creative neighborhoods,” Hodges said in an email. “With more than 21,000 square feet of space at 2700 E. Cary St., we’re now even better equipped to provide our teams with a world class creative environment.”

According to AdWeek’s list, Arts & Letters grew more than 1,200 percent from 2017 to 2019, based on revenue figures the agency supplied that were not published with the rankings. Its client roster includes Google, ESPN and NBC News. 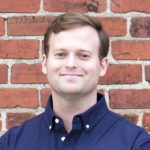 Hodges said a small group of employees have been working out of the new space since June, while the bulk of its staff has been working remotely due to COVID-19.

Despite the pandemic, he said the firm has hired more than 30 people since mid-March and been able to onboard them remotely.

He said 49 of its 130-plus employees have relocated to Richmond or are in the process of doing so.

Work on the new space started in June last year, according to permits on file with the city. DPR Construction was the contractor, and ArchitectureFirm designed the space, which features a multistory open concept. 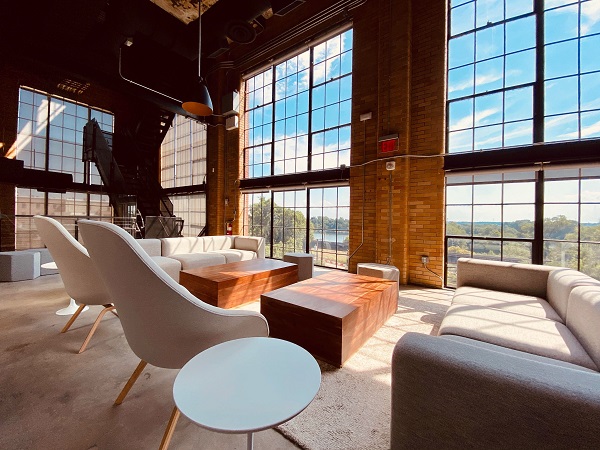 A lounge area overlooks the river.

Hodges would not say how much the project cost. A building permit for the renovation listed a total construction cost of just over $2.5 million.

The project’s schedule was not impacted by the pandemic, Hodges said, attributing the duration to the time required to design and build the space. Permits show that designs were revised, at least once, last fall.

Hodges said the building was chosen over other options for its buildout potential and ability to customize.

Colliers’ Matt Anderson and Will Bradley represented Arts & Letters in its search and lease negotiations.

JLL’s Gareth Jones and Charles Polk III represented Macfarlane and McDonald. They declined to comment Thursday, citing a confidentiality agreement with the landlords, who purchased the building in 2011. 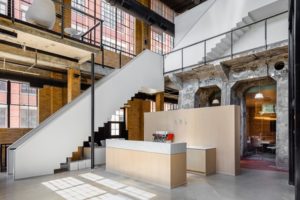 Built in 1930 as a coal power plant to produce electricity, the brick-walled building with multistory windows was adapted for office use in 2008 for architecture firm Odell Associates. It most recently housed offices for Ippon Technologies, which took up part of the building before moving to Scott’s Addition in 2018.

Austin Newman, a broker with S.L. Nusbaum Realty Co. who represented Ippon in its move out of the building, said the Lucky Strike space was going for about $22 a square foot at that time, three years ago. He said the tech firm was already considering a move when it learned Arts & Letters wanted the whole building.

Hodges, a VCU Brandcenter grad, said growing to a 130-person firm was not what he had in mind when he formed Arts & Letters with fellow Wieden+Kennedy vets Rich Weinstein and Letitia Jacobs, previously with The Martin Agency, and Katie Hoak, Ian Fairbrother and Andy Grayson. Fairbrother is no longer with the firm, and its leadership team now includes Danielle Flagg and Jed Grossman, who serve as executive creative directors with Hodges.

“We were originally started with the vision of a studio and growth was not a part of the plan. It has organically come about as a result of focusing on strong partnerships and building strong teams to help those partnerships solve problems,” Hodges said.

He credits the agency’s growth in three years to being located in Richmond, which he selected over other markets after stints at agencies in New York and Los Angeles.

“It gives us an operational flexibility that we couldn’t find in most markets,” Hodges said. “We started A&L in Richmond specifically because of the strong creative community where people could also have a great quality of life outside of work. It’s been a wild ride, but we’re extremely grateful and proud to call RVA home and looking forward to what the next chapter holds.”

Congrats Arts & Letters! It’s been wild watching you grow so quickly, we’re proud to have you in Richmond