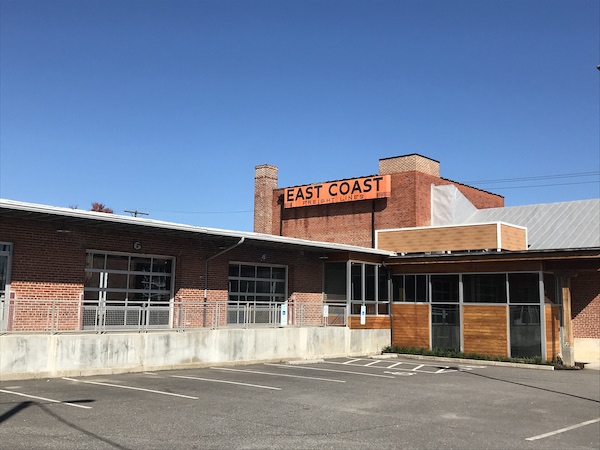 3005 W. Marshall St. was among the office redevelopment projects in the neighborhood in 2015. (Mike Platania photo)

The Frontier Project is relinquishing its territory in Scott’s Addition.

The consulting firm has moved out of its office at 3005 W. Marshall St. Its headcount has declined since it moved in five years ago and it cited the COVID-era trend of working from home as a reason for the change.

That leaves its 13,000-square-foot building, for which it signed a five-year lease in 2015, empty and up for grabs. The company was the lone tenant when it moved in, taking the entirety of the former East Coast Freight Lines building that was redeveloped by architecture firm Thomas Hamilton & Associates. Clareto and Endeavor Capital eventually moved into the office building after The Frontier Project.

Grant Millsaps, Frontier Project’s CEO, said with its lease expiring and the company’s staff of 10 working remotely during the pandemic, it decided to downsize. The firm’s headcount was at 35 when it moved into the office five years ago.

“We didn’t have a need for the space of that scale right now,” Millsaps said. “We were used to sending our team out on airplanes on a weekly basis so we were used to being away, but we have missed the interpersonal connection with each other.”

Millsaps said the firm signed up for a much smaller space at Common House, a recently-opened social club at 305 W. Broad St. in the Arts District.

“It’s a place for our team to go to if they want to meet face to face or get out of their house for the day,” Millsaps said.

The Frontier Project was founded in 2007 by Scott Wayne, who ran it with Ryann Lofchie for many years after. Wayne left the company in 2016. Lofchie left earlier this year, though she still owns a stake in the company along with Millsaps, Lauren DeLuca and Jamie Glomb. Millsaps has been with The Frontier Project for five years and took over as CEO in January.

Scott’s Addition has been able to draw plenty of office tenants in recent years, including during the pandemic with the likes of Mission Lane, Hatch and Tahzoo signing on for space in the neighborhood in recent months.

However Millsaps said pre-pandemic he was looking elsewhere for prospective office space for The Frontier Project, due in part to the noise brought by new developments going vertical nearby in the neighborhood.

“It became difficult to have a conference call, frankly. There was just so much noise,” he said.

The Frontier Project moved out at the end of September, and its former home is now listed as available for lease. Matt Hamilton of Hamilton Properties has the listing.