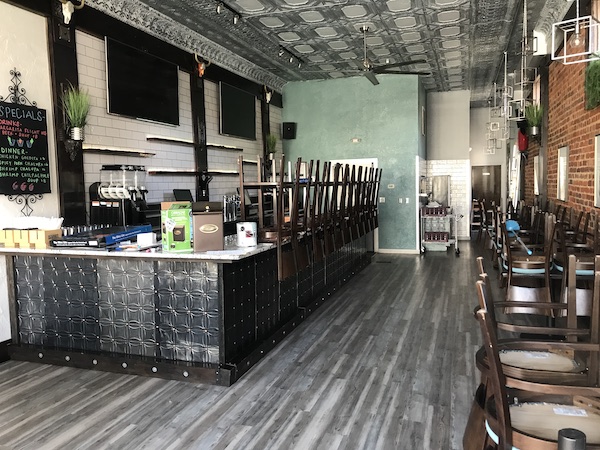 Pancho’s Cantina & Grill’s front of house is nearly ready, and renovation work continues on its back of house. (Mike Platania photo)

For the last year or so the space on West Main had been home to The Annex, a Tex-Mex restaurant from the owners of the neighboring District 5. Escamilla said earlier this year the owners approached her and her father about taking it over. 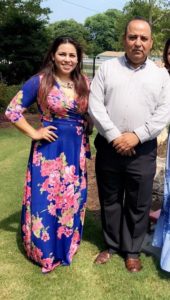 “We were going to open a Mexican ice cream shop in Norfolk,” Escamilla said. “But (Jesus) brought me over (to the former Annex space) and I fell in love with it. This right here will be my baby.”

Escamilla said she’s hiring a chef to develop Pancho’s menu, which is likely to include tortas, empanadas and tacos.

“We want to do something new, something authentic but with more options than just rice and beans,” she said, adding that she’s planning to offer “Mexican fries,” a dish akin to nachos with French fries subbed in for tortilla chips.

Escamilla, a former bartender, said she wants Pancho’s to be known for its drinks, namely the dozens of flavors of margaritas she’s working on.

“I’m trying to have about 25 different flavors, and do them all with fresh fruit. That’ll be the main thing here, not so much the food but the drinks,” Escamilla said. “Everyone has the regular house and Texas (margaritas) and that’s it. I want to have more options.”

Pancho’s is aiming to open in the coming weeks. But it’s not the only new Mexican-inspired restaurant in the works for the Fan area.

TBT El Gallo, a takeout-focused joint, is preparing to open in the former Naked Onion space at 2118 W. Cary St., while the owners of En Su Boca are working on a similar concept in the former Roxy Cafe space near VCU. A bit further west in Carytown, work continues on Lolita’s future home at 2929 W. Cary St.

I hope it’s authentic and flavorful. I went to the annex once, and was shocked how bad it was.

It was good for first month but it did go down hill in its food quality real fast Charles. We went once and thought did they go to Taco Bell for our takeout before we arrived. I hope this new place does better too!