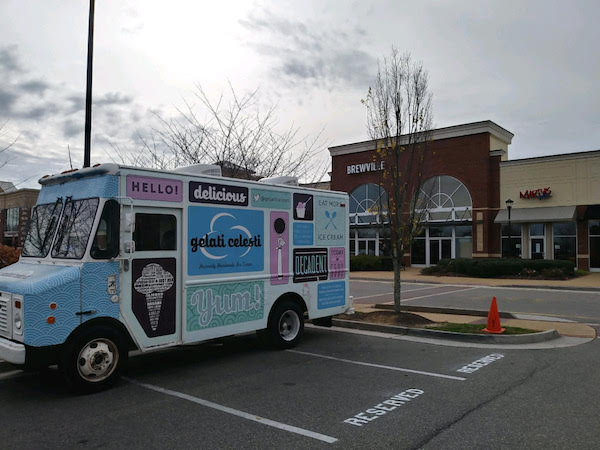 To weather the coronavirus pandemic, Gelati Celesti is serving up a double dip of retail.

An upcoming adaptation of the local ice cream brand is its first pop-up store, which is slated to open before Christmas inside the former Brewville at 9357 Atlee Road, Suite 1105 in the Rutland Commons shopping center.

The store comes amid an increased emphasis at the company toward retail sales of prepackaged pints and quarts of ice cream.

Prior to the pandemic, Gelati Celesti had a model focused on its shops as destinations — which owner Steve Rosser described as places “where people come, get a cup of ice cream and sit down and enjoy it. “

But, as he added: “Then the COVID pandemic turned all of that upside down.”

Rosser said the pop-up concept in Rutland Commons is a low-cost way for Gelati Celesti to conduct a trial run in the Mechanicsville area, which is a part of town the company has wanted to establish itself in anyway.

Currently, there are seven Gelati Celesti locations, six of which are in the Richmond area and one in Virginia Beach. The company recently opened its location in Brandermill’s Swift Creek Place shopping center. The company’s other locations are currently open for takeout and curbside sales. 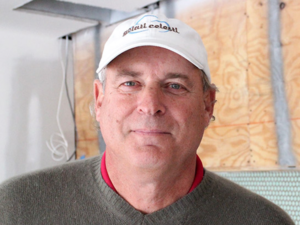 If the pop-up is a success, Rosser said, he could decide to open more pop-ups.

The pop-up idea was born out of conversations between Gelati Celesti and the landlord of its Short Pump location, The Rebkee Co., which also owns Rutland Commons.

“Steve is a great person and Gelati Celesti is a great tenant in Short Pump, so we started to talk about creative ways to help his business,” said Rebkee Principal Dan Hargett. “It gives us both a chance to see what the market demand is for it in that location.”

The pop-up store will only sell pints and quarts of ice cream as well as cookies, cakes and pies on a to-go basis. It will be staffed by the company’s three-person ice cream truck team, which ceases operation during the winter. That truck is currently stationed outside the pop-up, where it sells prepackaged ice cream.

Though single-serve items have regularly been on the menu at Gelati Celesti’s permanent locations, the company has tweaked production to better accommodate demand for prepackaged pints and quarts of ice cream.

“What we found was our customers wanted to support us and try also to have a little treat to enjoy at home,” he said.

In April, the company launched a website to facilitate curbside and takeout orders, which has helped drive sales while operations have been restricted by public health orders. Pre-pandemic prepackaged ice cream was about 30 percent of Gelati Celesti’s sales. Now, it’s closer to 45 percent, Rosser said.

As of Tuesday, restaurants were permitted to operate their indoor dining areas as long as parties were six feet apart, and in mid-November a 25-person cap on patron headcount was put into effect. Gov. Ralph Northam said Monday he was weighing new restrictions in response to a recent increase in infections.

Pre-pandemic, Gelati Celesti’s central production facility filled gallon-and-a-half tubs of ice cream that were then distributed to stores. Employees scooped out the tubs for single-serve orders, and during downtime would use ice cream in those tubs to pack pints and quarts for so-called “take-home” orders.

Now, employees fill pints and quarts by hand at the company’s production facility and those containers are delivered to stores.

That change didn’t cause any added expenses on the facilities and equipment side, but Gelati Celesti has had to contend with labor costs that are 25 percent higher than usual as it now has dedicated greeters who encourage patrons to follow public health orders and employees tasked with sanitization.

The company’s workforce is largely seasonal. Summer is when its ranks swell, and last summer the company had 180 employees. That’s about 20 to 30 employees more than the company usually employs during the summer, Rosser said.

And so far, all the pivoting has worked. Rosser said the company has been able to break even during the pandemic, and hasn’t had to resort to layoffs or pay cuts.

Gelati Celesti is one of many local companies to try the pandemic pivot to find some stream of normal revenue in an abnormal time.

Soul N’ Vinegar is about to do an overhaul of its catering arm to focus on individual prepackaged meals. Other local pandemic pivots include interior design firm Flourish Spaces’ new retail showroom, as well as Church Hill-based Hope Pharmacy’s move into pet medications and door-to-door marketing.

Best ice cream on the planet!!!