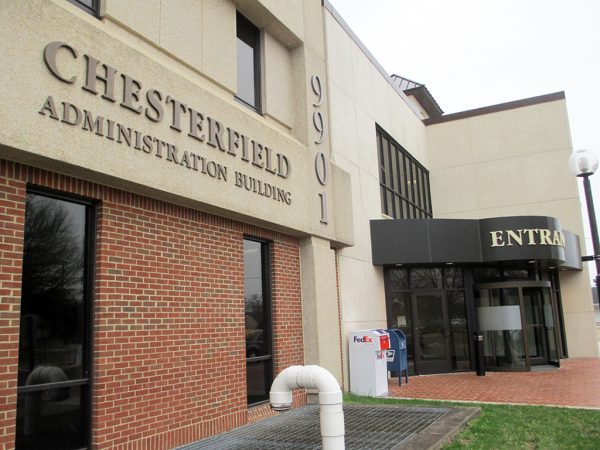 When the EDA quietly acquired 353 acres in the park in March, it also simultaneously sold the bulk of that land to another buyer — a quick turnaround sale that wasn’t known publicly until now.

The buyer of the 307 acres was Peanut LLC, which intends to develop the land for a commercial use, though the attorney who handled the deal on the buyer’s behalf declined to elaborate on what that project might look like, or who’s behind Peanut LLC. Land deeds and online property records didn’t shed light on the identity of Peanut LLC’s owner.

The county’s initial acquisition of the 353 acres wasn’t made public until June, when several news outlets, including Richmond BizSense, reported it.

The county at the time framed its purchase of the land as a way to ensure it would find a user who would develop it for manufacturing rather than a warehouse. The county did not mention the sale to Peanut LLC at the time.

When BizSense inquired about the future of the EDA’s property in June, Chesterfield EDA director Garrett Hart said there wasn’t a buyer in mind yet.

When asked last week why he didn’t reveal a portion of the land had already been sold, Hart said he was bound by a non-disclosure agreement.

“It was a simultaneous closing. The portion of (the March 27 acquisition from Riley and Helen Lowe) the EDA purchased and still retains, did not and does not have a specific buyer,” Hart said in an email last week.

Peanut LLC’s 307 acres are spread across three parcels at 2400, 2700 and 2900 Bermuda Hundred Road. The acreage was most recently assessed at a total of $11.1 million. The property is zoned I-3, which allows a heavy manufacturing use.

In July, Peanut LLC bought about 2 acres at 2000 Bermuda Hundred Road from the EDA for $28,000. That EDA land was most recently assessed at about $78,000. The EDA had bought those 2 acres for $75,000 the same day it sold it to Peanut LLC, according to online property records.

Meadowville Technology Park is about 1,600 acres in size, and is home to Niagara Bottling, Capital One and Amazon among other companies.

In December, the Chesterfield EDA announced its acquisition of 2,000 acres near Moseley for $13 million.

Flipping property fast and loose for an obvious loss is poor management of OUR resources here in Chesterfield. I’m sure the BDA can explain it away, but that loss is coming out of OUR taxes!

FREE TAXPAYER MONEY TO THE CHESTERFIELD EDA??? We have been trying to get answers since we discovered this sale in the public records – to no avail. It is very disturbing that the EDA and/or Garrett Hart (Chesterfield Economic Development Department Director) can basically hide these types of transactions from the taxpaying public whose money they are using to purchase and then re-sell, as well as hiding the purpose for the sale. No transparency with the EDA, as we’ve been saying since the Megasite days. Why would the EDA even need to be involved, if the property was owned by… Read more »