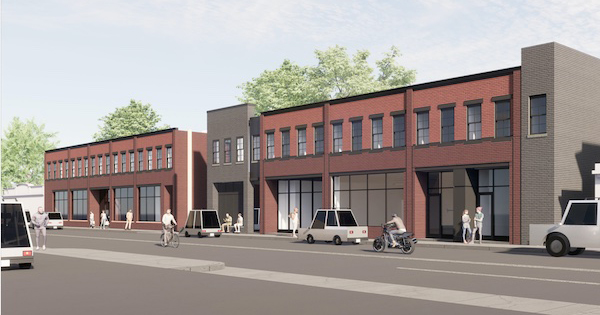 A rendering of the planned mixed-use project, which would add a total of 12 apartments and 7,000 square feet of commercial space. (Courtesy of CW Performance Group)

After plans for a brewery fell through at the site of an old Brookland Park Boulevard carwash, one of the neighborhood’s biggest developers has brewed up something new — of the mixed-use variety. 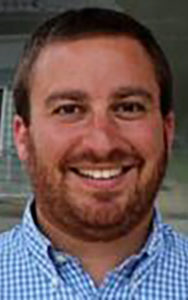 The two buildings will add a total of 12 apartments and 7,000 square feet of commercial space to two surface lots on the combined one-quarter-acre site, which Weiner acquired for a total of $50,000 in 2018.

Weiner has a sizable portfolio of real estate along Brookland Park Boulevard, one that includes the former Brookland Theatre building and Boho Fit Studio’s building just a few blocks down. Weiner said he’s bullish that the new infill projects will bring more residents, businesses and amenities to the neighborhood.

“Some existing businesses in the area may want to expand with these larger spaces that will be coming available,” Weiner said in an email. “And more living space on the Brookland Park Boulevard commercial corridor will only enhance the area.”

The larger of the two buildings will be at 310 W. Brookland Park Blvd., which was slated to be redeveloped for a brewery tenant. In 2019, after securing a special-use permit for the site, plans for the brewery were scrapped and an old car wash on the site was razed. 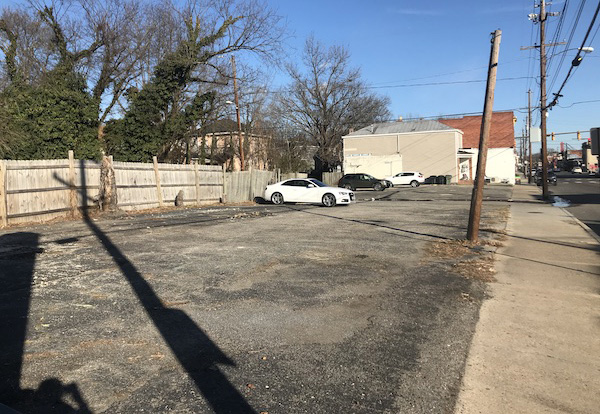 Once home to a car wash, this site was planned to be the home for Safety Team Brewing Co. Those plans fell through in 2019. (Mike Platania photos)

“The apartments will mainly be one-bed/one-bath, with a couple of two-bed/two-bath units,” Weiner said.

The buildings are being designed by Fultz & Singh Architects and SilverCore is the civil engineer. A general contractor hasn’t yet been selected.

“We believe, architecturally, the brick facade building will fit nicely into the neighborhood, which was part of our overall plan,” Weiner said.

Weiner filed a development plan in January and said if all goes well, he’ll be able to break ground by late 2021. 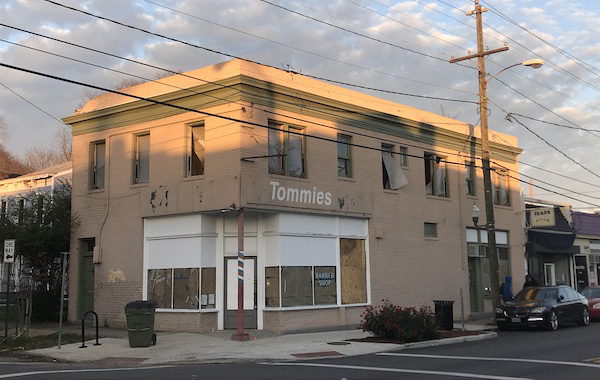 The pair of new-construction projects aren’t the only thing Weiner’s got planned this year in the corridor. Last fall, he bought the former Tommie’s Barber Shop building at 24 W. Brookland Park Blvd. for $225,000. The 3,000-square-foot building will be redeveloped to have two apartments above a ground-floor commercial space.

“The commercial space is a little less than 2,000 square feet and is set up nicely for a retail or restaurant tenant,” Weiner said, adding that S.L. Nusbaum’s Elliot Warsof has the listing on the commercial space.

Meanwhile, the fate of the old American National Bank Building at 201 W. Brookland Park Blvd. remains up in the air as a dispute continues between its owner and the city.

Excited to see these abandoned lots come back to life. This looks like a great project.

This is great news. Can’t wait to see what will happen with the theater!

This is a great upgrade project that no doubt will push the renaissance of the Brookland Park Boulevard area steadily forward. So glad to see good investment coming in and good projects getting underway. Looking forward to even more progress to come.

They should add a extra story or two to this project to get more space from the parking lot.

Any update on this?