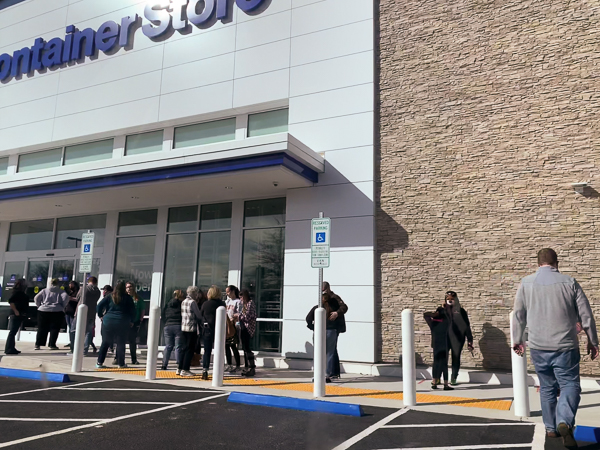 A line of customers wait to enter The Container Store, which opened in Short Pump on Saturday. (Submitted photo)

Correction: Five Guys recently opened a new location in West Broad Marketplace. An earlier version of this story said Five Guys was planning to open in the space.

Though the pandemic temporarily slowed it down, a new-to-market retailer has made its Richmond debut just outside Short Pump Town Center.

The Container Store, a Texas-based chain that sells storage containers and organizers, opened at 11732 W. Broad St. on Saturday, March 20. It’s the company’s first store in the local area and was more than a year in the making.

The 19,000-square-foot store, which occupies part of what was originally a Circuit City store and most recently an HHGregg, had originally planned to open in the summer of 2020, though that timeline was thrown off track by the disruptions of the coronavirus pandemic.

The Container Store shares the building with Arhaus, an Ohio-based home furniture and decor retailer which fills out the remainder of the building’s total 35,000 square feet. Arhaus relocated from Short Pump Town Center to move into the space. 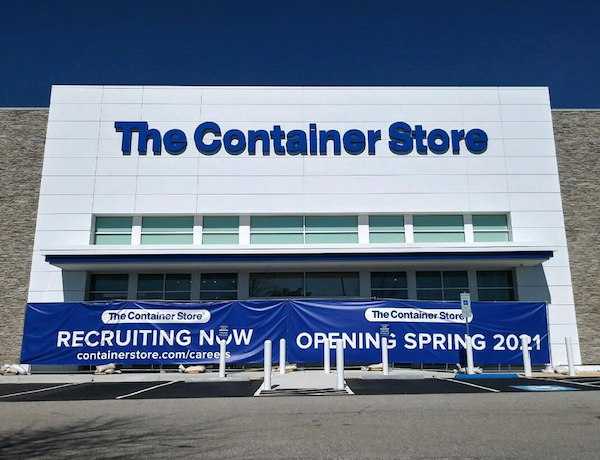 The Container Store’s location just outside Short Pump Town Center, shown in this image taken before it opened, is the chain’s first in the Richmond area. (Jack Jacobs photo)

The Container Store is a public company with more than 90 locations in the U.S. Three of those locations are in Northern Virginia. The Short Pump store has 45 employees.

The company reported sales of $275.5 million for the quarter that ended Dec. 26, which is a 20.5 percent increase compared to the same period the previous year.

Yeah! Finally. Now how about an Ikea?

I went to The Container Store as soon as they opened at 10:00 am. The line was long going in and checking out at the register but the employees had the lines moving quickly! I was very impressed by the employees and how organized they were and very friendly and helpful! God bless y’all, it was a great experience and I will be back for future purchases!