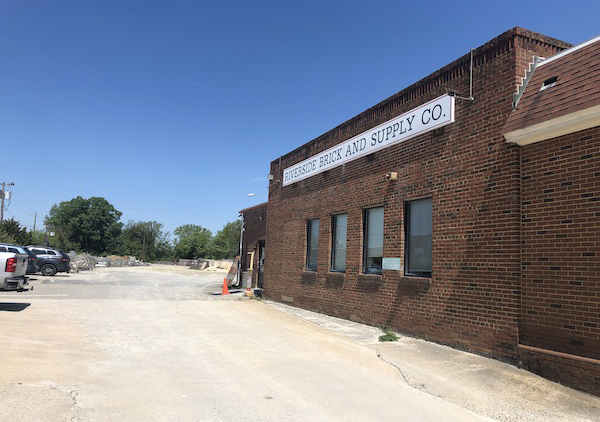 Scott’s Addition is constantly flush with new apartments, but a local developer is trying out a residential product of a different sort: condos.

Spy Rock Real Estate Group is planning a 134-unit condo project at 3406 Carlton St. at the intersection of Roseneath Road and Carlton Street.

The land was most recently assessed by the city at $2.34 million.

Plans show the two-over-two style condos would be spread across 67 buildings, each of which would stand four stories tall. It will be the second condo project in the fast-growing neighborhood, joining the Summit Lofts at 1701 Summit Ave.

Spy Rock has already developed hundreds of apartments in the neighborhood, including at The Scout at 947 Myers St., the Symbol Mattress factory project at 3200 Rockbridge St., and the Preserve at 1310 Roseneath Road.

With this latest project, Basham said the firm is trying out the for-sale model in Scott’s Addition’s historic district.

“We like the idea of doing condos there because there’s no supply and we keep anecdotally hearing about a lot of demand,” Basham said. “I think condos make a lot of sense in Scott’s Addition and Greater Scott’s Addition.”

It’s the second time Spy Rock has delved into for-sale residential development, adding to its mixed-use project on parcels surrounding Hardywood Park Craft Brewery on Ownby Lane and Overbrook Road near The Diamond. That plan, dubbed “Hardywood Village,” calls for nearly 200 apartments and more than 30 condos.

“We’re going to try this concept across the street from Hardywood with some for-sale condos there,” Basham said. “We’ll see how the demand looks.”

Wray said Riverside Brick has five other locations throughout the state, including a Southside location at 1200 Maury St., which will house the Scott’s Addition operations.

“We’re actively in the process of renovating our Maury Street facility to combine both Richmond-based facilities into there,” Wray said.

Basham said once Riverside Brick’s moved out they’ll close on the Scott’s Addition property and begin work. He said Spy Rock hasn’t yet selected a general contractor, architect or lender for the condo project.

Spy Rock and Riverside Brick have previously worked together.

“They’ve been a partner to us over the years in supplying us a lot of brick for our projects. They’re a good organization,” Basham said. “We’re happy to carry on their legacy here in the neighborhood with a conscientious design of their site.”

Spy Rock isn’t the only local development firm to continue its interest in Scott’s Addition in 2021.

Capital Square is planning both a 350-unit project at the N. Chasen & Son building on West Marshall Street, as well as a possible food hall at the Hutcheson & Co. building a few blocks over on West Leigh.

Over at 1509 Belleville St., Charles Bice and Birck Turnbull are planning a 19,000-square-foot mixed-use building that would be split between office space and a new taproom for The Veil Brewing Co.

Scott’s has a lot of residential popping up, which is exciting, but the amenities seem to be lagging behind. I hope this changes. Also, Roseneath might soon be a total gridlock if another main entrance to the neighborhood isn’t built.

Agree. The turn onto Broad Street from Roseneath is impossible to remain in your lane unless you hit the curb or telephone pole. There really need to be another gateway/exit.

But you’ll be in prime position to view the rioting during the next “peaceful protest” after social injustice.
I think the most essential thing to look for in this area is private garage parking, and a security door

You’ve just got to love gentrification and the preening virtue signalers who rally for “Justice” and the plight of the poor, but continually move into areas, pushing those poor further to the outskirts, with absolutely zero low income affordable homes offered in any of these areas being developed in Scott’s addition or anywhere hipsters mass.

And go anywhere within Scott’s addition to any of the restaurants or breweries, as it glaringly was before covid lockdowns, and you will not find a face darker than a white corn tortilla, unless they’re working in the kitchen.

You’ve just got to love gentrification and the preening virtue signalers who rally for “Justice” and the plight of the poor, but continually move into areas, pushing those poor further to the outskirts, with absolutely zero low income affordable homes offered in any of these areas being developed in Scott’s addition or anywhere hipsters mass.

Scott’s Addition was all warehouses so no one got displaced.

you’ve never actually been to Scott’s Addition I gather after reading this?

I’d love to see a follow-up story with the renderings.