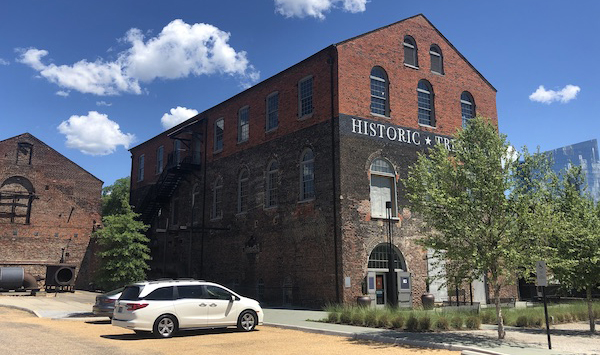 The D.C.-based real estate data firm signed a lease last week to take over the Pattern Building at 470 Tredegar St., which sits adjacent to the recently-renovated American Civil War Museum and is part of Tredegar Iron Works.

CoStar is leasing the entire 13,000-square-foot building. A company spokesperson said the space will house a technical department that supports virtual meetings with clients.

The company did not reply to queries about lease length or how many employees will be based there.

CoStar will be the third tenant in as many years to call the Pattern Building home. The National Park Service’s Civil War Visitor Center had operated there for years before moving out in 2019. Architecture firm 3North moved in after the NPS but will move out next month and is negotiating a lease for another office elsewhere in the city.

3North Managing Principal Jay Hugo said they loved the building but haven’t been able to use it as much as they hoped due to the pandemic.

“We’re really glad to be making way for CoStar’s ongoing downtown expansion,” Hugo said. “I think we’re (moving) it for the good of the cause because we’re really confident their expansion’s going to bring even more momentum to that section of the riverfront.” 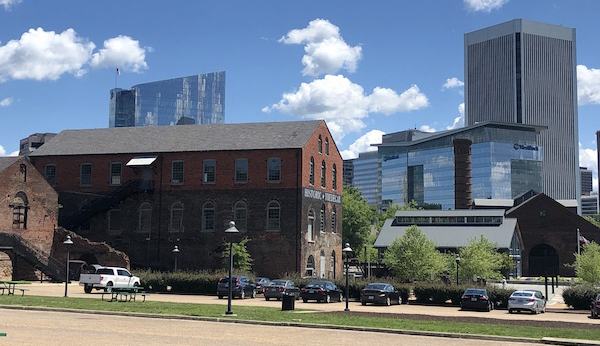 CoStar purchased its office building, shown in the distance, earlier this year.

CoStar’s lease is the latest in a string of deals it has made along the riverfront over the last year.

It kicked off 2021 by purchasing its current office building at 501 S. 5th St. for $130 million. A few months later it subleased three floors of office space from Owens & Minor at Riverfront Plaza’s eastern tower.

And it’s most notable move came last summer when it purchased a 4-acre green space next to its current office for $20 million, where it’s confirmed it’s planning an office tower. It has yet to file formal plans with the city for that site.

Tredegar Iron Works is owned by local petrochemical company NewMarket Corp., whose headquarters are uphill and to the east of the Pattern Building. Earlier this year the city rezoned the 9-acre Tredegar Iron Works site to DCC Downtown Civic and Cultural District, a measure NewMarket began plotting last year.