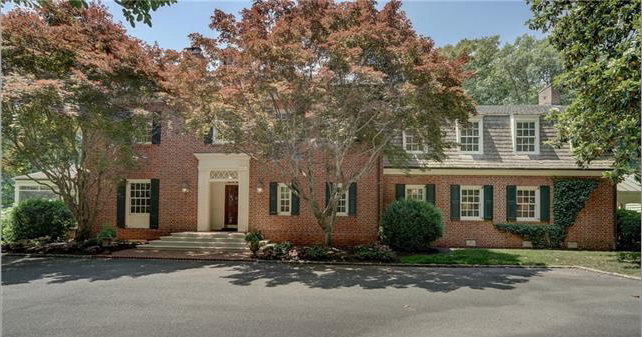 The colonial-style house at 3 Greentree Drive has been listed for $2.5 million. (Photos courtesy of CVRMLS)

Next door to the priciest residential property to sell in metro Richmond in recent memory, a 54-year-old house along western Henrico’s River Road corridor is hitting the market with its own multimillion-dollar price tag.

The 7,400-square-foot mansion at 3 Greentree Drive, off the south side of River Road just east of Collegiate School, was listed Wednesday with an asking price of $2.49 million.

The couple has owned the house since 1998, when they purchased it for $877,000, Henrico property records show. The county most recently assessed the roughly 3-acre property at $1.36 million.

Buckingham said the Garsons have updated the house over the years with interior and exterior renovations. He said they’re downsizing to River Road’s Randolph Square, a subdivision farther west, just over the Goochland County line. 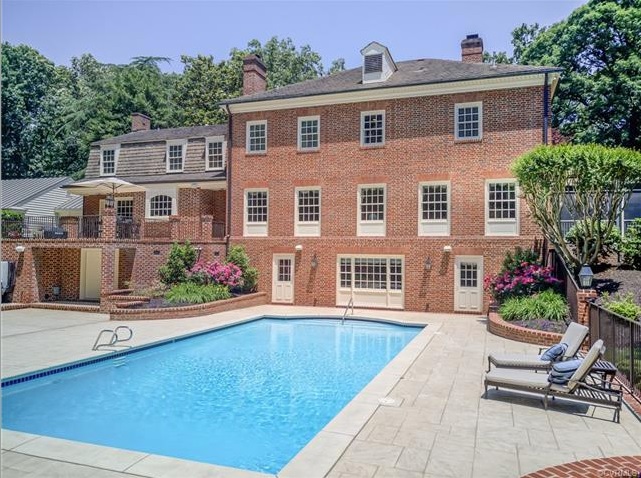 The three-level house includes a lower level that opens out to a pool.

“The house has been very well-maintained,” Buckingham said. “They put a brand-new kitchen in about eight years ago. They redid the hardscape; the pool’s been redone.”

Buckingham, whose listings over the years have included Richmond’s Windemere mansion, said he priced the Greentree house according to comparable sales in that part of the county and in Richmond, save for one notable nearby deal: last year’s $10 million sale of the 261-acre Glen Roy estate that’s adjacent to the listing.

“It doesn’t have all that acreage — the real value on that property was the land — but 3¼ acres is not bad either,” Buckingham said. “Once you get in the house and see all the details — the mantles and the trim — it’s just really over the top.”

The first and second floors feature nine-foot ceilings, and a lower level opens up to the pool and hardscapes. The house includes a wine chiller, screened porch and four fireplaces, and the property also has a hot tub and children’s playhouse. 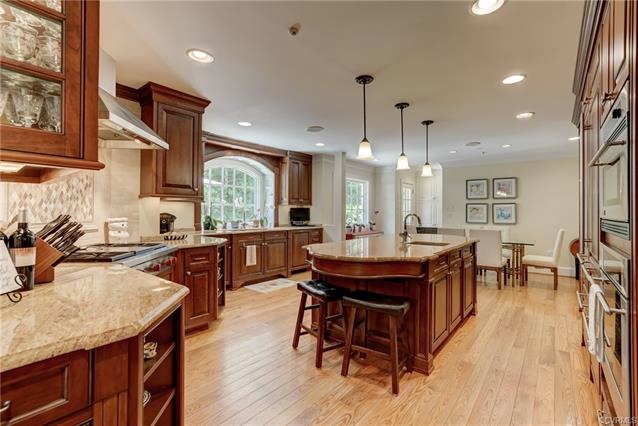 The current owners updated the kitchen.

Buckingham said the house would appeal to families looking to be in the Collegiate and Douglas Freeman high school districts. He said the property’s acreage also would attract buyers desiring a secluded setting with access to nearby Chippenham Parkway.

Buckingham entered the listing into the Central Virginia Regional Multiple Listing Service as a “coming soon” property just ahead of the Memorial Day weekend. He said the sneak-peek approach, along with an agents’ preview event he held over the weekend, helped generate buzz. He said showings start Thursday, with five already lined up.

The house is the second seven-figure listing with ties to the Valentines in recent years. In 2019, the home of Virginia Valentine and the late E. Massie Valentine — Braxton’s brother — was likewise listed at $2.49 million and later sold for $1.67 million. 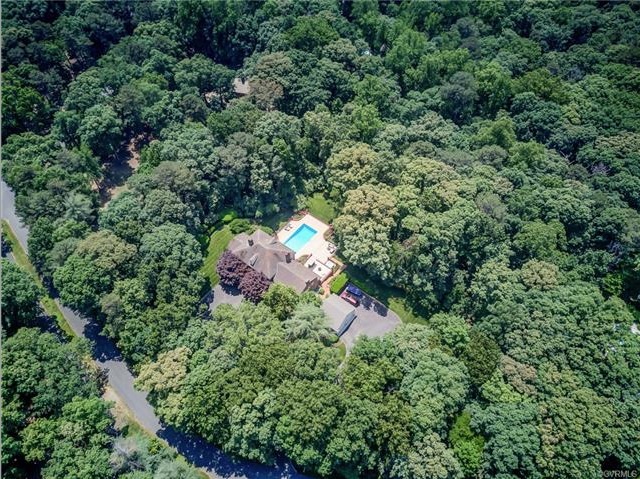 The Greentree house is on a wooded 3-acre lot.

The Greentree house also is near other homes that have been listed and sold at or around the $2 million mark.

The Greentree house joins other multimillion-dollar listings along the River Road corridor. Farther east toward the city, the 7-acre Fairfield mansion at 211 Ross Road is listed at $3.45 million after initially hitting the market three years ago with a $6 million price tag.