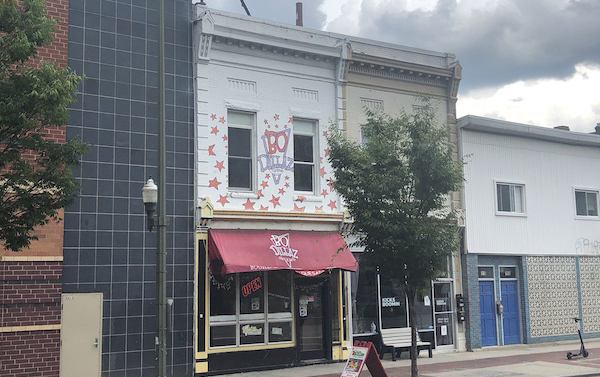 Matthew Johnson has done a lot of things in his professional career, including playing in a punk rock band, working in the Office of the Secretary of Defense in the Obama administration, and writing multiple books.

Now the Iowa native is dipping his toe into the Richmond commercial real estate market.

Earlier this month Johnson and his wife Angela Cooper purchased the building housed by quesadilla restaurant BoDillaz at 916 W. Broad St. for $625,000.

Johnson said the restaurant’s lease carried over and that he’s interested in BoDillaz staying there long-term.

A serial academic with degrees in math, public policy and philosophy, Johnson said he’s previously bounced between jobs touring with his band Ignite The Will (he was lead vocalist) and doing post-conflict stabilization work for the Obama administration.

After meeting Cooper, he moved to Richmond and got a job at local consulting firm The Frontier Project. These days he works as head of communications for Markel’s international division, and he and Cooper have begun acquiring residential and Airbnb rental properties as investments.

“We were looking at buying another Airbnb, but with the real estate market the way it is on the residential side, our financial advisor said we should look into commercial,” Johnson said. “Honestly, we hadn’t ever even thought of commercial. So my initial reaction was just total wonder and I was intrigued.” 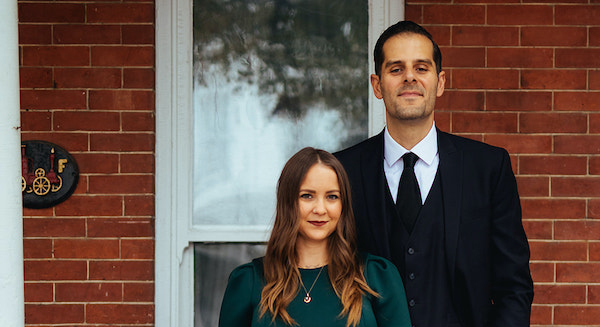 Angie Cooper and Matt Johnson bought the commercial building at 916 W. Broad St. for $625,000 to diversify their portfolio. (Courtesy of Shawnee Custalow)

The couple closed on the 2,700-square-foot building, which also includes an upstairs apartment, on June 1. It was most recently assessed at $460,000.

Cooper, who is an agent at River Fox Realty, represented herself and Johnson. Ann Schweitzer Riley and Isaac Weintz of One South Commercial represented the sellers, Jay and Bonnie Leffingwell. Johnson said their lender was Southern Community Bank.

BoDillaz first opened on Broad Street in 2009. The restaurant opened a second spot in Jackson Ward in 2014, but that location closed in 2017 and Soul Taco opened in its place.

Johnson said BoDillaz also had a change of ownership in recent years when founder Bert Terranova sold the business to a group of employees.

“I’m a true fan of the American dream and I think what (BoDillaz) has done is incredible, and this is coming from a vegan who can’t eat any of their food,” Johnson said, laughing.

“If BoDillaz decides to leave, then I think we’d try to make it a vegan restaurant and bar. But as long as they want to keep the dream alive, we’re here for them.”

Johnson said he and Cooper had also looked into buying F.W. Sullivan’s old home in the Fan but ultimately balked. He said they’re still open to more commercial investments but aren’t likely to be aggressive anytime soon.

“Are we going to become commercial real estate moguls? Absolutely not. This was more of a diversify-your-portfolio deal,” he said.

The BoDillaz building is the second one on that block to be sold this year. In February, local real estate firm Clachan Properties bought 910 W. Broad St. for $595,000. Last fall, Clachan also added to its holdings with an $810,000 deal for a warehouse in Scott’s Addition.