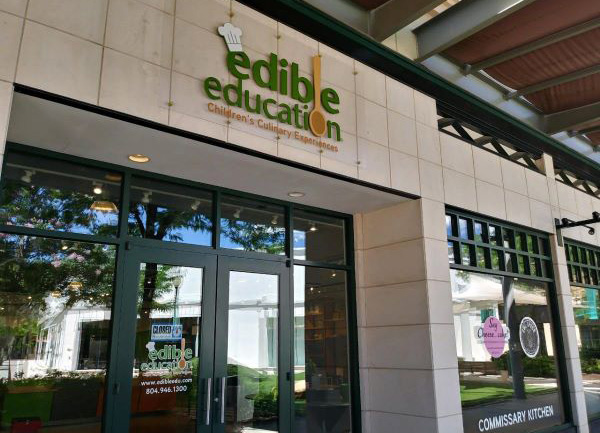 For its second location, a Chesterfield-based cooking school for kids is picking up where a grown-up cooking shop left off.

The Stony Point outpost will feature space for after-school and summer camp cooking instruction along with commissary kitchen space, and will largely be the same concept as Edible Education’s other location at 13566 Waterford Place in Midlothian.

The 6,200-square-foot spot will also have storage space for Kitchen a la Cart, a spinoff concept from Edible Education that sells portable teaching kitchens to libraries, schools and other users.

Edible Education founder and CEO Ann Butler said the new location also will feature a coffee shop, something she sees an opening for in a mall that’s recently lost some eatery concepts, such as Panera Bread and Les Crepes. The coffee shop will serve coffee, grab-and-go meal options, desserts and salads.

“Stony Point is trying to really focus on bringing in local vendors and there’s a dance studio right next to us. I thought that’d be a great cross-audience for us,” Butler said.

Cooking classes are set to kick off next week at the new location, and Butler expects to be fully operational by early July.

Butler said Stony Point initiated conversations about a lease at the Sur La Table space, which came with a learning kitchen after the cookware and cooking class chain left the mall last year.

“Sur La Table already had that, so we just painted it our colors and kid-ified it,” Butler said.

Butler had already had experience in a local mall after trying out a pop-up space at Short Pump Town Center in 2019.

She said the commissary space at Stony Point is largely spoken for by Say Cheese…Cake and Owl Spoon Water Kefir Co., which makes a line of kombucha-like drinks. Both companies use space at Edible Education’s Midlothian location and are expanding their operations.

Another recent addition to Stony Point is axe range Stumpy’s Hatchet House, which opened in May.

The move into the city comes as Butler diversifies her offerings with 21 Spoons, a small-plates restaurant at 13568 Waterford Place next door to the Edible Education in Midlothian.

Originally, the plan was to open a space to rent out to folks with pop-up concepts — a venture Butler thought might have some traction as restaurants shuttered during the pandemic.

However, Butler grew to like the space and the plan evolved into a restaurant of her own. The move was motivated in part by the major drop off in Edible Education’s business last year when many schools went virtual and the summer went by without any classes.

“Honestly, it was offered at a rock bottom price in July and I thought, ‘Well, I’ll turn it into a restaurant that other chefs could rent from us,’” she said. “I just missed talking to people. That drove the conversation of opening a restaurant.”

The restaurant opened in mid-February and can seat 24 people.

Butler said she was able to keep Edible Education afloat during the pandemic through sales of Kitchen a la Cart units, government relief money and fees from commissary users.

“That’s the product that floats everything we do,” she said.