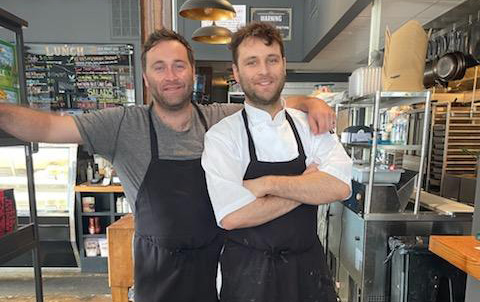 A new restaurant is in the works for Northside because a neighborhood market is changing its business model.

Now the Lynch brothers are preparing to convert the market into a full-time, sit-down restaurant.

Pat, who handles the culinary side of the business, said the market and takeout approach served them well during the pandemic, but they felt it was time to change.

“The market has been good but we’ve noticed that people are really coming for the food,” Lynch said. “I don’t want to say I was bored doing what I was doing, but it got kind of repetitive doing only so much with sandwiches and takeout.”

Brookland Park Market is preparing to close on June 27 with plans to reopen in its new form in mid-July. Lynch said they’re planning to change the name but haven’t decided yet.

The Lynches both previously worked at Can Can Brasserie and Pat said the restaurant’s menu will include some similar styles of food as the Carytown staple.

“We said, ‘Why don’t we change and do a somewhat fine dining concept?’ There’s nothing like that in the neighborhood,” Lynch said.

“You can expect French sauces with things, and we’re excited about doing a strip (steak) with sauce and fresh seasonal ingredients.” 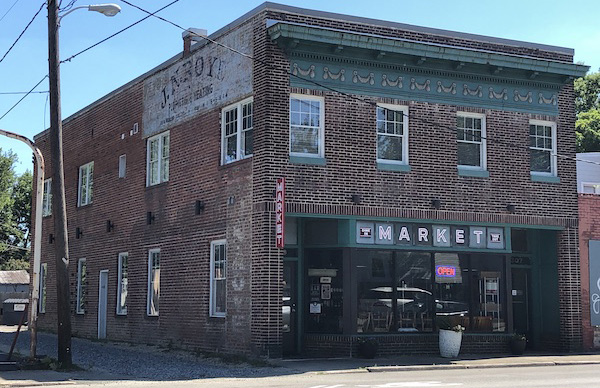 The menu may also include dishes like sauteed chicken breasts with brussels and fingerling potato hash and bone-in pork chops, but Lynch said they won’t get rid of some of the popular food items they have at Brookland Park Market like crab cakes and sandwiches.

Capacity at the restaurant will be about 50 and Lynch said that includes a full bar they’re planning to add.

As the Lynch brothers bid adieu to the market concept, Pat said they’re selling some of their retail equipment including drink fridges and display cases.

Widmer did not respond to requests for comment, but Lynch said the sale of the building did not affect their lease.

Across the street from the future restaurant, one of the neighborhood’s biggest commercial landlords is planning a mixed-use project. Cory Weiner’s looking to build two buildings that would add 12 apartments plus commercial space to the corridor at 310 and 322 W. Brookland Park Blvd.

Good luck in the new venture!

Can-Can like? So $25-40 entrées with optional table platters over $100. Average dinner for two at Can-Can is $80-$100. Just not sure Brookland Park is ready to support that price point. But good luck!

What DON’T i love about this place! <3