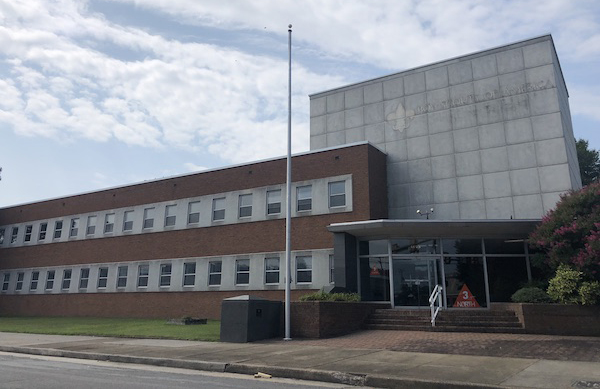 It may have “north” in its name, but a local architecture firm has headed west across town for its new home base.

3North recently moved its headquarters to the former Boy Scouts of America building at 4015 Fitzhugh Ave. near the Westwood area. It is occupying the entire 13,300-square-foot building.

The move was prompted by its previous office at The Pattern Building at 470 Tredegar St. downtown getting snatched up by CoStar Group.

“(The move) happened quickly for sure,” 3North Managing Principal Jay Hugo said. “We weren’t contemplating a move several months ago and we were heading into a hot market.”

Hugo said they cast a wide net in their search, and looked into temporary quarters before signing a six-year lease on the Boy Scouts building that sits just west of Scott’s Addition on West Broad Street.

“We wanted to find something that was close in, but still a bit pioneering,” Hugo said. “We had found that this location was kind of, as we describe it, a seam between areas that have great momentum but could still use more attention. We’re excited to be a part of that change.”

Even though 3North has already moved in, Waukeshaw is planning a gradual renovation of the 67-year-old building.

“We’re putting the building on the historic register, then tenant (improvement) will be tax credit eligible,” McCormack said.

In the meantime, Hugo said 3North and its roughly 32 local employees will be employing a hybrid work-from-home schedule. The company also has a San Francisco office.

“With the unfolding situation with the delta (coronavirus variant), we’re just monitoring but our hope is to get everybody back together,” Hugo said.

McCormack, meanwhile, is working on a separate project a bit closer to 3North’s old home.

In the spring he received city approval to convert the former Richmond Association of Masonic Lodges building in Church Hill into a Trapezium taproom.

McCormack said renovations are underway on that building.

Waukeshaw is very active in central Virginia and North Carolina. Dave is a pleasure to work with as well. He gets things done!

Kudos to Waukeshaw for recognizing the value in preserving this International Style building and and not taking the wrecking ball to it. Looks like they’ve found a good tenant/steward for the building as well.