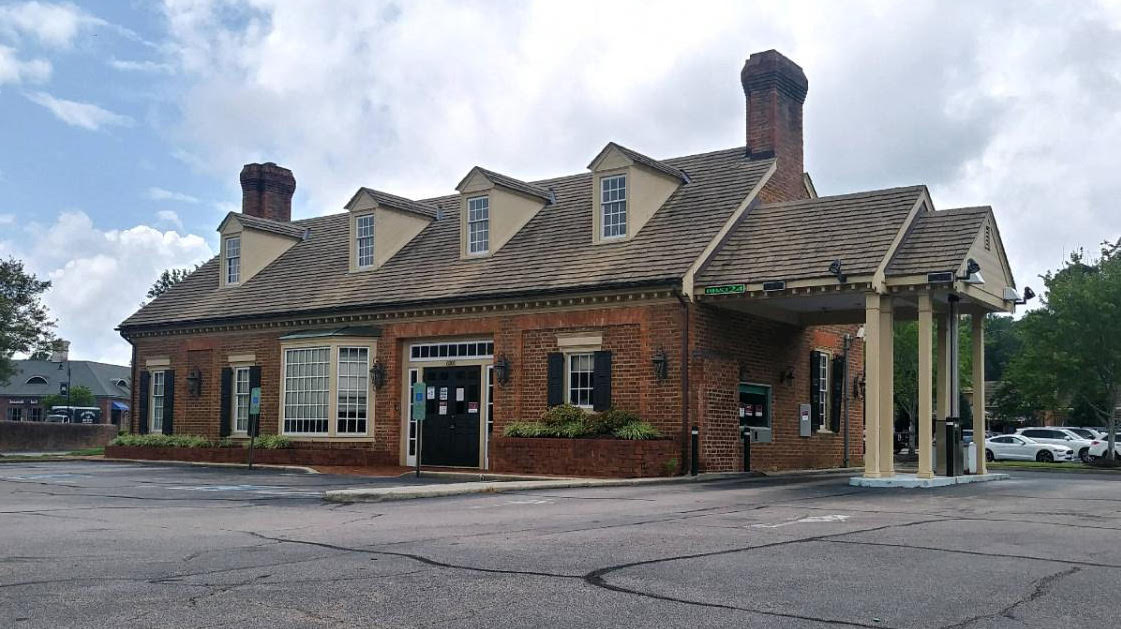 Starbucks is planning to open a new cafe with a drive-thru in the former BB&T building at River Road Shopping Center. (Jack Jacobs photo)

Coffee giant Starbucks is brewing yet another cafe in the Richmond area, this time in a former shopping center bank building.

The company is looking to convert the former BB&T branch at 6201 River Road, at the River Road Shopping Center beside the convergence of River and Huguenot roads, into a new location that would feature a drive-thru.

Pending zoning approval from Henrico County, Starbucks intends to renovate the 1,800-square-foot building and doesn’t plan to alter the current footprint, according to a county staff report. Site plans include a 400-square-foot patio.

The Seattle-based coffee chain has a location across the street at 5001 Huguenot Road, though that cafe doesn’t have a drive-thru.

It’s not clear whether the shopping center cafe would replace the Huguenot location. The company didn’t respond to a request for comment on the project or the fate of the existing cafe Monday.

The county Planning Commission voted to recommend approval of Starbucks’ rezoning application last week. The proposal now goes to the Board of Supervisors for final approval.

The BB&T location shuttered in March as part of a wider consolidation of SunTrust and BB&T branches by Truist Bank, the bank created by the merger of the two entities in 2019.

The River Road Shopping Center location would be one of several new or upcoming local outposts for Starbucks.

It recently opened a new cafe at 2309 W. Broad St. on the edge of the Fan District. The chain is also planning locations in the VCU area and across the street from the proposed site of the Urban One casino.

100% they will be shutting down the location across the street. Follow up reporting might bring us insight on when that lease is over, but we do know Starbucks is converting all of their locations into drivethru options. Ultraconvenience is their main comp advantage

The building was not built as a bank, but as a Phillips 66 service station. The service bays were closed off, but the exterior is largely unchanged. The property across River/Huguenot Road was an Esso/Exxon station, and the same thing applies.