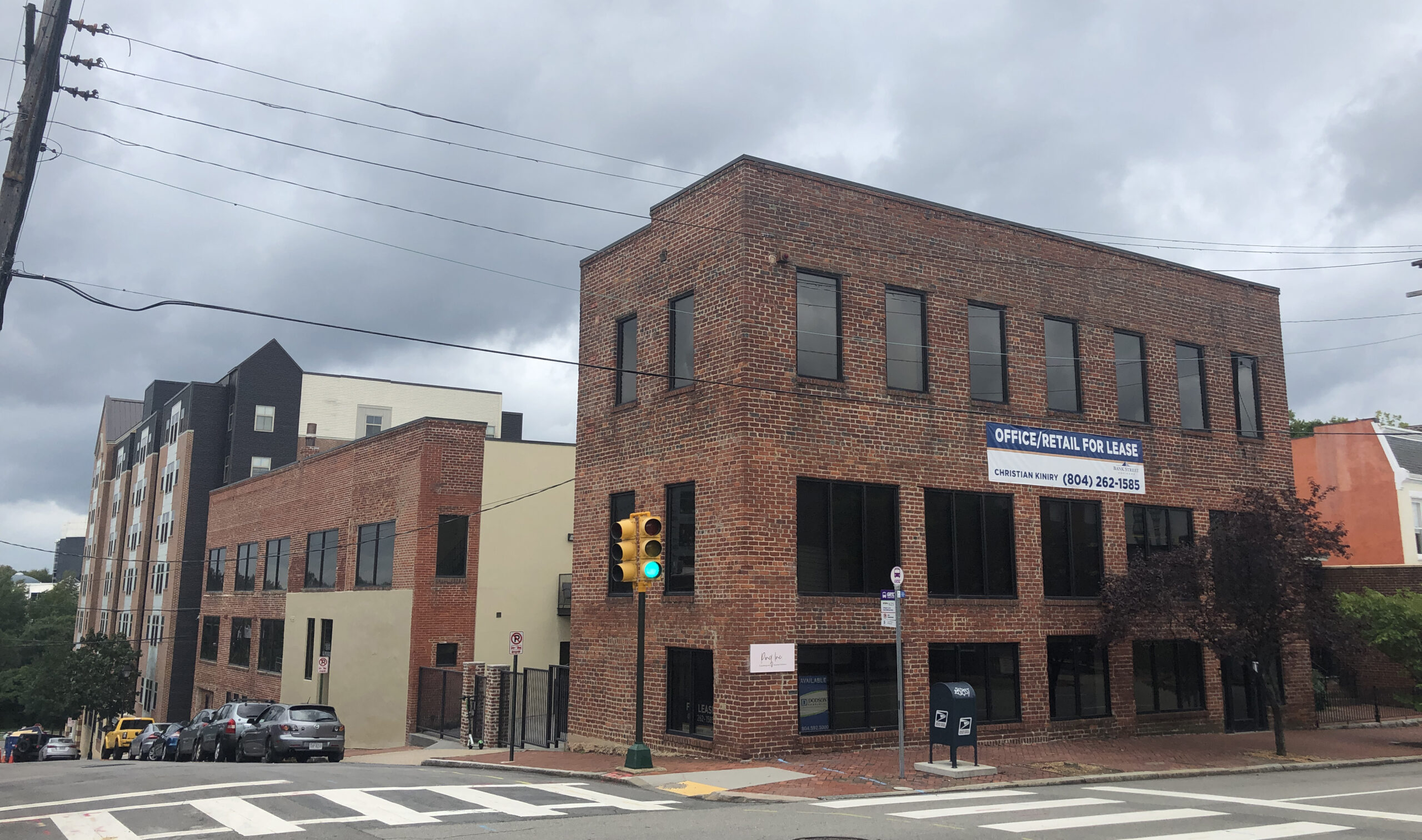 The apartments are at the intersection of West Cary and South Foushee streets. (Mike Platania photo)

Already at work on another nearby project that’ll bring over 100 new apartments to Monroe Ward, a Henrico-based developer has offloaded one of its other residential buildings in the neighborhood.

The new owner of the property is Erona Lake LLC, an entity tied to Timberlake Lewis of California.

The 0.2-acre parcel was most recently assessed by the city at $2.3 million. The deal was recorded with the city on Aug. 30.

Bank Street kicked off the 1 W. Cary project in 2018, not long after it completed some of its other major projects along Broad Street in Monroe Ward including the Quirk Hotel, Ledbury’s headquarters and Charm School ice cream’s building.

The company’s latest — the $35 million One Canal development — is going vertical just a few blocks from 1 W. Cary St.

The deal between Bank Street and Lewis was the second seven-figure sale in Monroe Ward this summer. In July, Potomac Area Hostels Inc. bought the former HI Richmond Hostel building on Second Street for just shy of $2 million.

Bank Street also is active elsewhere in the city. Over in Scott’s Addition it has a seven-story, 67-unit apartment building planned next to the Hofheimer Building. The project, dubbed “Soda Flats,” has yet to break ground.

I wonder what the cap rate was?