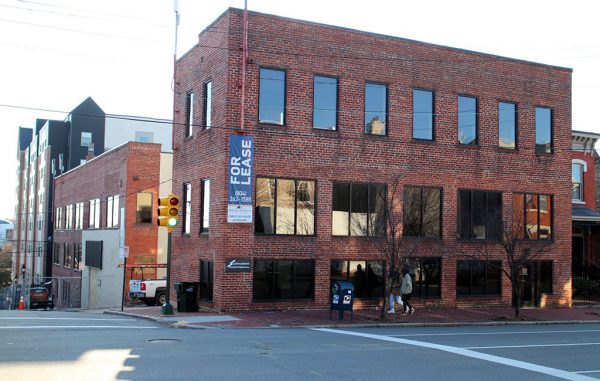 The property includes a corner office building and larger building behind it that’s being converted to apartments. (Jonathan Spiers)

A pair of office buildings at the nexus of East and West Cary Street is getting a $3 million makeover that is bringing with it more than a dozen apartments.

Work is underway on a redevelopment of 1 W. Cary St., where Bank Street Advisors is filling the larger of the two buildings with 17 apartments and renovating a smaller building at the corner of Cary and Foushee streets.

A city assessment most recently valued the property at $1.59 million. The 0.2-acre lot includes the corner building, which totals 3,500 square feet, and a 10,700-square-foot building along Foushee.

Brown said the firm was attracted to the property’s proximity to VCU and evolving neighborhood. Triple Crossing Brewing’s original brewery is nearby, and 8 1/2 Canal Street, a student housing complex, added 160 units to the block in recent years.

“It’s in a good location with proximity to the school,” Brown said. “It’s in an up-and-coming area. We like the area a lot.”

Plans call for 17 market-rate apartments in the larger building with a mix of one- and two-bedroom floor plans. Some of the units will have balconies, Brown said. 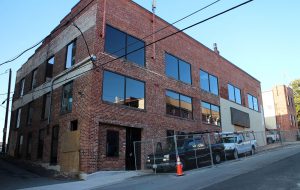 The two buildings once housed Schnabel Engineering, which now is located in Glen Allen near Virginia Center Commons. Signage for the company remains visible on both buildings, which were constructed roughly a century ago.

Bank Street is working with Architecturefirm on the buildings’ designs. Commonwealth Construction Management is the contractor on the project, which Brown put at about $3 million for both the residential and commercial components.

The West Cary Street project adds to activity along a stretch that’s attracted an uptick in private and public investment.

Across Cary, the former Grubbs’ Auto Service property is slated to be converted into a machine shop for the VCU School of Engineering, which also is planning a $92 million addition to its East Hall building a few blocks west.

VCU also converted a building at 9 W. Cary St. into its Office of Continuing and Professional Education. Meanwhile, ad agency ndp recently moved out of its space at 1 E. Cary St., freeing up 9,500 square feet in the multi-tenant building. Real estate broker Henry Liscio is marketing that building for lease or sale.