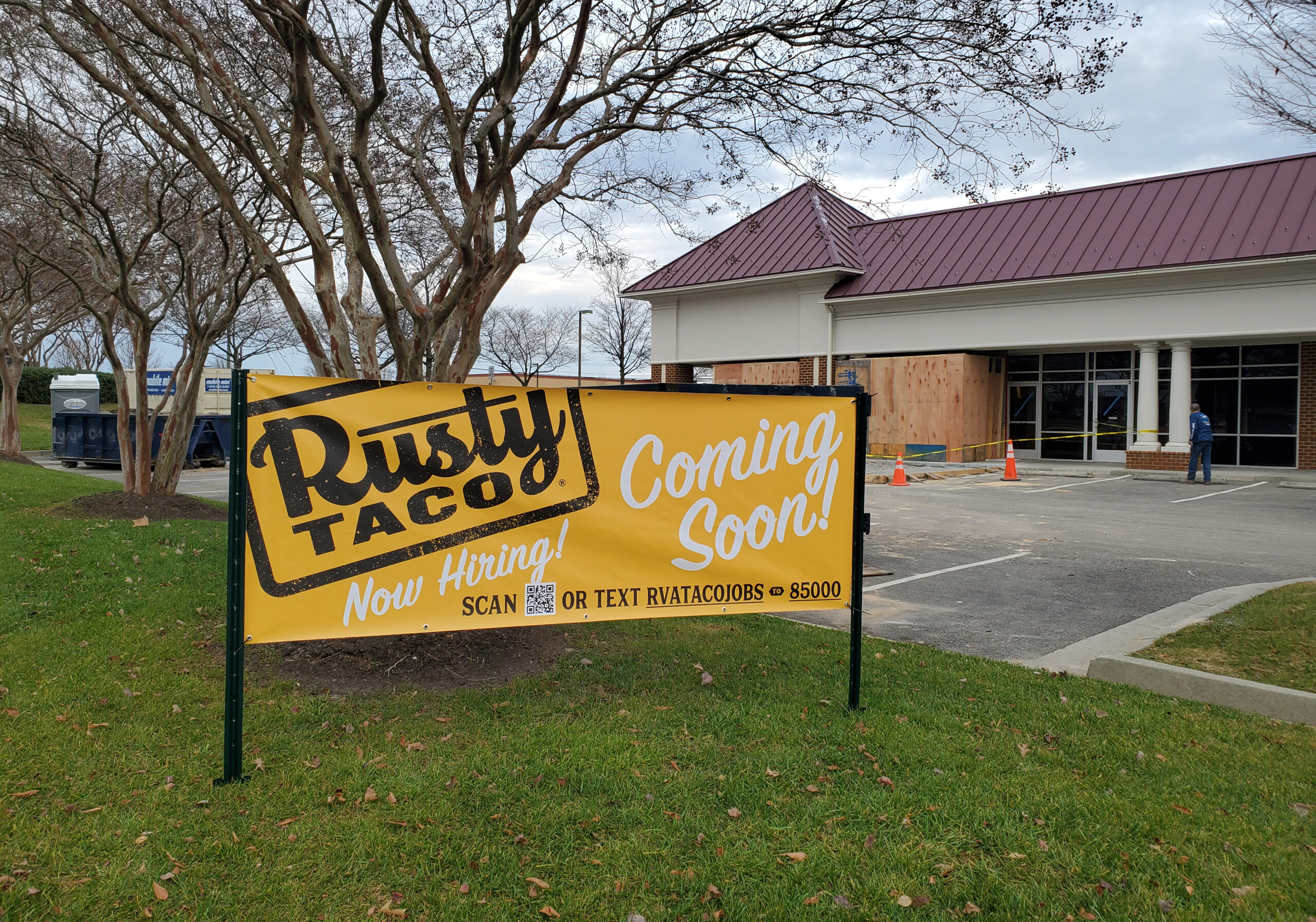 Two years after a Texas taco chain entered the local market via Chesterfield County, it is getting ready to roll into Short Pump.

Rusty Taco is slated to open in late January at 11525 W. Broad St., where it will take over a 3,500-square-foot space at Short Pump Crossing. The space was formerly home to Metro Diner, which shuttered last year.

The new space will seat more than 70 people indoors and will also feature a new-construction patio with room for about 50 people as well as a new bar area.

Kevin Donham, who manages the local franchise with business partner Chris Carabell, said a “substantial investment” is being made in the space but declined to comment further. 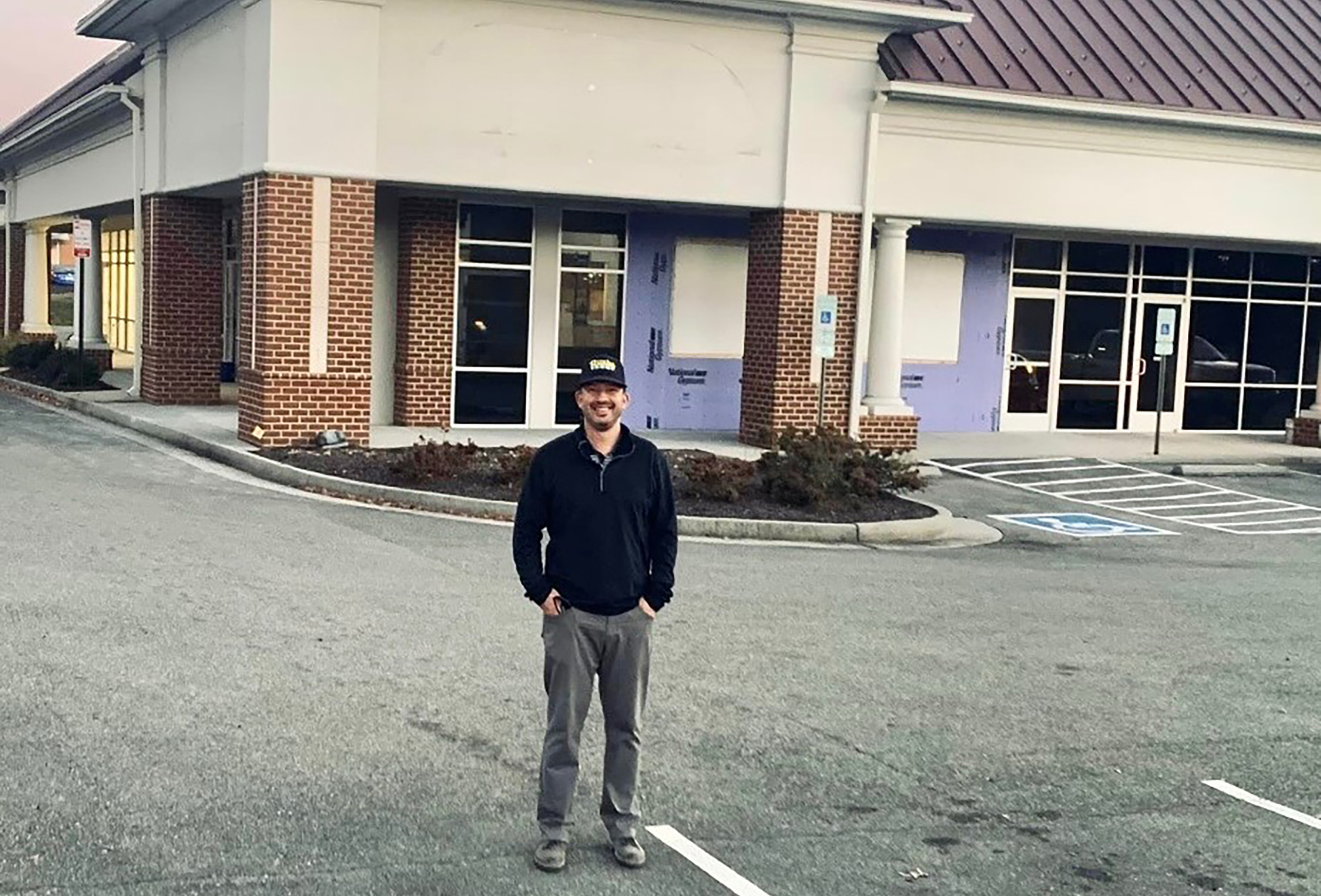 Donham said several factors led them to land in Short Pump — his personal ties to the area and what they see as a gap in similar restaurant concepts.

“I’ve been living in Short Pump since 1987, my kids go to the same schools that I went to and play the same Little League. I’ve never had a restaurant in Short Pump, so there’s definitely a personal motivation. It’s a great community and special to me,” Donham said. “I don’t think there’s anything quite like this brand in that market and we thought it’d be an awesome fit.”

The restaurant expects to open with about 25 to 30 employees and hiring is underway.

The Short Pump location comes after Donham and Carabell opened the area’s first Rusty Taco at Westchester Commons shopping center in September 2019. Donham said that even with the challenges of the pandemic, Rusty Taco has seen double-digit sales growth year over year.

“Now that we’re through that and on the good end, we’re really liking what we see with the brand and the market,” Donham said. “Starting a new brand in a new market, if COVID wasn’t enough to knock us down and we’re still standing, that’s a very good sign that people like the product.” 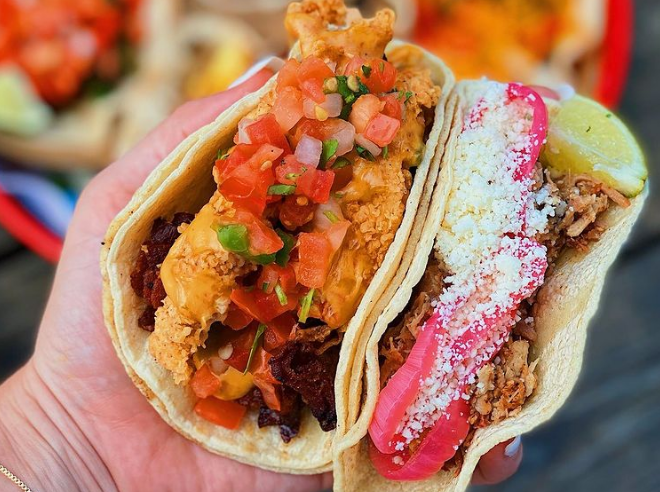 Rusty Taco plans to open a third spot in the Richmond region by late 2022 or early 2023, though Donham said a location hasn’t been settled on yet.

Rusty Taco opened its first eatery in Texas in 2010. The chain has more than 30 locations listed as open or coming soon on its website.

I will never understand the desire of business owners to open a restaurant in the crowded west-end corridor. Restaurant failures in RVA must be the highest nationally due to the intense competition. I wish this owner the best of luck for success.

What?!?!? You are worried about a business opening because the area is too crowded AND you think a restaurant fails because of intense competition?

I spent almost 40 years in the restaurant business. New restaurants encourage competition. When you’re the only game in town, you have a captive audience, but folks only have the single choice and will travel to experience variety. When there is a cluster of restaurants, it invites exploration. If one joint is too busy, they try the one next door. They enjoy drinks at one spot, dinner at another, and dessert & coffee down the street.