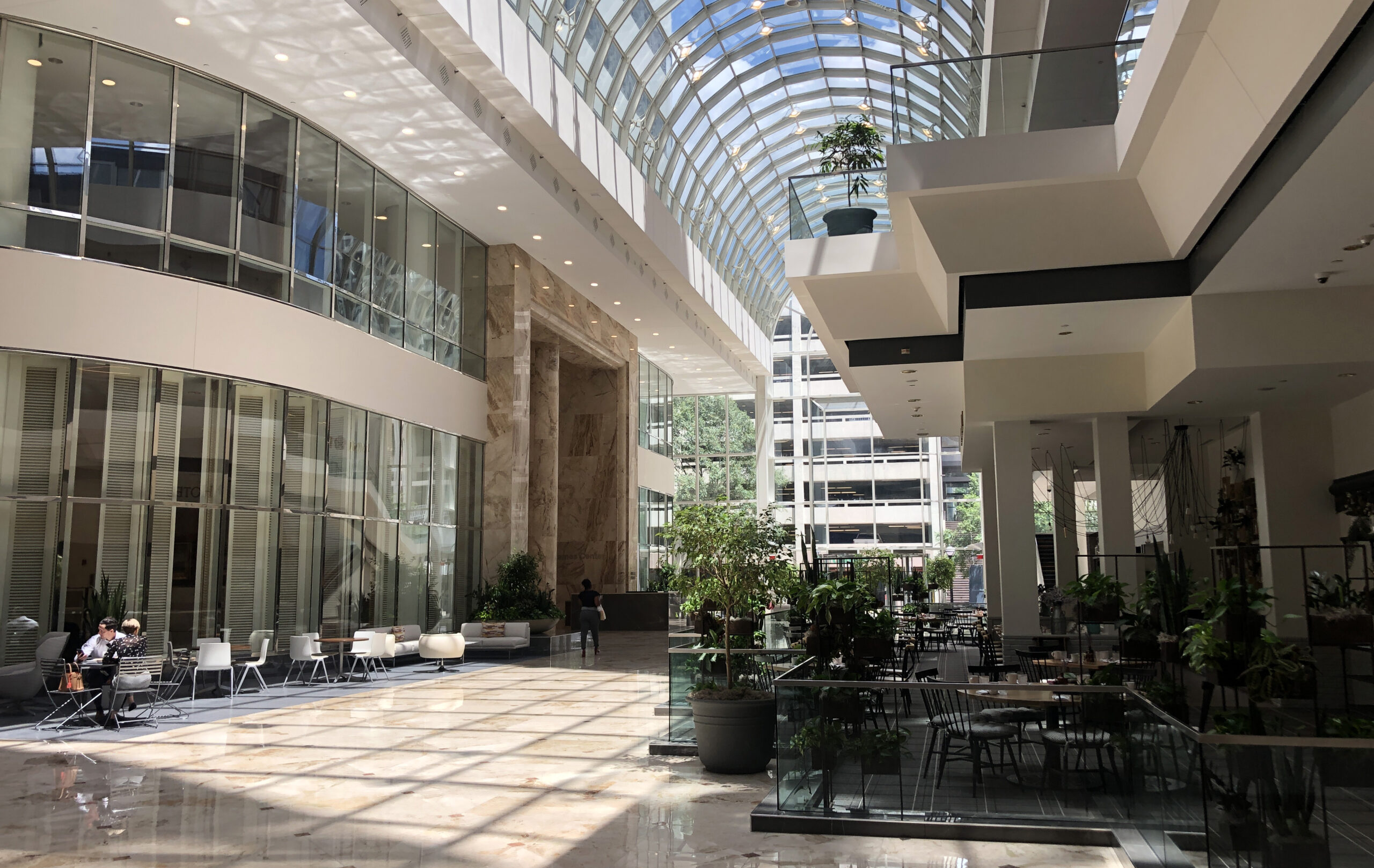 Chick-fil-A is planning to open its third Richmond location in the atrium of Three James Center downtown. (Mike Platania photo)

Chick-fil-A is preparing to open in Three James Center, according to documents filed with the city.

The Georgia-based chain will take over the former Arby’s space, which has been vacant since the roast beef-centric competitor closed after nearly 30 years in the atrium of the three-building complex at 1051 E. Cary St.

It’s unclear when the chain intends to open downtown. Chick-fil-A did not respond to requests for comment by press time. A representative of James Center owner Riverstone Properties declined to comment. 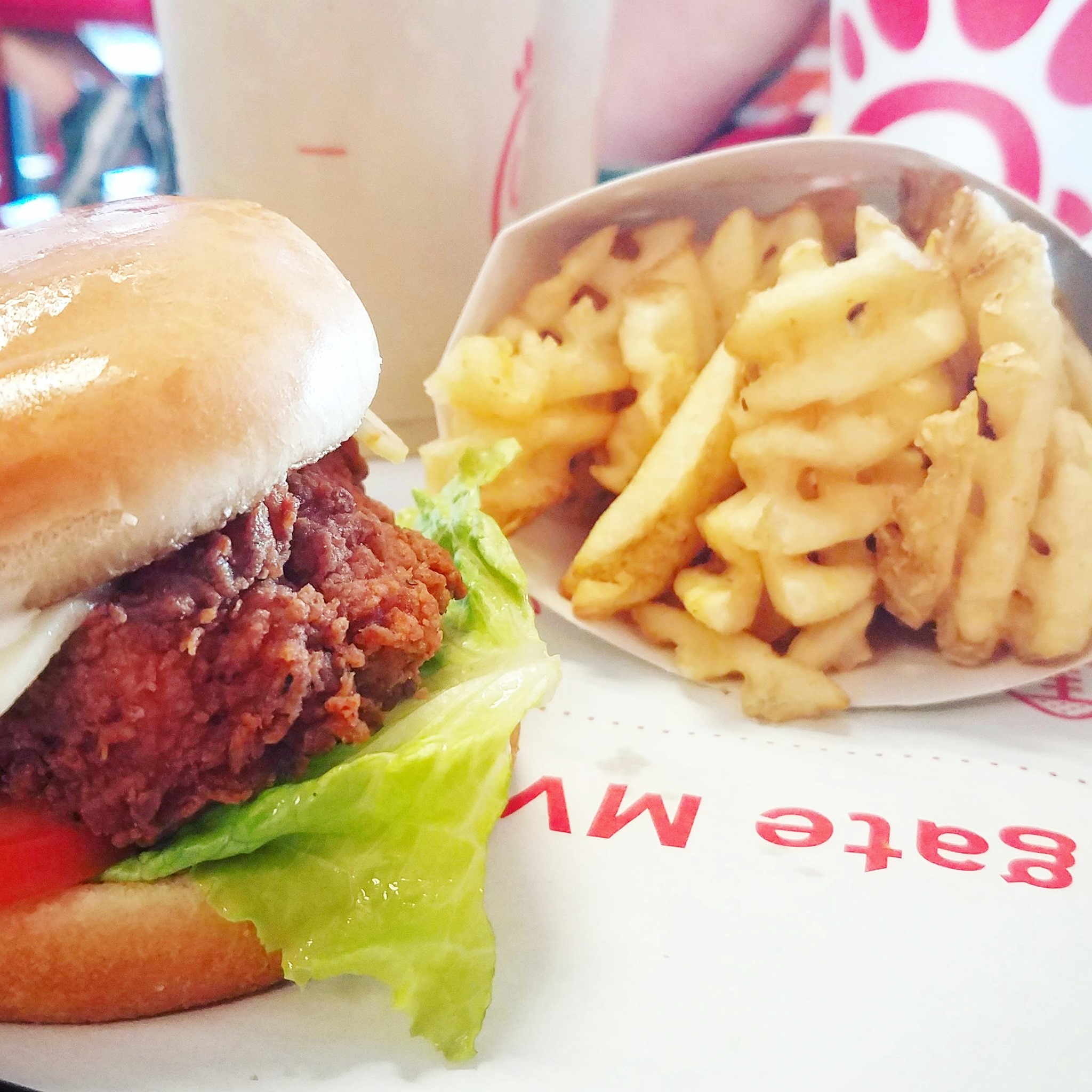 The chain has two other downtown locations, both in VCU properties. (Photo courtesy of Chick-fil-A)

Last week a building permit was filed for the planned conversion, and the location is listed as “Coming soon” on Chick-fil-A’s website.

The location would be Chick-fil-A’s third in the city, joining spots at VCU’s Student Commons building in the Fan and in VCU Health’s Clinical Support Center. Chick-fil-A has about 20 other locations throughout the Richmond region.

After buying the James Center for $108 million in 2017, Riverstone’s been pouring millions into renovating the office towers, and the effort looks to have helped land office tenants including South State Bank, law firm Whiteford Taylor & Preston and architecture firm Baskervill, as well as fast-casual restaurants like Chopt and juice bar The Pit and The Peel.

While Chick-fil-A gears up to come downtown, a few other fried chicken-focused spots have opened in recent weeks. Lindsey Food Group recently converted Pop’s Market on Grace into Buttermilk and Honey, and South Korean chain BB.Q Chicken opened its doors in Carytown.

Chick-Fil-A usually does it homework when picking a location. I hope they realize that the bulk of their business, for the day, will be over by 2 PM. Hopefully more office workers will be returning to their offices to make the location viable.

Brian; they do a huge business in catering for business breakfasts, and will probably offer delivery downtown. Lunch and Breakfast are all they need I am sure.

Not to mention busy parents grabbing dinner or as mentioned, grabbing catering or snacks for after school or sport events. Curses…for some of us not a good thing to have the milkshakes so close!

I hope you realize you’re wrong. Let’s be a little smarter in our analyses.

Busy parent working downtown here and can’t tell you how many time per week I’ll be grabbing dinner for the family downtown versus sitting in a half-hour long line anywhere to order.

Also, can’t tell you about the dearth of options for catering downtown as well, which CFA does quickly and well.

The only time they’ll be hurting for business is on the weekends, and they’re conveniently closed half that time anyways.

If you ever saw how busy Arby’s and Vie de France were in the mornings and at lunch in the location from the last 25+ years you would know it’s a lucrative spot. I imagine they also received great rental terms from the James Center, too. Given there isn’t a Chick-fil-A within 4 miles and the other closest locations (VCU and Willow Lawn) either don’t offer delivery or don’t deliver inside 195, I’d say they did their homework.

I’m assuming this would location probably won’t be a “full” chick fil a it’s probably like the one inside VCU or chippenham since chick fil a has tended to move away from that type of format of store. Seems like this would more of a licensed operation. I have a friend who used to work at the Chippenham one and they stated that the owners were expanding into a location downtown.

The Stratford Hills location at Chippenham and Forest Hill is in the City. The land has been since 1970. The restaurant is currently closed for renovation/rebuild but it has been operating since early 2000s. And unless it closed (was open last summer) the location IN Chippenham Hospital is also in the City limits.