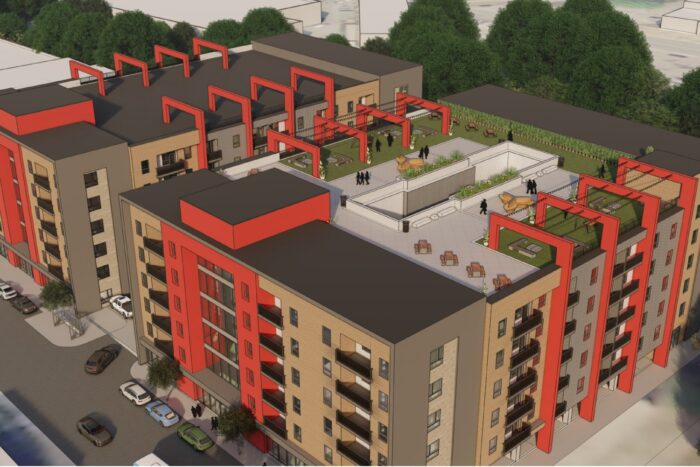 Bonaventure has been planning the buildings since 2020 but has not begun construction. (Images courtesy Northmarq)

In a rare occurrence for one of the city’s hottest neighborhoods, a developer is pumping the brakes on a new apartment project in Scott’s Addition.

Northern Virginia-based Bonaventure has listed for sale the 1.7-acres at 1700 Belleville St. where it had been planning its Scott’s Edge II project.

In addition to the land, the offering includes approved building plans and permits for a 203-apartment mixed-use building. Bonaventure has been planning the project since 2020 but never began work. It bought the land in a series of deals totaling $4.45 million.

Bonaventure CEO Dwight Dunton III said the decision to list the project for sale didn’t necessarily have to do with the broader economic landscape or the potential for a recession this year. 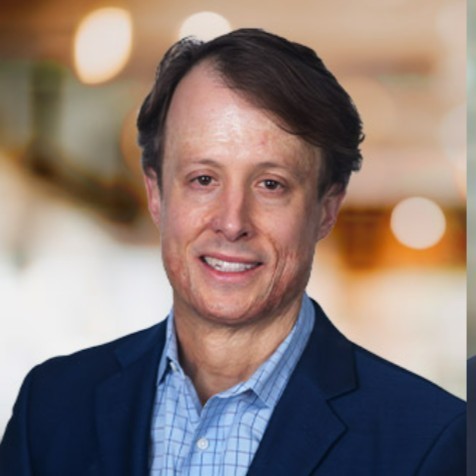 “(The recession and rising interest rates) are happening to everyone,” Dunton said. “It’s just we’re rebalancing our investment portfolio of projects that we have under construction versus other things.

“As we think about our entire investment portfolio, we’re shifting a little bit more of our resources toward acquiring existing assets rather than building from scratch,” he said.

Scott’s Edge II was to be a de facto second phase to Scott’s Edge, a 94-unit building that was one of Scott’s Addition’s earliest historic rehab tax-credit, adaptive reuse projects. Bonaventure bought the original Scott’s Edge in late 2019 for $17.6 million.

Dutton said Bonaventure has about 10 buildings under construction throughout the Mid-Atlantic and Southeast and it owns around 30 more properties that are already completed.

Northmarq’s Wink Ewing, Mike Lowry and Matt Straughan have the listing, which does not include an asking price. The city most recently assessed the land at $2.9 million. 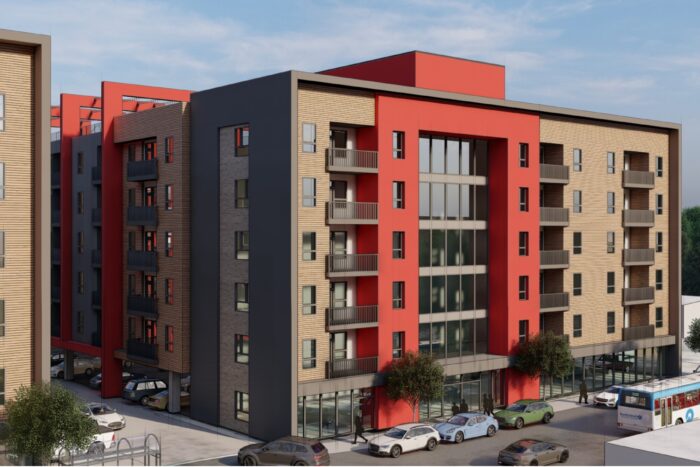 The highest price tag for land on record in Scott’s Addition on a per-acre basis is currently $4 million, which Capital Square set last year with its $10.8 million deal for N. Chasen & Son’s 2.7 acres along West Marshall and Clay streets, where it’s planning to build 350 apartments.

The highest per-acre price tag the city’s ever seen came last fall when Brooklyn-based Avery Hall Investments paid $5.9 million per acre for the riverfront land in Manchester on which it’s planning to build a pair of apartment towers reaching 16 and 17 stories.

Avery Hall picked up that land from a local development group that, similarly to Bonaventure, had included approved plans and permits in the offering, though Avery Hall wound up not using those plans and designed its own project.

About half of the Bonaventure site was previously home to Ironwood Automotive before its owners sold to the developer and relocated their auto shop a few blocks north to the Westwood area.

The Richmond 300 plan recommended an extension of Norfolk Street through that property and over the tracks, then under I-195 to Westwood. I assume that this development plan precludes that one, though the expense of such an extension was never practical anyway. There’s another deal coming across the street as well, encompassing the shuffle board center and the Dairy Barn. Any news on that, BizSense? No parking lot or one story flat roof building is safe in ScottsAddition,

Wait are you saying Tang and Biscuit Shuffle Board and Biscuit and Gravy (old Dairy Bar) might be going away for another development? Both are owned by the same group. Would hate to see either of these close down.

Be nice to see the model go out of fashion, but that may be too optimistic. 😉

They overpaid for the complex and should have focused on its many issues rather than directing all attention to the new project/land acquisition. Hated to see Ironwood go, but thankful they got the good end of the stick with that sale!

Wow – I hate to see this project stall. 😕

Here’s hoping Bonaventure can find a buyer ready to hit the ground running on this set of buildings.

Does the owner’s agreement(s) with their architect and other consultants allow them to sell the design/drawings along with the land?

Glad to hear it’s canceled because that building is extra ugly.