A rendering of the new three-story building that would rise along Forest Hill Avenue. (Courtesy Daniil Kleyman)

The area around Forest Hill Avenue and Westover Hills Boulevard continues to evolve, as a pair of local developers are looking to replace a vacant bank building in the neighborhood with dozens of apartments.

An entity tied to Kleyman and Dodson bought the roughly 1-acre site in November 2022 for $1.2 million. A new building with 40 apartments and around 8,000 square feet of commercial space is planned.

The site is currently home to a vacant 4,000-square-foot Bank of America branch, which was shuttered in 2021 and will be razed to make way for the new building. 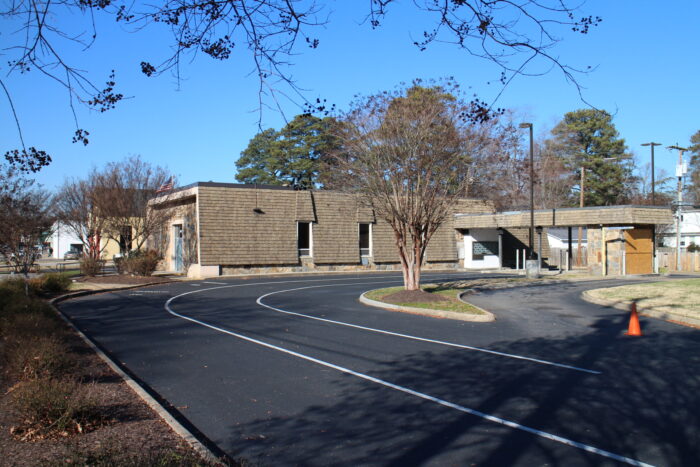 The project will be the first in the Forest Hill area for Kleyman, who in recent years has become one of the busier developers in and around Church Hill and Union Hill. Dodson, meanwhile, has turned to focusing more on development after selling off his property management arms last summer.

Kleyman pointed to the nearby Hill Standard project and planned redevelopment of the Westover Place shopping center as reasons for their bullishness on the Forest Hill and Westover Hills areas. 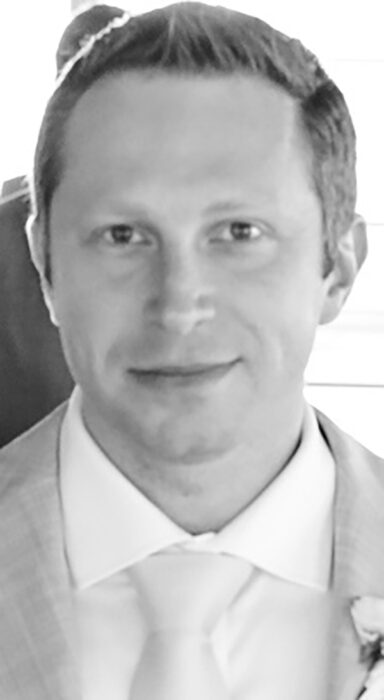 For the new building’s commercial space, Kleyman said it could be split into as many as six suites and that they may follow a script similar to what he did at 2416 Jefferson Ave. in Union Hill, where he and Matt Jarreau filled the commercial spaces of their new mixed-use building with a mix of local restaurant and office users.

“This will be similar: great local businesses the entire neighborhood can get excited about and walk to,” Kleyman said. “We envision one or two (food and beverage) concepts here with the rest being other local neighborhood businesses.”

The project would have 63 parking spaces, and each apartment would have its own outdoor patio or deck, an amenity Kleyman said he’s found to be more in-demand than common area amenities.

Architecture Design Office is the architect on the project, and Sekiv Solutions and ONeil Engineering Services are the engineers. Kleyman said they have not yet selected a general contractor.

Dodson and Kleyman are hoping to break ground sometime in the second half of 2023.

Another of Dodson’s new projects is a partnership with developer Tom Papa on a six-story apartment building in Manchester.

Well done! It’s an extremely modest build with retail and F&B opportunities. Many won’t like the amount of parking spaces but it’s geared towards serving the neighborhood not surburban dwellers. Now can we revisit the food co-op for the Family Dollar or other micro grocer options.

I’m okay with the parking. Glad to see this development planned. Very exciting to see how much the Westover Hills area (and Forest Hill Avenue in particular) is picking up steam in revitalizing!

The Hill Standard project has turned out well, but from the limited information shown above the straight facade does not seem to have the same character and the concrete pad on the corner does not seem as inviting as the gathering spaces at the Hill Standard. I hope they do some more work on the community gathering spaces for the food concepts. Also, unlike the Hill Standard, this development will back up directly to SF residential so more care will need to be given on how the back side of the development is addressed.

I grew up just a mile and a quarter west of this site -and used to bank at that old BoA for years way back when. Very glad to see this development come to Forest Hill Avenue. Wow – that neighborhood is REALLY revitalizing! So happy to see this!

Kudos to Daniil Kleyman – wow – his company is really blowing up with projects these days, what with all the redevelopment and infill they are doing in the East End. Glad to see he’s taking the Nestea Plunge and investing in Westover Hills.

This is some good infill.

Still wish someone would restore the movie theater back to its original glory.

“ each apartment would have its own outdoor patio or deck” HUGE selling point. This building will get leased up so fast. Right across the street from Little Nickel too.

Since it was mentioned, what’s going on with the Westover Place shopping center redevelopment? I haven’t seen any changes at the site.