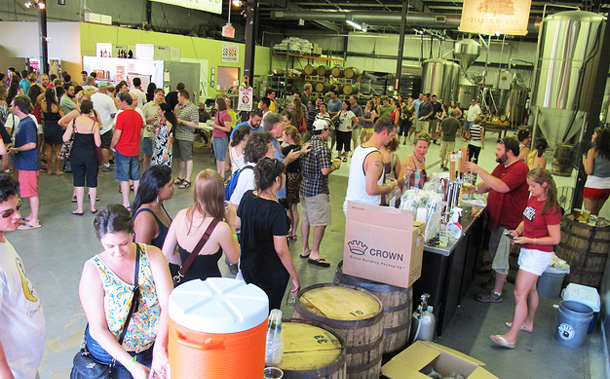 Wedding bells might soon ring from one of Richmond’s newest breweries.

Hardywood Park Craft Brewery has expanded into the building next door to free up more space for live events — including wedding receptions.

“I don’t think it would have occurred to us when we first opened that someone would want to have their wedding at our brewery,” said Eric McKay, one of the co-founders of Hardywood. “But as we make enhancements to the aesthetics, it becomes more of an attractive option for craft beer fans out there.”

Hardywood just signed a lease for 19,000-square-feet at 2410 Ownby Lane, near the Diamond. The new building will give the fast-growing brewery extra office space and room to store kegs, grain sacks and supplies.

Moving extra equipment next door will also help clean up the look of the brewery and make it more attractive for outside events.

“We’ve had requests for everything from wedding receptions and rehearsal dinners to office parties,” McKay said.

“We just have so much stuff in the brewery that most people holding events would consider junk but could be stored in the other building.”

Hardywood’s events at its 12,000-square-foot facility have drawn far larger crowds than McKay anticipated: About 5,000 revelers attended the brewery’s Fourth of July celebration, and weekly parties with food trucks onsite have been drawing steady crowds.

“We didn’t know what to expect with regard to selling onsite,” McKay said. “Fourth of July was little overwhelming for us. We’ve learned some valuable lessons.”

Hardywood is shrinking its offices to make its bathrooms more accessible and to expand retail space and the tasting room, where barkeeps fill growlers and pint glasses. 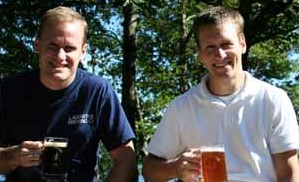 It’s all a result of a recent change to Virginia law that allows breweries such as Hardywood to sell beer for consumption onsite.

McKay co-founded Hardywood with Patrick Murtaugh last year and began selling their beer about a year ago.

The new building is owned by Plan 9, the Carytown record store.

McKay said Hardywood might try to purchase the building at some point.

The second building might eventually be used for a larger, automated bottling line. For now, the brewery bottles by hand. Hardywood also recently invested in a fermenting tank that will expand its capacity, McKay said.

The brewery is looking to hire a hospitality manager to handle events, oversee the tasting room and train new servers.

It has nine employees to pour beer and eight to brew.

The success – the EXPLOSIVE success – of Hardywood is a terrific thing to see. They’ve not only created some great beer, they’ve created an entire community around that beer that literally bust down the doors to the tasting room every day they’re open.

Long may they brew. And I’m not even a hop-head =)

Yea, the beer is really, really good. The Abbey is very tasty.

Haven’t had a chance to try the Hardywood beer but sounds like I need too. Congrats on your success w/ the biz growth – great to see here in RVA.

I wish them luck. And I wish I liked the beer. I try to drink it to support them, but enough of the malty alcohol bombs..