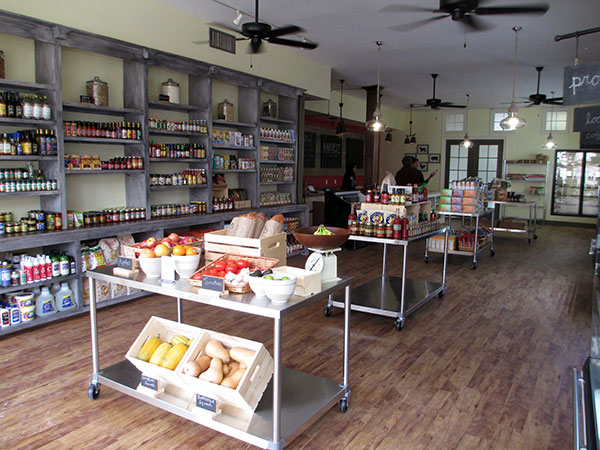 Inside the new Harvest Grocery and Supply at 1531 W. Main St. (Photos by Michael Thompson)

A pair of local grocery stores quietly opened in January.

Hunter Hopcroft on Jan. 22 opened Harvest Grocery and Supply at 1531 W. Main St. The grocery store got its ABC license a day later. 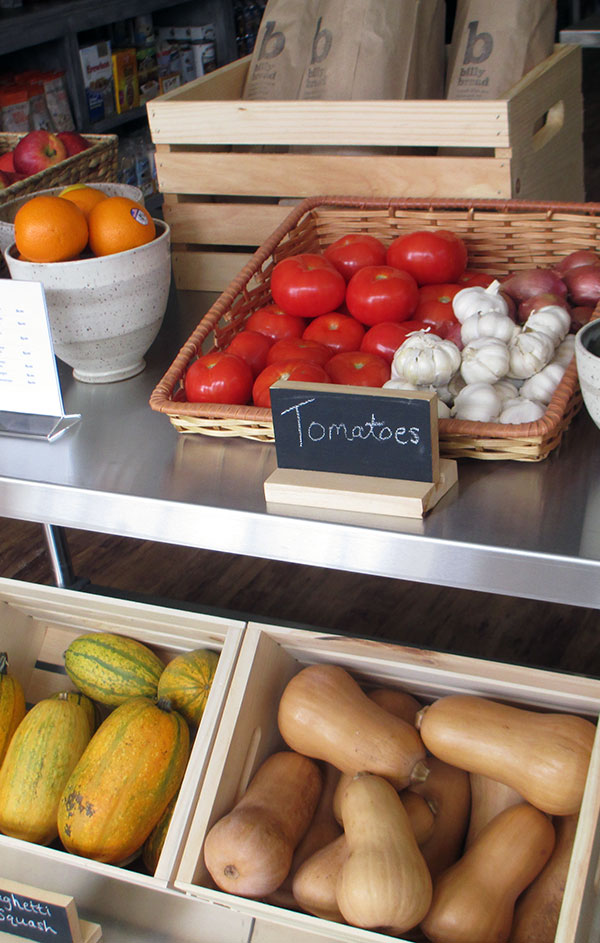 Hopcroft said he opened a little earlier than planned for shoppers scrambling because of the snowstorm that hit Jan. 21.

“We wanted to give people in the Fan a chance to get some basics,” Hopcroft said. “We’re probably 70 percent stocked.”

Some of the local businesses represented on Harvest’s shelves include Manakintowne Specialty Growers in Powhatan, Polyface Farm in the Shenandoah Valley, Milton’s Local Harvest in Richmond, McClellan’s Meats and Eggs in Baskerville and Local Food Hub in Charlottesville.

“I set up the store I want,” Hopcroft said. “The way we did the buildout gives us room for expansion.”

Hopcroft said that possible expansion plans include serving coffee and prepared sandwiches but that he wanted Harvest to remain a grocery store first. Hopcroft plans to host monthly classes at the shop. The first class, planned for February, will deal with backyard chicken farming.

Farther east, a band of first-time grocers opened their own niche grocery store in Church Hill. 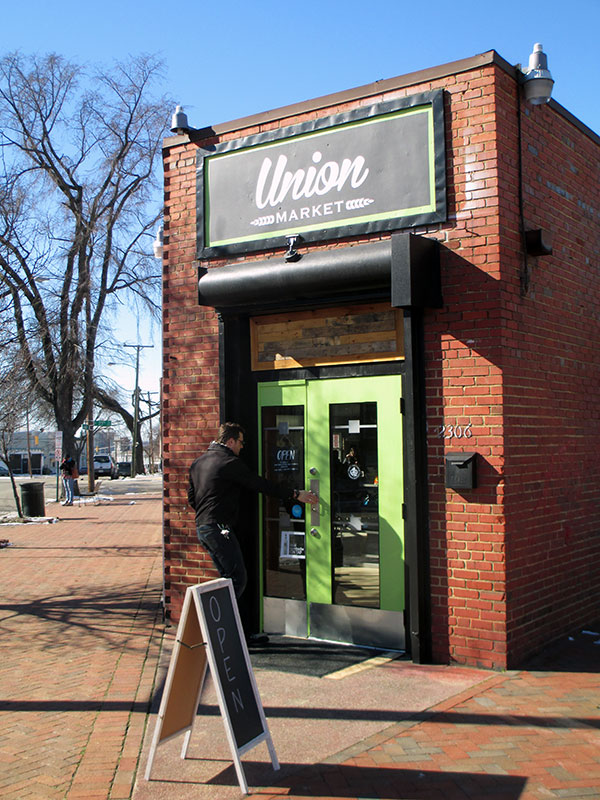 Field would not say how much it cost to open the shop but said it was about the amount she expected.

“We wanted to get open in January, and we made that happen,” Field said.

At Union Market, shoppers can pick up their groceries, take a load off at the bar and grab a bite to eat.

A grand opening was held Jan. 25. Field said she and her fellow grocers plan to have a patio ready for the spring.

“We only hope to expand,” Field said.

Another grocery store, the Franklin Street Market, is in the works in Shockoe Bottom at 1711 E. Franklin St. 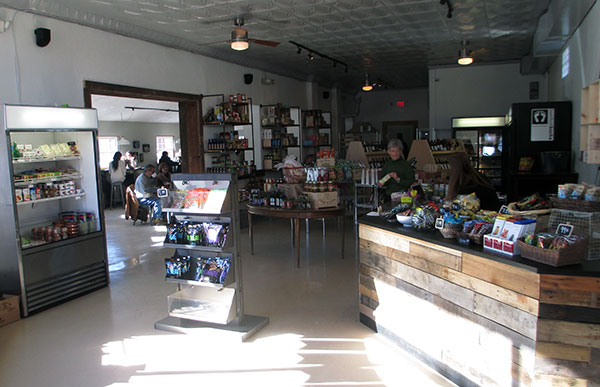 Inside the new Union Market.

Just had lunch at Union and it was fantastic! They have a great beer selection too and unlike a lot of convenience stores the price is right, even cheaper than some of the large grocery stores.

Can anyone provide more detail on the Franklin Mkt? Seems like that one has been in the works for a long time.