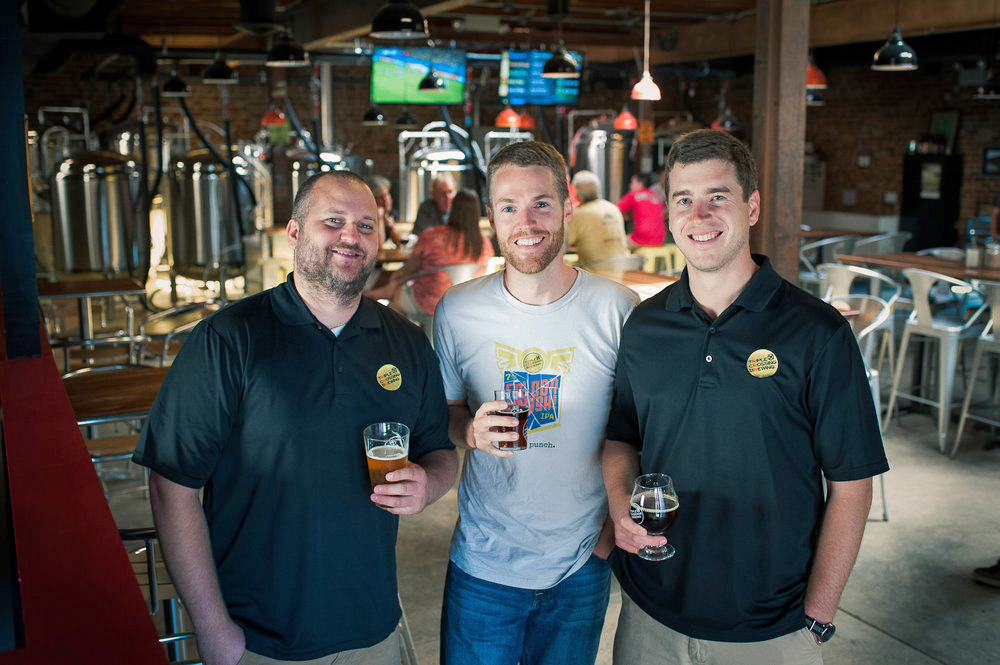 As California-based Stone Brewing Co. puts the finishing touches on its massive facility on Williamsburg Avenue, the local Triple Crossing Brewing is planning to up its own production output at a building it purchased a half mile away.

Triple Crossing announced Monday it has bought a 30,700-square-foot building at 5203 Hatcher St., just off Williamsburg Avenue to the south of the Stone site. The building, which previously housed Lakeside Heating, A/C & Plumbing Services, is directly across Hatcher from the S.B. Cox salvage yard.

Adam Worcester, who started Triple Crossing in April 2014 with fellow owners Scott Jones and Jeremy Wirtes, said the building will supplement Triple Crossing’s smaller downtown facility at 113 S. Foushee St. That location will remain open and continue to brew its current output of just less than 1,000 barrels a year.

“We knew early on that we wanted to start with something small and see how the concept worked and how the beer was received,” he said. “We started to very quickly realize we had something that most businesses are very happy to have, which is a supply-and-demand imbalance. We were having lots more people ask for our product than we were able to produce.” 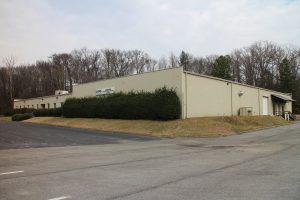 Triple Crossing will set up shop at 5203 Hatcher St. Photo by Jonathan Spiers.

“We can’t do any cans in our current location, because it’s too small to fit even a mobile canning unit, so we’ve just been doing by-hand bottling,” he said.

Worcester said the brewery, whose beer is currently distributed by Brown Distributing to about 10 local restaurants, was drawn to the Fulton area due to Stone’s investment there: a 200,000-square-foot facility valued at $74 million. He also noted other interest from the city and developers in revitalizing the area.

“We felt like we needed to tackle it sooner rather than later, because as Richmond continues to grow and as more and more businesses want to come here and see it as a great destination, a lot of properties are getting scooped up,” he said.

Triple Crossing selected the site over other properties with help from brokerage JLL. Chip Louthan and Ken Barnhill of Colliers International had the listing, which hit the market last month after Lakeside Heating moved across the river to a smaller space at 1622 Commerce Road. The brewery also received legal counsel from LeClairRyan.

Worcester declined to say how much Triple Crossing paid for the property or what it would cost to develop the site. The city’s most recent assessment valued the 1.6-acre property at $373,000. Financing was secured through First Capital Bank, which was acquired last month by Park Sterling Bank.

Worcester said the building is tentatively planned to open toward the end of this year. In addition to the production facility, plans call for a 3,000-square-foot tasting room and a wraparound patio.

The contractor for the project is Smith Construction Services, which worked with Triple Crossing on its Foushee location. The architect is RML Architecture.

Worcester said the location would require about 10 additional employees on top of the five – one full-timer and four part-timers – who currently staff the Foushee location. He said the two facilities, while located miles apart, are strategic in their positioning.

“Foushee is on one end of the city in the Monroe Ward area, and this property over in Fulton is on the complete opposite side of the city, attracting totally different markets,” Worcester said. “I think it plays well that they kind of straddle the city.”

Triple Crossing is the latest local brewery to go forward with a second location. In November, Hardywood Park Craft Brewery broke ground on a 60,000-square-foot facility in Goochland.