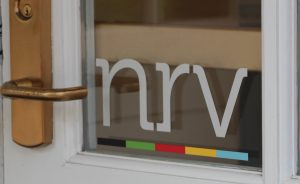 New Richmond Ventures downsized its brand name to NRV in an effort to branch out from Richmond.

A Richmond-based venture capital firm has a new name and is making a new push to fill its coffers with extra cash.

New Richmond Ventures, recently rebranded as NRV, launched a $30 million capital raise, according to SEC documents filed in late May.

NRV spokesperson Liz Doerr did not comment on the strategy behind the new fund, or the firm’s progress toward the $30 million goal. The fund is labeled in the SEC filing as the NRV Early Stage Growth Fund.

Since its launch in 2011, the firm has invested $125 million in equity in 14 companies, according to its website. Its local investments include WealthForge, Health Warrior, PlanG and Evatran.

Officials launched NRV’s new website with its retooled brand in May, director of platform Liz Doerr said in an email, after company officials decided to expand its “geographical focus on all of Virginia” in January.

Haxall Point Partners, a spin-off of Canal Capital Management in Shockoe Bottom, has a new fund in the works that could raise up to $35 million.