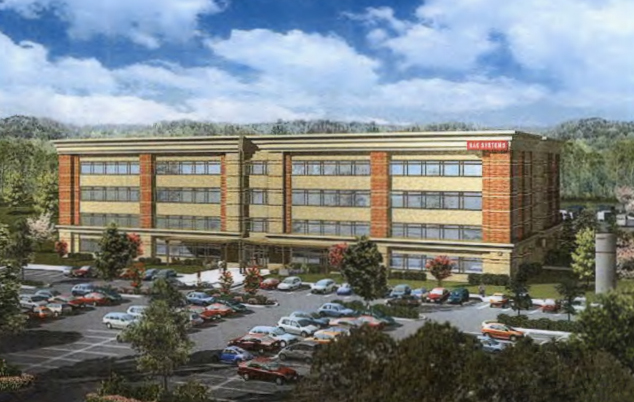 A rendering of the planned office space at Duke Homes’ Bacova Drive development.

A Henrico-based developer has its sights on Short Pump for its latest project and is planting its flag in the custom homebuilding market.

Duke Development is planning 209 townhomes and 8 acres of office space on a 40-acre property at 12600 Bacova Drive, on the west side of North Gayton Road just north of Interstate 64.

The project went before the Henrico planning commission last month but was deferred to its meeting in April. Principal G. Brian Duke said he’s working on requests to move the project’s office component closer to Gayton, provide a point of access for a planned road to the north, and revise some of the buildings’ architectural designs.

Duke said the land – across Gayton from the Marshall Springs at Gayton West apartments, part of developer Robert Babcock’s 165-acre Bacova development – is adjacent to a 205-acre parcel to the north that Henrico County is eyeing for a future school or park. He said the proximity to that parcel and to the interstate, where an interchange with Gayton is also planned, made the property appealing.

The townhomes would be built in groups of six and include garages underneath.

“There aren’t that many parcels left in western Henrico,” Duke said.

He said the parcel is under contract to be purchased. It is owned by trustees of Helen L. Payne and John I. Long, according to county property records. A recent county assessment valued the land at $3.9 million.

The townhomes would each be at least 1,700 square feet and include at least one attached garage. The four-level units would be built in clusters of six, with garages on the ground level and three floors of living space above each, according to renderings of the buildings. Facades would include brick, stone and Hardiplank.

Duke said StyleCraft Homes is designing and signed on to build the townhomes. A builder is not lined up for the office portion, which Duke said would not be developed right away. Bay Design Group is providing engineering.

“I think it will complement what’s around it,” Duke said of the project. “That’s a more affluent area, so what we’re providing is going to be consistent with that – a lot of brick and stone and Hardiplank. People are going more toward low-maintenance living, so the product is going to be upscale but also low-maintenance.” 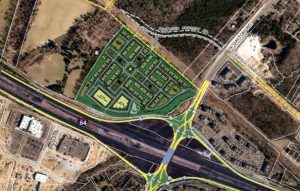 Duke Development is planning 209 townhomes and 8 acres of office space at 12600 Bacova Drive.

Duke said the project cost $10 million. If a requested rezoning and provisional-use permit receives the commission’s support in April and approval from county supervisors, he said construction could start in late 2018, with the townhomes built in two phases over a year or two.

In the meantime, Duke Development is launching a custom homebuilder brand: Duke Homes. While the company has renovated and built homes in the past, Duke said the new brand is a more concerted effort to put its name in the market.

“The ones we built before, we didn’t heavily market the name of the company, but we have decided to take that to another level,” he said.

The company has launched a website and Facebook page for Duke Homes, and it has added Melody Hackett, previously with Royal Dominion Homes and Stanley Martin Homes, to lead the division.

Duke Homes is building the first homes under its brand in Alden Parke, a 59-home subdivision Duke is developing near Twin Hickory. That project moved forward last year with the relocation of eight graves that were on the 32-acre site.

Duke said construction is also underway at Emerson Mill, a 50-home subdivision his company is developing on 55 acres near the Henrico-Hanover line.

While those projects consist of single-family homes, the Gayton Road project would not be Duke’s first shot at a townhome development. The company was also behind the Three Notch Place townhomes south of West Broad Village.