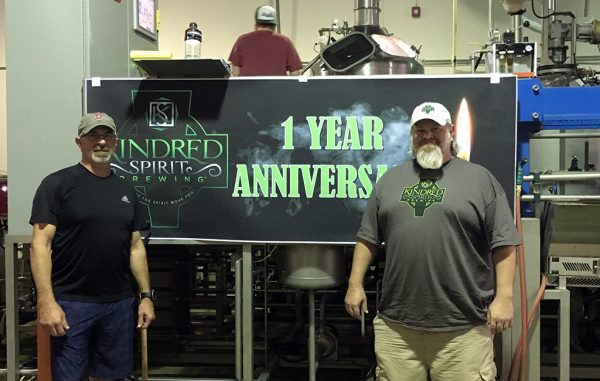 One of the region’s youngest breweries is giving itself a first-birthday gift.

Kindred Spirit Brewing, which just celebrated its first year in business, is ramping up its production capacity at its Goochland facility to meet demand.

The company is preparing to add two 60-barrel fermenters to its brewery at 12830 West Creek Parkway in the West Creek Business Park. The additions will take it from a 5,000-barrel brewing system to roughly 7,000 barrels.

Co-owners and brothers Joe and Jason Trottier said they hope to have the tanks operating in the next few months.

Joe Trottier said the increased volume will help Kindred Spirit supply restaurants and retailers statewide that carry its beers, including some of the Richmond area’s newest grocers.

“We’re in Wegman’s and Publix,” he said. “But you have to prove you can keep up stock.” 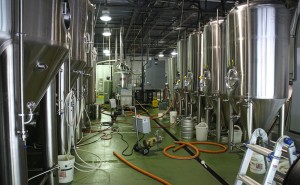 Trottier would not disclose expansion costs. The company uses Brown Distributing as its local distributor.

And what keeps Kindred Spirit’s product moving isn’t just inside its cans. It is working with Sarah Forman of local graphic design agency Foggy London Towne on can graphics.

“We put a lot of thought into the design on the shelf. You need to stand out,” Jason Trottier said.

Kindred Spirit isn’t the local brewery to up its capacity this year. The Veil Brewing Co. also added tanks to its brewery in Scott’s Addition in the spring. Ardent Craft Ales is mulling an expansion that would raise its roof to allow for higher tanks.