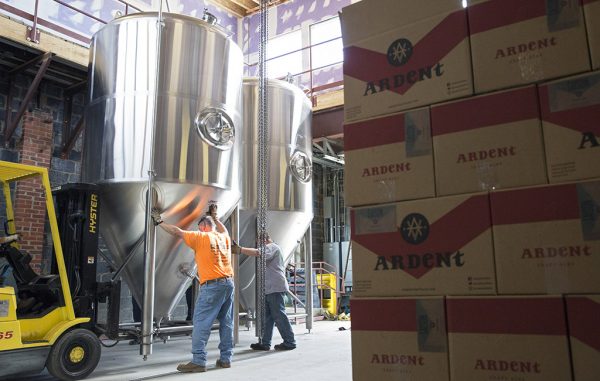 A Scott’s Addition brewery is ordering another round of tanks as it extends its distribution footprint within the state.

The 3-year-old brewery became its own landlord in March, purchasing its 26,000-square-foot building for $1.4 million. It then raised a portion of its ceiling by 12 feet this summer to make space for the new tanks.

“We’d been bumping up against our brewing capacity,” said co-owner and director of operations Tom Sullivan. “We’re adding three fermenters and one brite tank; it’ll not quite double our capacity.”

It’s the second expansion in two years for Ardent, after adding a bottling line and 60 barrels of brewing capacity in 2016.

To bring the company’s beer to D.C. and Northern Virginia, Sullivan said, it signed with Hop House Distribution, the same distributor that recently brought on Vasen Brewing – Ardent’s down-the-street neighbor.

“It’s like the Wild West up there, it’s nationally competitive with other breweries,” he said of D.C. “It’s nice to be the new guy, but it’s difficult to keep brand loyalty.”

Sullivan said smaller distributors like Hop House are filling a niche in helping bring beers from the Richmond region to the rest of the state.

Ardent is also sold in Williamsburg, Virginia Beach and parts of the Northern Neck through ChesBay Distributing. It sells locally through Brown Distributing, and Sullivan said about 90 percent of beer is sold and consumed in Richmond. 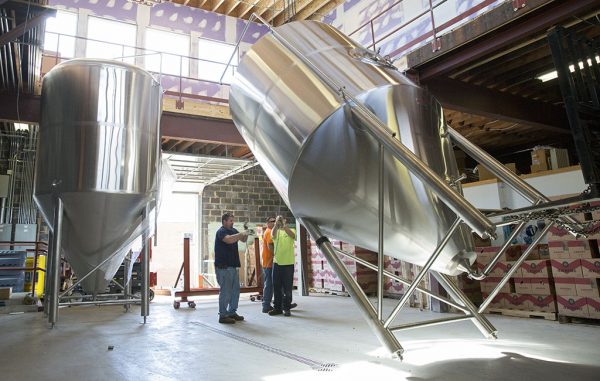 Ardent raised its ceiling by 12 feet to make space for the tanks.

[…] in recent years from a historically industrial district to a haven for apartments, offices and breweries, as well as new recreation uses such as a recently opened […]