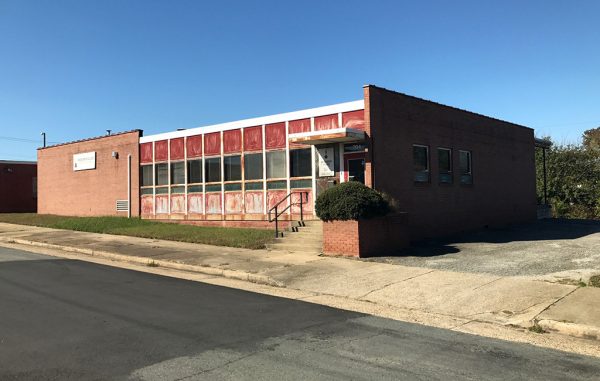 Richmond is about to get another brewery, this time in the city’s Northside.

Nic Caudle and Travis Dise are part of an ownership group that is under contract to purchase the building for $285,000. Colliers International broker Sara Marie Williamson is representing them in the deal. The 117-year-old building was assessed this year at $232,000.

Dise said they hope to open the brewery in spring 2018, with a four-barrel system and 3,000-square-foot taproom.

Caudle, a longtime home brewer who also works in IT, is planning to brew “funky” beers, made with wild-caught yeast, aged in oak barrels, or sour brews. Dise, who works for Iron Heart Mobile Canning, which cans beers for many local breweries, said one of Tabol’s tentative flagship beers is fermented with honeysuckle.

If all goes as planned, both Caudle and Dise intend to make the brewery their full-time gigs.

The tasting room will seat about 100, and Dise said they hope to add outdoor seating.

“We intend to build a deck, pending city approval. That’s something we’re really excited about,” he said.

Tabol will be the first brewery in Northside, but will have plenty of competition nearby with Scott’s Addition’s bevy of brewers, Hardywood and Castleburg near The Diamond, and Final Gravity in Lakeside, among others.

Dise said they hadn’t initially planned to head to Northside, but are bullish on the neighborhood.

“That could really be the next area that jumps off in Richmond, when you’re talking about Brookland Park Boulevard nearby, and just south we’ve got VCU, and Jackson Ward’s doing some great things,” he said. “It could all pitch in and be a really cool part of town.”

The name Tabol (pronounced “table”) stemmed from a joke Caudle cracked, saying breweries were getting into so many lawsuits over naming rights that they wouldn’t be able to use the English language.

Tabol is one of several new brewery spots in city limits. Goochland-based Lickinghole Creek Craft Brewery has opened a satellite taproom in Shockoe Bottom, and Chesterfield-based Steam Bell Beer Works is planning an offshoot taproom in the Fan.

congrats Nic! I’ll expect good tunes to be a staple in there.