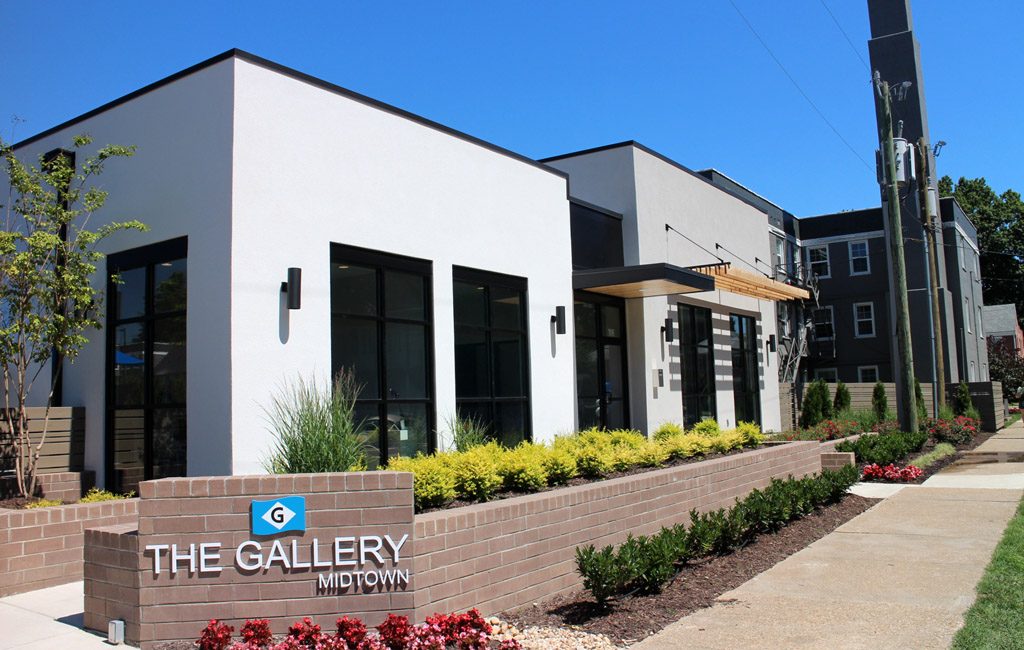 Less than a year after finishing $8 million in upgrades to nearly two dozen apartment properties in the Fan and Museum District, a local development company and its Boston-based collaborator have put the portfolio on the market.

The portfolio, which includes The Gallery Midtown complex at 308 N. Nansemond St., was listed in mid-January by ARA Newmark’s Wink Ewing, Mike Marshall and Drew White. A flier for the listing does not specify an asking price or deadline for offers.

After selling six of the 29 properties that made up the Jefferson portfolio for $6.36 million, Spy Rock renovated the remainder of the units, which include the 157-unit Gallery Midtown complex and 219 apartments scattered among 20 buildings throughout the Fan and Museum District, collectively branded as The Collection Midtown.

Spy Rock capped off those renovations last summer with the completion of a clubhouse and swimming pool at Gallery Midtown, previously known as River City Court. According to the flier, Spy Rock and Davis put $8.4 million into the upgrades over the course of two years.

Spy Rock principal Andrew Basham said putting the portfolio up for sale has been the end-goal from the beginning for Davis and his firm, which he co-leads with fellow principal Taylor Williams.

“We are following a prototypical, institutional playbook on this deal,” Basham said. “We’ve come in, we bought an asset that needed some love, we’ve made the upgrades we intended to do, we’ve repositioned it, and now we’re interested in seeing if there’s a market to sell it. That’s done all the time around here; it just happens to rarely be done in the Museum District and the Fan at this scale.”

Totaling nearly 298,000 square feet of rentable space, the 376 units are 96 percent occupied, with average monthly rents of about $1,200. The portfolio was 83 percent leased when renovations wrapped up last July. Average unit sizes range from 768 square feet at Gallery Midtown and 810 square feet for the Collection apartments.

Basham said interested parties are actively touring the property and he expects to receive offers by the end of this month.

While the properties are offered for sale as a portfolio, Basham said they’re open to considering offers for the Gallery and Collection units individually.

“Nobody’s making any more real estate in the Museum District and the Fan,” he said. “We would collectively be more than happy to keep this in the portfolio for the time being if we are not able to achieve our overall expectations on price.”

Spy Rock’s other projects around town include a mixed-use development at the former Symbol Mattress Co. site in Scott’s Addition, where it also developed The Preserve in Scott’s Addition apartments. The firm is also working in that neighborhood on a retail-office conversion of the McKinnon and Harris building at 1806 Summit Ave.

The Midtown listing comes at a time when a number of older multifamily properties in the market have hit the market and landed buyers.

A pair of Henrico apartment properties – the 159-unit Millspring Commons and 292-unit Village at the Arbors – traded hands late last year, both in eight-figure deals to out-of-town buyers. The 255-unit Oxygen at Centerpointe in Chesterfield County sold in November for $45 million, followed by the $42 million sale of the 320-unit Hunter’s Chase and a $28.2 million deal for two neighboring complexes along Jefferson Davis Highway.

It’s a hot market! There will be a buyer for this portfolio at a reasonable cap rate. I’m surprised they went for the whole grouping at once since it’s scattered, and alongside the current Loupassi Fan/Museum Distric portfolio this effectively floods the market with product. There’s a lot of choice right now.