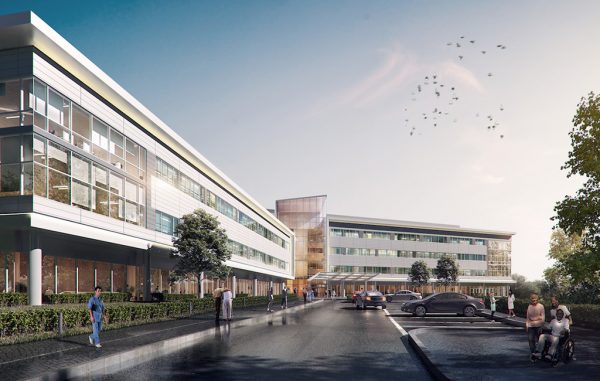 Work is officially underway on a $119 million healthcare project in Short Pump.

Dubbed the Sheltering Arms Rehab Institute, the joint venture will have 114 beds, provide care for those recovering from stroke and spinal cord and brain injuries, and provide general rehabilitation for neurological diseases and disorders.

Dozens gathered Tuesday for a ceremonial dig at the facility, which is expected to open in spring 2020. Among those who spoke at the event were current Sheltering Arms patients, VCU president Michael Rao and VCU Health CEO Marsha Rappley.

Rao described providing rehabilitation to those in need as one of the university health system’s top priorities.

“The need for what we’re doing is growing, and it’s going to continue to grow,” he said. “We owe it to people to solve the most vexing problems they face, and physical issues are some of the most incredibly difficult ones they do face.”

Cole Sydnor, a Richmonder who damaged some vertebrae and lost function in much of his arms and all of his legs and core after diving into the James River in 2011, also spoke at the ceremony.

Sydnor, who studied at the University of Richmond, had to stay at a facility in Georgia for physical rehab after his accident and said Tuesday how the new Sheltering Arms facility will allow other Virginians to stay closer to home for such treatment. 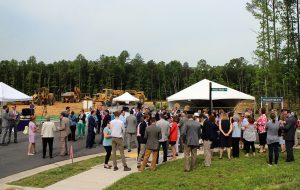 A few other pieces had to fall into place for the facility before groundbreaking.

After the project’s announcement in 2016, VCU Health and Sheltering Arms had to obtain a Certificate of Public Need and gain approval for $76.5 million in bond funding.

Hourigan Construction is the project’s general contractor and HDR is the architect.

Elsewhere in VCU’s health system, work continues on the $87 million School of Allied Health Professions building and plans are in the works for a $350 million adult outpatient facility.