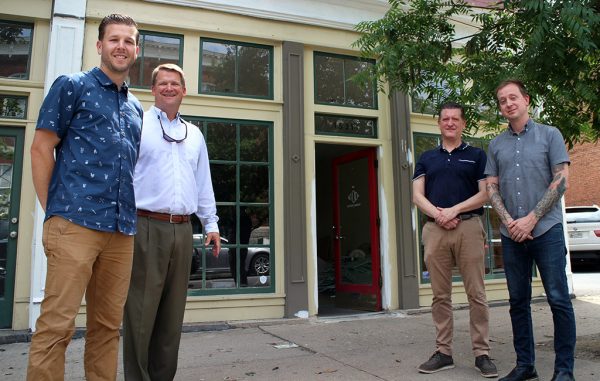 Another residential real estate brokerage is enlarging its local footprint.

The Steele Group | Sotheby’s International Realty is opening a new sales office at 1531 W. Main St. in the Fan, extending its reach from its headquarters at 6726 Patterson Ave.

Steele Group vice president and managing broker Bo Steele said the company had been eyeing a second location to increase its visibility and have a presence in areas where it is active, such as the Fan.

“We feel like the Fan is an optimal place for the Sotheby’s brand. We wanted something in an up-and-coming area where things are going on and there’s a lot of foot traffic,” Steele said, noting the storefront’s location near Lombardy Street between Foo Dog restaurant and the recently opened Canon & Draw Brewing Co.

“We wanted something that was retail-oriented so we would have a real connection to the street. The office we’re going to have, it’s got big display windows in the front, so it’s going to be a very different concept than an office like where we’re in now.”

Steele said the company signed a five-year lease with property owner P&J Properties. It will not have access to the building’s second floor, which has several apartment units.

The company is working with contractor Chris Kardian of CK Renovations to renovate the space, which was spotted by Steele agent Casey Smith. Smith and fellow agent Justin Owen are assisting Bo Steele and older brother Taylor Steele on setting up the office, which will serve as home base for about 20 agents. 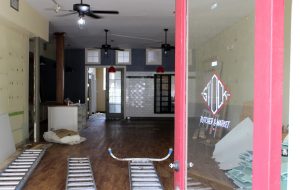 Plans call for a reception area beside the front door, with the bulk of the space open with individual desks or tables.

The space will include a coffee bar and enclosed, glass-walled meeting room toward the back.

The space also comes with four dedicated off-street parking spaces beside the building and access to more. Bo Steele said they picked the location in part because of parking availability.

Steele did not say how much the renovation will cost. He said signage should go up above the storefront in the next several weeks, and it aims to move into the space in August with a grand opening targeted for September.

The move comes nearly 70 years after the brokerage started in 1949 as Proctor Realty. It became known as Virginia Realty & Relocation before changing its name to The Steele Group in 1979, around the time it established its Patterson Avenue office.

In 2014, the brokerage joined up with luxury real estate brand Sotheby’s, and it continues to serve as SIR’s sole Richmond affiliate. A family business, the brokerage is owned by principal broker Bill Steele, Bo and Taylor’s father, and their mother, Harriett “Pooh” Steele, is also an agent.

The company has a roster of 62 agents and employs six full-time office workers. As of Thursday, it had 47 active listings.

Some of its listings are among the priciest in the area. In February, it sold the 10,000-square-foot Rothesay mansion with a purchase price of $3.7 million. The same month, it picked up the 16,000-square-foot River Run Manor, the most expensive residential listing in the area at $4.9 million.

The Steele Group is the latest brokerage to add to its local office count. Long & Foster recently opened its newest office in the Patrick Henry Square development in Church Hill, and Shaheen, Ruth, Martin & Fonville plans to open its second office in the Libbie and Grove area.

Congratulations on the new location! I have loved working with The Steele Group for years – such a great group of people!