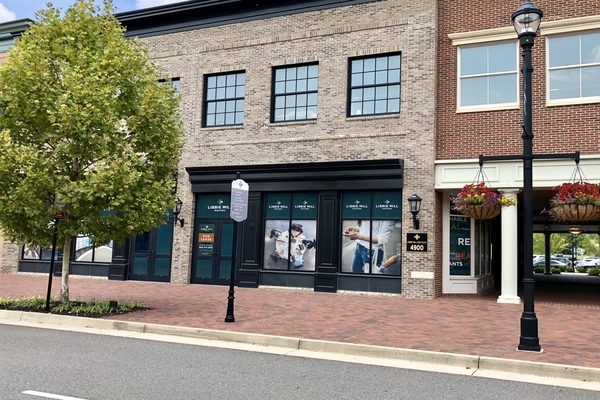 A Hanover restaurateur is going for thirds, this time in Henrico.

The 6,000-square-foot restaurant is aiming for a March 1 opening and will be the second eatery in Libbie Mill, across the street from Walter Bundy’s Shagbark.

“We love the location,” Cohan said. “Everything that they’re doing here is impressive, and when we were presented with this opportunity, we decided that it was a good fit for us.”

Crafted will be Cohan’s third restaurant. He launched Riverbound Cafe about 14 years ago at 8005 Creighton Parkway in Mechanicsville. Around 2009, he opened Marty’s Grill in the Rutland Shopping Center in the Hanover County suburb.

While the menu remains in development, Cohan said Crafted will feature traditional American breakfast, lunch and dinner items, as well as a stocked bar.

“We’re going to be taking some of the dishes that we’re known for and adding to them at this restaurant,” he said. Everything will be made from scratch and will be fresh to order.”

Plans call for the space to include regular and private dining areas, as well as a bar.

Ashland-based Perretz & Young Architects is overseeing the design of the new restaurant. Gauman Commercial Construction is the general contractor.

Cohan would not disclose lease terms or a cost estimate for what he and managing partner Justin McDonald plan to spend on the venture.

Cohan and McDonald together also own Brewville – a beer shop in Rutland Shopping Center that opened in 2015.

Lumber Liquidators, the publicly traded national wood flooring retailer, is moving its corporate headquarters from Toano into the 53,000-square-foot former Southern Season building at 4901 Bakers Mill Lane in the development – bringing an extra 200 workers to the neighborhood.

An uptick in office space inquiries has prompted Gumenick to announce plans for Harp’s Landing, a six-story, 142,000-square-foot office building beside Libbie Mill Library, in the center of the project between Staples Mill Road and Libbie Avenue.

“We’re impressed with Libbie Mill and what it promises to be,” Cohan said. “There is so much happening here, and we feel moving forward with a new restaurant here is going to be well-received by the businesses and people that live here.”