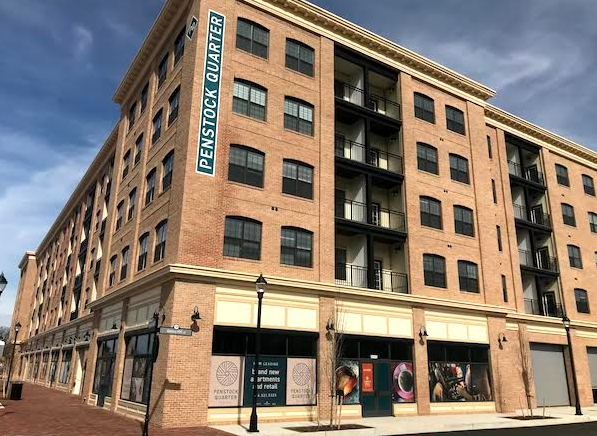 Burn Boot Camp is preparing to open a location at Libbie Mill-Midtown, making it the second national franchise to sign on in the development. (Mike Platania)

The Libbie Mill-Midtown development has landed another commercial tenant, this time with a local real estate agent’s fitness franchise signing on.

Burn Boot Camp plans to open a new gym in the mixed-use development, across from the Libbie Mill Library on the bottom floor of the newly built Penstock Quarter apartments.

The Libbie Mill location will be Burn Boot Camp’s fifth in the area. Its others are in Short Pump, Midlothian and Chester, and another at 1208 Carmia Way near Chesterfield Towne Center under construction.

Local franchisee Jonathan Ceaser said he’d been looking for a location in Scott’s Addition but was turned off by the lack of parking.

“People have asked about that general Willow Lawn area. We needed something in that area,” Ceaser said. “The next-best thing is to be nearby in the county to draw from the city as well.”

Ceaser, who is also a real estate agent with Fathom Realty, added that Libbie Mill’s apartments and townhomes sweetened the deal.

“With hundreds of people living right there, that’s some immediate demand,” he said. 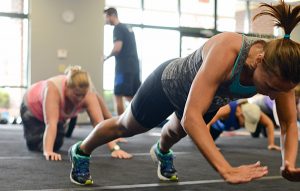 Ceaser said he’s aiming to open in Libbie Mill in June and at the Carmia Way location in late March or early April.

Burn Boot Camp will be the second fitness studio to sign on in Libbie Mill. Last year, kickboxing studio 9Round opened at 4900 Libbie Mill East Blvd.