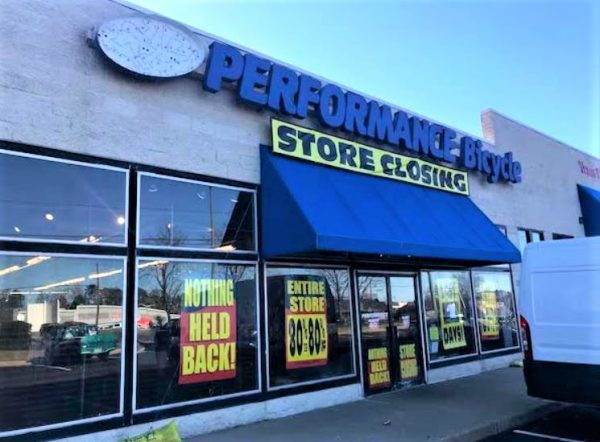 A national brand of bike shops is pedaling out of the West End, as its parent company is closing all of its stores nationwide.

Performance Bicycle has closed its outpost at 9015 W. Broad St. after about nine years in the location. The shop’s last day of business was Tuesday and the closure follows the bankruptcy of Performance Bicycle parent company Advance Sport Enterprises, which filed for Chapter 11 in the fall as it sought to restructure its debts. 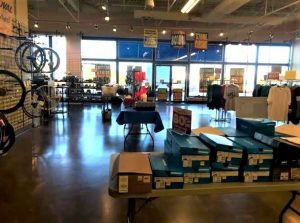 The bike shop’s parent company filed for bankruptcy last fall which led to it shuttering all of its retail locations.

Based in North Carolina, Performance Bicycle had more than 100 stores throughout the country and operated an online store. The chain announced it would close all of its retail stores as part of its bankruptcy proceedings.

The West Broad Street location was Performance’s only shop in the Richmond region. The store occupied about 6,700 square feet in a strip center outparcel adjacent to West Broad Commons Shopping Center.

Brokers Reilly Marchant and Jim Ashby of Cushman & Wakefield | Thalhimer handle leasing at the shopping center. Marchant said next to Performance is a vacant space that was once a Bellini Baby and Teen Furniture, and that the two spaces could be combined as a single 10,600-square-foot space.

The local bike shop scene has had a bit of churn in the last year or so.

In January 2018, both 3Sports and Richmond Bicycle Studio closed their locations in Short Pump and Scott’s Addition, respectively. Pedal Power Bicycles was set to close on Staples Mill Road in late 2017, but the business was bought and kept open.

In addition to the Richmond location, Performance Bicycle had five other Virginia shops, in Charlottesville, Virginia Beach and Northern Virginia.