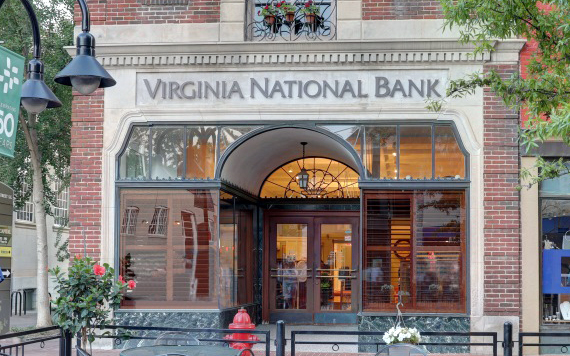 As the Cavaliers prep for the Final Four, a bank from their hometown of Charlottesville is looking to make a run of its own – into Richmond.

Virginia National Bank, a $650 million institution based a few miles east of UVA, last week disclosed its intention to open its first office somewhere in the local market.

“The company has hired experienced commercial lenders and business developers in the Richmond, Virginia market and plans to open a loan production office there during the second quarter of 2019,” VNB said in an SEC filing on March 26.

The bank declined to elaborate, saying it would wait to comment on its plans until its Richmond location is secured. CEO Glenn Rust runs VNB.

That new loan office would join VNB’s four full-service branches in Charlottesville and one in Winchester, along with a loan office in Harrisonburg.

The Richmond market has continued to be a draw for competitors from out of the area in search of supplemental income from outside their home regions, most recently with Blackstone-based Citizens Bank and Trust and Strasburg-based First Bank expanding into the area.

Conversely, banks from the Richmond market have sought out Charlottesville. C&F Bank is opening what would be its second there.

VNB’s pending arrival also comes amidst some expected upheaval of the Virginia banking market caused by the pending merger of regional giants BB&T and SunTrust.

That deal, valued at $66 billion, will have ripple effects in several regions across the state, including in Richmond, where the two banks have a combined 75 local branches and nearly $8 billion in combined local deposits.

I LOVE VNB! Exceptional customer service. Moved to RVA from Cville 5 years ago Kept my VNB account but felt the need to also have a local bank. So excited VNB is considering the RVA market and cannot wait to downsize to one bank again!