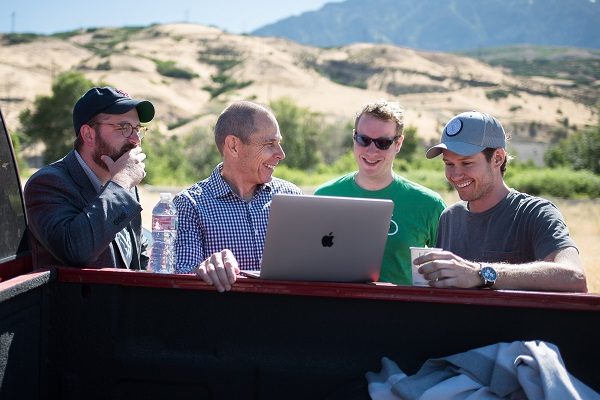 Poolhouse’s Will Ritter with U.S. Rep. John Curtis of Utah during a shoot with the agency’s Danny Laub and Tim O’Toole, pictured from left. (Photos courtesy Poolhouse)

As it prepares for a busy presidential election year, a growing local ad agency with a focus on political campaigns is expanding its footprint to the Lone Star State.

Poolhouse, a 6-year-old agency based in Richmond’s Arts District, has opened an office in Houston with a recent wave of hires that includes a new creative director, who will remain based there.

The two-person office adds to Poolhouse’s home base at 23 W. Broad St., where it is planning to move into a larger space within the building. The agency also has an office in Atlanta, where it established operations in 2017. 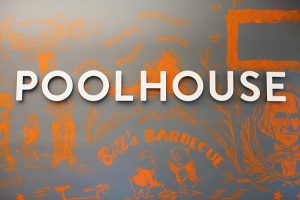 Will Ritter, who founded Poolhouse in 2013 with Tim O’Toole, said the expansion to Texas came about with the recent hires, which include Brian Athey, who started Aug. 1 as the agency’s creative director. Ritter said they’d worked with Athey and his team on several projects over the years and wanted to bring their video production, branding and other services in-house.

“A lot of people would say they like the look of our website and can we do that for them, and Brian was the one who made our website five years ago, so that was a no-brainer,” Ritter said.

“We’re getting brought in now as the main media on a campaign, and for us to be like, ‘Oh, we don’t do graphics, we can’t do a landing page,’ it was a little bit like, why do we keep sending this out? So, when the opportunity to bring these guys on board and hire them came, we jumped at it.”

Other hires include a brand manager, graphic designer, copywriter and brand coordinator, bringing Poolhouse’s overall staff count to 16. The new hires are all based in either the Houston or Atlanta offices, with O’Toole heading up the latter.

While Poolhouse’s bread and butter is political campaigns for GOP candidates, the agency’s client base extends to companies and brands in the CBD industry and the energy sector, the latter of which Ritter said factored into its Texas presence. 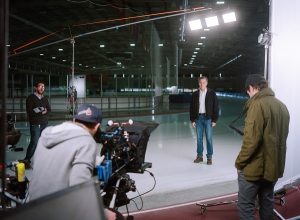 A Poolhouse film shoot for a Mitt Romney campaign.

With next year a presidential election year, Ritter said Poolhouse is gearing up for a busy 2020, making the timing right to grow the agency’s footprint and service suite.

“We’re in an off-year now – not to speak disparagingly of Virginia’s off-year elections, which is one of the big reasons why we’re here in Richmond – but this is kind of a training year where you can try out some campaigns that maybe are a little less intense,” he said.

Ritter said Poolhouse has been growing its business annually as a result of that spending. He declined to disclose revenue numbers. 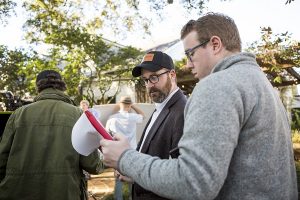 Ritter, left, with colleague Danny Laub during a shoot.

“We’re fortunate in the fact that, in six years, it’s always been going up. But I know right now we’re kind of cresting at a point where people are coming to us first when they have a campaign that they want to run, and it’s nice that – we’re now up to 16 people – we can really be able to service multiple things at the same time and turn out the same caliber of creative.”

Since setting up shop in Richmond, Poolhouse has been joined by another GOP-focused firm, Red Maverick Media, which expanded from Pennsylvania in 2018. Ritter said the two firms are working together on three campaigns, including that of Jen Kiggans, a Virginia Senate candidate.

“They do more mail and general consulting, and we’re more on the advertising – TV, radio,” Ritter said. “We work together really well.”

Poolhouse joins other locally based agencies branching out of Richmond with additional outposts.