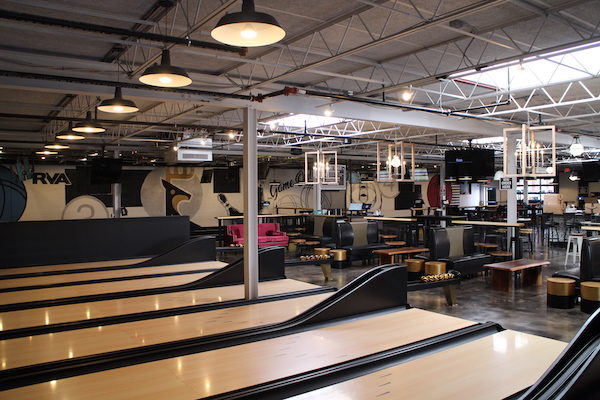 The owner of a Scott’s Addition bar-arcade has brought another entertainment venue to the neighborhood. 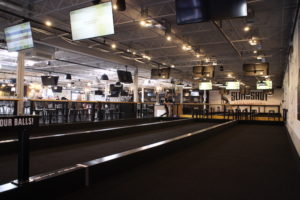 “It’s a play on classic arcade skeeball,” Edwards said. “We had to build the lanes ourselves. It’s unique to Slingshot.”

While Slingshot beefed up traditional skeeball, it shrunk down bowling for duckpin. It uses shorter lanes, smaller pins and smaller balls for a faster type of bowling. 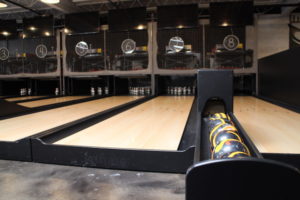 Duckpin is a smaller, faster version of bowling.

“It’s like bowling but with faster lanes and set-up, and people don’t need to rent (bowling) shoes,” Edwards said.

Last, Edwards said their take on bocce includes a sensor and video system that automatically scores and measures each ball thrown.

“With the original bocce, the crucial part is measuring just how close your ball is (compared to) your competitor’s,” Edwards said. “With ours we’ve made it all automatic scoring. We have a system that tells you by itself so there’s no reason to break out the tape measure.”

Costs per person are $3 per skeeball game, $3 per 30 minutes of bocce and $5 for 10 frames of duckpin. Edwards said they’re planning to set up leagues for each game by year-end.

One thing Slingshot does have in common with The Circuit is its self-serve beer wall outfitted with 42 taps, most of which will be from local breweries, Edwards said. 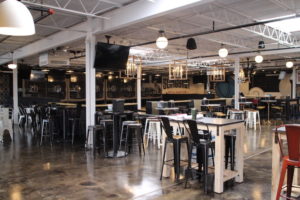 Scott’s Addition has become a hot spot for entertainment/bar crossovers in recent years.

As someone who loves Boules (Bocce with smaller metal balls instead of wooden ones) I doubt I will ever entirely trust the auto measuring system. Honestly measuring is part of the fun but in a setting like this I understand the value of moving things along. Cool concept and space, looking forward to checking it out.