Blossom opened in the Fan in early November. (Photos by Mike Platania)

The CBD craze continues, with an old Fan restaurant space being reborn as a cannabidiol shop.

Blossom, which sells CBD-infused products such as oils, topical creams, edibles and water, opened in November at 2128 W. Cary St.

Richmond natives Vince Oley and Jared Preston own Blossom. Oley, who is now located in Denver, was part of the crew that opened head shop Green House Glass. Preston studied exercise science at VCU before working as a trainer at X-Team Fitness in Scott’s Addition.

Preston said he was drawn to the CBD industry in part due to seeing the effects it can have on athletes.

“There is benefit in recovery especially, even if it’s just trying to get rid of jitters,” Preston said. “We’ve had golfers come in and want to reduce a stress response on their backswing.” 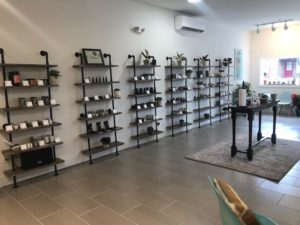 It carries CBD-infused products for humans as well as pets.

Blossom carries hemp-derived CBD products, as opposed to marijuana-derived ones. Preston said oils and pet treats have been the most popular products thus far.

Blossom also has a bar at which people can test out anything it offers, which Preston said they’ve installed to help people understand the product.

“We’re trying to remove the layers of threat of CBD. People might know if it’s good for them but (won’t want to ty it) if it’s in a threatening environment,” he said.

Blossom is leasing the 1,000-square-foot space from local developer Carter Snipes, who bought the building in 2018 for $335,000, per city property records.

CBD shops have been popping up all over the Richmond region in the last year.

Kanapa CBD opened in Carytown over the summer, along with Your CBD Store — Hanover, while Kultivate Wellness opened last winter in Chesterfield. Local vape company Avail Vapor also launched its own line of CBD products, dubbed Leafana Wellness, this year.

On the marijuana side of the industry, Green Leaf Medical of Virginia is constructing one of the state’s first medical cannabis facilities, made possible by legislation the General Assembly passed last year.

On the other end of Blossom’s block, Virginia Beach-based plant shop PlantBar is preparing to open at 2100 W. Cary St. 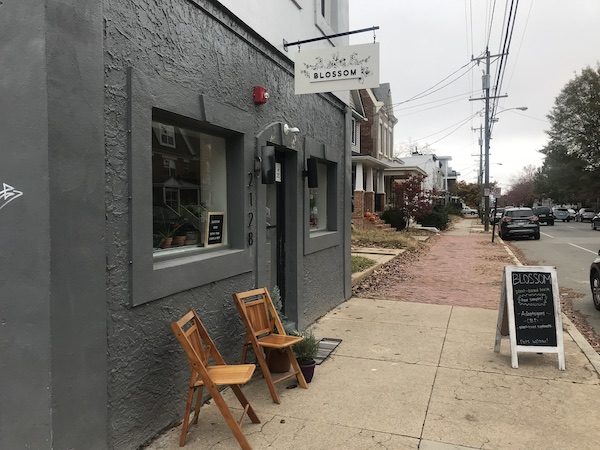 The CBD shop is at least the fourth CBD shop to open in the region in the last year.

Since when is West Cary and South Shields in the Fan District?

Technically in 1986, this area was placed in the “Fan Area Historic District Extension” by the Dept of Historic Resources. As far as general Richmond business news is concerned, this is the Fan.

I’d say most of Richmond, including me, considers that the Fan. 195 is the logical boundary