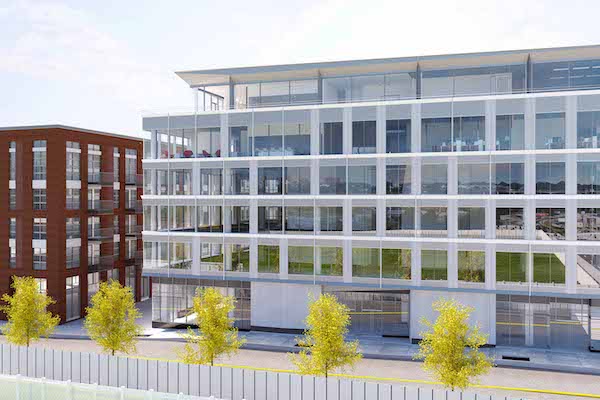 Rendering of The Current, where Ironclad Coffee Roasters will open a second shop. (Courtesy of Lynx Ventures)

One of Manchester’s biggest mixed-use projects has landed its first commercial tenant in a local coffee shop.

Ironclad Coffee Roasters has signed on to open a second location in The Current, a mixed-use development by Lynx Ventures at 400 Hull St.

Ironclad’s Shockoe Bottom café at 1805 E. Grace St. will remain open, as will its roasting operation in an industrial park in Henrico. 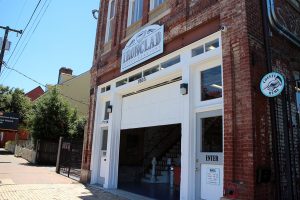 The coffeeshop opened in Shockoe Bottom in July of 2018. (BizSense file photo)

The coffee roaster is the first commercial tenant announced at The Current, a $68 million project that will feature 68,000 square feet of office space, 17,000 square feet of retail space, 215 apartments, a 323-car garage and an outdoor courtyard across two buildings.

Kate Hosko, Lynx Ventures’ development manager, said they wanted their first tenant to be one that could provide a type of gathering place for the community.

“(Ironclad) will bring in live music in the evenings, and I think they’ve done poetry readings before (at the Shockoe location),” she said. “That’s really the type of creative thinking we wanted with this first tenant at The Current, so people will know what we’re after.”

Ironclad was founded in 2015 by husband-and-wife duo Ryan and Kelly O’Rourke. It started out roasting and selling coffee beans by the bag and through wholesale before opening its Shockoe Bottom location and roasting operation in Henrico. 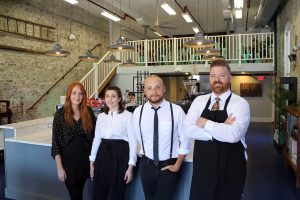 O’Rourke said he was impressed with The Current and Manchester in general when approached about expanding there.

“I wasn’t really actively looking for a second space. We had several offers but hadn’t been too keen on it until this came along,” O’Rourke said.

Ironclad is leasing just under 1,000 square feet at The Current, leaving about 16,000 square feet of retail space available. Hosko said they’re in discussions with a handful of other tenants for that space.

ENV is designing Ironclad’s space, and JLL’s Gareth Jones represented Lynx in the lease negotiations. Hickok Cole is The Current’s architect, and KBS is the general contractor.

Hosko said The Current’s office building, where Ironclad will be, is scheduled to be completed this fall, and the apartment building is scheduled to be finished in the first quarter of 2021. Lynx has tapped Highwoods Properties and Drucker + Falk to manage the development.

It’s my understanding that the lobbies and commercial spaces at The Current will be a full step above what we’ve seen so far in Richmond. Perhaps Bizsense could show us some conceptual designs?