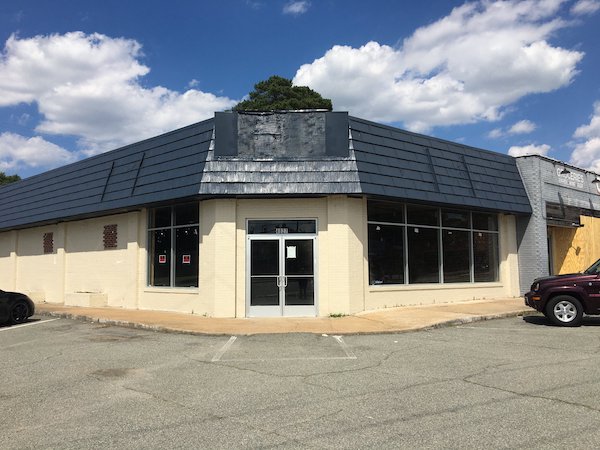 Rage RVA, which opened last year in Shockoe Valley as the region’s first rage room, is preparing to move into the former Ireland Cleaners building at 4827 Forest Hill Ave.

Rage rooms are venues where people suit up in protective equipment and pay to destroy objects with bats, sledgehammers and other tools of destruction. The goal is to let out a bit of aggression.

The move, planned for August, will give Rage RVA nearly twice the space of its current home. It’s leasing the roughly 3,300-square-foot space, located next to Outpost Richmond. It has been vacant for years after the laundromat closed. 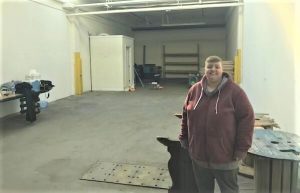 “Basically you come in, get a poncho, shoe covers, protective eyewear, and three 8-ounce bottles of paint that glows in the black light,” Michelau said of the new offering. “You can go in and get to splatter paint at the walls, or some people like to throw it at each other. Then you get an 8-by-10 canvas to paint on and you get to take home with you.”

Michelau said the splatter paint option has been catching on at other rage rooms around the country and enables younger kids to join in. The youngest age to smash stuff at Rage RVA is 13, and she said kids younger than that will be able to paint.

She said the new space will be divided into rooms designated for breaking and painting, as well as a rentable party room. She said they’re building out the space now, a task that included adding an ultraviolet sterilization unit to the air filter system to help keep the space clean.

“It’s a hospital-grade sterilization unit,” Michelau said. “Every 20 minutes it breaks up all of the bacterial stuff in the air.”

Michelau said a highlight of her first year in business is been being able to offer an outlet for people during an especially stressful time. 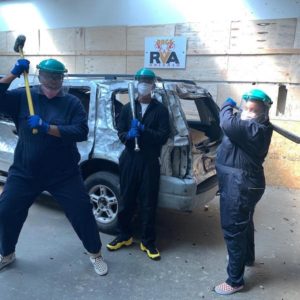 Participants get outfitted in full protective gear before smashing plates, cars, and more.

“It’s been fun meeting all kinds of people with different backgrounds. Everybody that comes in talks to me, tells me their life stories,” Michelau said. “That’s what it’s been for me, just being an outlet for people. If they want to have fun and smash, or if they’re grieving and lost a family member. It’s not really about rage – it’s an outlet to come release your emotions, whatever they are.”

Rage RVA will be near Hill Standard, a new apartment project anchored by The Veil Brewing Co., which is aiming for a summer opening.