An office building-buying trend among architecture firms is continuing locally with one longtime firm’s move to a suburban office park.

Poole & Poole Architecture is moving from Winterfield Place near Midlothian to Innsbrook, where it recently purchased the former American Cancer Society building at 4240 Park Place Court. 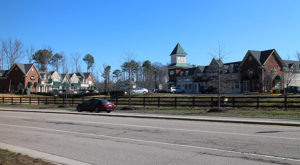 Poole & Poole had been based in the Winterfield Place shopping center near Midlothian.

COO Nea Poole, who runs the firm with husband and CEO Michael Poole, said their lease had come up at Winterfield Place, where they filled a 4,200-square-foot space in the building they shared with developer Casey Sowers’s Riverton Associates.

The Pooles worked with CBRE’s Matt Hamilton to find the Innsbrook building, which the American Cancer Society sold. The nonprofit is closing most of its 250 offices across the country due to a decrease in donations attributed to the economic crisis.

Nea Poole said the nonprofit’s local workforce is working remotely. A call to a regional spokesperson was not returned Monday.

She said the firm had been eyeing the Mayo-Carter House downtown and was about to make an offer to buy it when the pandemic prompted staff to start working from home.

While the 19th-century building next door to The Jefferson Hotel seemed a better fit aesthetically for a design firm, Poole said the layout at Innsbrook will work better than if it was broken up across multiple floors.

Poole said the building and its 2.5-acre lot gives their firm room to grow, and to potentially take advantage of Innsbrook’s ongoing transition from a suburban office park to mixed uses, including multifamily residential that makes up much of Poole & Poole’s practice portfolio.

“The floorplan’s a better fit. It has 59 parking spaces, which you’re never going to get downtown. Obviously, Henrico taxes are a little bit more appealing,” Poole said. “But also, Innsbrook, with the rezoning and everything that’s going on there, is really an interesting place for an architecture firm to be right now.”

Poole said several clients have called on the firm for projects under Innsbrook’s urban mixed-use zoning district that Henrico applied in the park in 2017. She said plans for their own building could likewise mix things up, with potential amenities for employees on top of a new office and design studio. 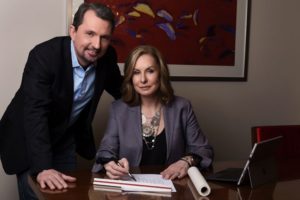 “We’re not in Scott’s Addition, so there needs to be something else that’s attractive to employees,” Poole said. “Innsbrook is a great location in terms of the walkability and the paths. A lot of our employees are cyclists, so we’re talking about putting showers in, having a fitness room, doing things that appeal to the employees and give them things there at the office beyond just the office.”

While the pandemic gave them pause about buying an office building, Poole said the buy is a safe bet despite the work-from-home trend. She said the bulk of its local employees continue to work from home, though some are itching to get back to the office.

“That being said, I think the potential of Innsbrook, with the revised zoning as such, is that even if we never even moved into the building, it’s a good investment,” she said. “We’ve already had two developers reach out to us and try and buy it from us, so that’s a good sign that we bought at the right price.”

It also worked on Blackwood Development’s recently approved One Pouncey project, as well as Rebkee Co.’s Shire project, the latest version of which has since been scrapped.

“With everything that has slowed down since COVID, multifamily has not at all. In fact, our office is probably looking at this as our busiest year,” she said, declining to disclose the latest revenue numbers. 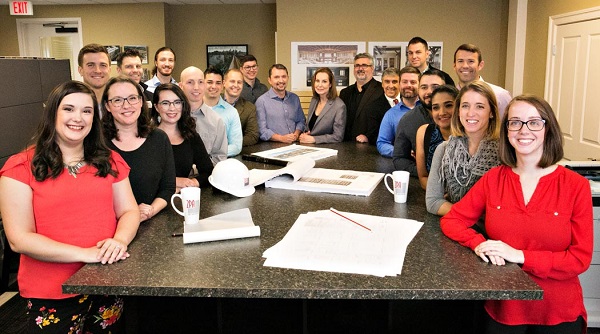 The firm also has picked up some national recognition, recently winning multiple awards from the American Institute of Building Design for its work on The Barn at Walnut Hill, the Pooles’ residence that they converted from an old barn on the former farm of Harwood and Louise Cochrane, the late Richmond philanthropists whose former manor house and estate was sold in 2016.

Poole said they’re moving into the Innsbrook space this weekend after 12 years at Winterfield Place. The firm employs 30 people, including 23 in Richmond, with additional offices in Nashville, Tennessee, and Charleston, South Carolina.