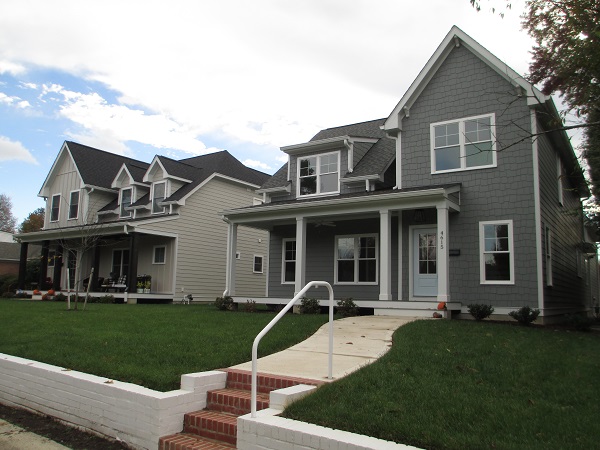 Chandler Construction’s homes at 4613 and 4615 Augusta Ave. replaced an older house on a double-lot. (Photos by Jonathan Spiers)

As new development spilling over from the Scott’s Addition area continues to push westward along Broad Street, established residential neighborhoods adjacent to the corridor are getting renewed interest from homebuilders on the hunt for infill and rehab opportunities.

In Monument Avenue Park, just east of Willow Lawn, Chandler Construction recently replaced one of the midcentury neighborhood’s decades-old homes with two new, larger houses, filling out what had previously been a double lot on Augusta Avenue.

A block north on Fitzhugh Avenue, Cava Cos. just finished converting a 1950s rancher into a larger Craftsman-style house, and has several other remodels in the works in the area. And a few blocks east along Augusta, in the adjoining Sauer’s Gardens subdivision, Richmond Hill Design + Build is in the process of rehabbing a 1920s Dutch Colonial near Thomas Jefferson High School.

Once finished, the Richmond Hill house will be listed at just under $800,000 — nearly the same price as Chandler Construction’s homes, one of which sold in September for $789,500. The other home, likewise with 3,300 square feet and priced the same, went under contract last month.

It’s a price range considerably higher than what the neighborhoods have been used to, and well above the $515,000 median sales price year-to-date in what’s known in Richmond real estate circles as Area 20, aka the West End. 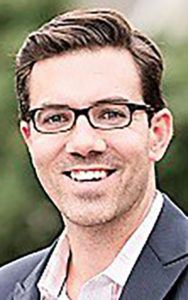 While such price points in Area 20 historically have been seen closer to the river and farther away from Broad, they’ve been slowly but steadily making their way into neighborhoods north of Monument Avenue, which Mike Hanky, a real estate agent active in the West End, said has been perceived as a sort of dividing line.

“It’s interesting to me because those areas around Monument Avenue Park and Sauer’s Gardens, they were developed about the same time as the areas just south of there,” Hanky said, describing neighborhoods south of Monument Avenue as similar in look and feel. “But for whatever reason, when you cross over Monument, people seem to have a different opinion about it.”

Hanky, an agent with Shaheen, Ruth, Martin & Fonville Real Estate who focuses on residential infill development, said he expects such opinions of the neighborhoods to shift as interest in that part of town continues to pick up, particularly with its proximity to the burgeoning Broad Street corridor.

Wedged between Willow Lawn and the Scott’s Addition area, and included in the popular Mary Munford Elementary School boundaries, Sauer’s Gardens and Monument Avenue Park are also across Broad from the so-called Westwood area of Henrico County, which is positioning the largely industrial corridor as an extension of Scott’s Addition — what the county manager has called “Scott’s Addition 2.0.” 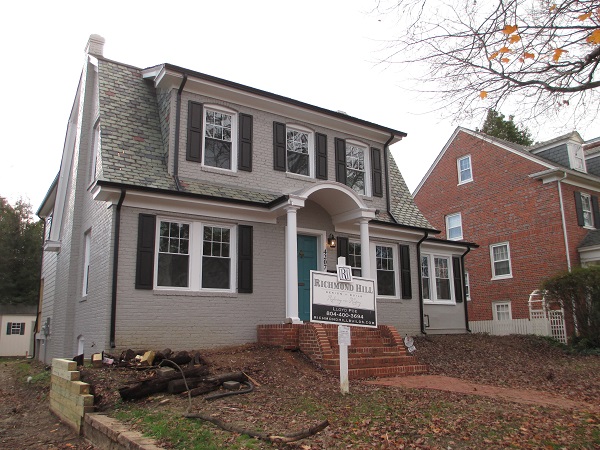 The Dutch Colonial at 4207 August Ave. that Richmond Hill Design + Build is remodeling.

That transformation is beginning to take shape with recent additions such as TopGolf and the under-construction Kinsale Capital Group headquarters, where a 262-apartment complex is also in development. And between Westwood and Scott’s Addition proper, a line of mixed-use buildings under construction along Broad is further adding to the corridor, in walking distance to the residential neighborhoods.

Add to that Willow Lawn, the nearby Libbie Mill development and the GRTC Pulse rapid transit bus line along Broad, Hanky said: “When you put all that together, it makes that corridor from Staples Mill (Road) back to Scott’s Addition north of Broad seemingly very attractive to live close to.”

Accordingly, homebuilders have turned their sights toward the neighborhoods on the south side of Broad, scoping out spots with infill potential or homes that could be remodeled — or replaced.

Hanky, whose infill involvements over the years include the Carter’s Ridge cul-de-sac subdivision in Tuckahoe and Richmond Hill’s planned Westview at Libbie, said full tear-downs of houses to make way for bigger and pricier homes is a trend he’s seen pick up in that area, the Chandler and Cava builds being examples.

“Prior to the recession, what you saw throughout the city for the most part were these more extensive addition/renovation projects on homes,” Hanky said. “But very rarely did you have somebody actually tear a home down and build a brand new home in its place.” 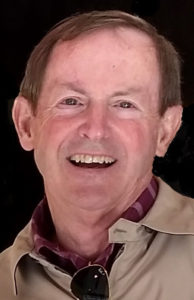 Lloyd Poe, a veteran area homebuilder who launched Richmond Hill in 2018, said he’s become more active closer to Broad as land and home prices farther south have increased. He bought the Dutch Colonial he’s renovating in Sauer’s Gardens last year for $360,000, and is increasing its footprint from 1,700 square feet to nearly 3,000 with an additional bedroom and other upgrades.

“We’re buying everything we can buy over there, and not enough,” said Poe, whose other north-of-Monument projects include a remodel in the 4500 block of Grace Street.

Poe is also active south of Monument, where he’s remodeling other homes and recently finished his first modern-design house, replacing a Cape Cod on Kensington Avenue. But he said market conditions and economics continue to turn his attention northward.

“The old days, the farther south you moved from Broad, the more desirable the property became,” Poe said. “The problem is, the property that became more desirable also became more expensive. So, some people are opting to do stuff a block or two south of Broad because those properties can now be acquired at a price that you can do some things and keep it under $800,000.

“The Scott’s Addition push, the Henrico push, and the increasing property costs the farther south you go has made this new area, which three or four years ago was fringe — it’s now good enough, because it’s in Mary Mumford and it’s cost-effective, comparatively speaking,” Poe said.

With most homes in those areas coming in at around 1,500 square feet, Poe said increasing the footprint is usually necessary to add value and turn a profit, leaving the builder to determine whether it’s more economical to remodel or tear down and rebuild.

“You have to get the houses at 3,000 square feet or above in order to make all of the numbers work. It’s almost impossible for me anymore to buy in the Mary Munford area without hitting (a sales price of) $800,000 or above.

“Part of why you tear down a house is that it costs more to fix and increase its size than it would be to just start all over again,” he said. “Some of the houses are so obsolete and have not been kept up or remodeled every 10 years or so that nothing in the house is salvageable anymore.” 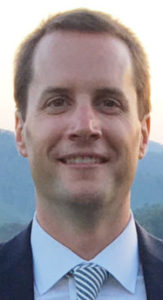 John Chandler, who launched Chandler Construction in 2013, said the opportunity to replace an older home with two new ones is what led him to Monument Avenue Park.

“That was the first time I’d done an infill project north of Monument Avenue, and infill is a unique way to bolster what the city has to offer,” Chandler said. “You’re able to bring in new construction in areas where people want to live. So, in a lot of consumers’ eyes, that’s a great value.”

Chandler purchased the double-lot last year for $365,000, razed the Cape Cod that was there and replaced it with the two new, larger homes. The homes were listed in March and June above $800,000 before coming down in price over the summer, ultimately going under contract at $789,500.

“It was a very successful project,” Chandler said of the new builds, which he’s following up with another tear-down and replacement on Park Avenue a few blocks away.

Cava Cos.’ Frank Cava said he has four or five projects lined up in the area, following up the remodel he recently finished on Fitzhugh. That project took a 1,000-square-foot Cape Cod and enlarged it as a 2,500-square-foot Craftsman he’s listing at $650,000. 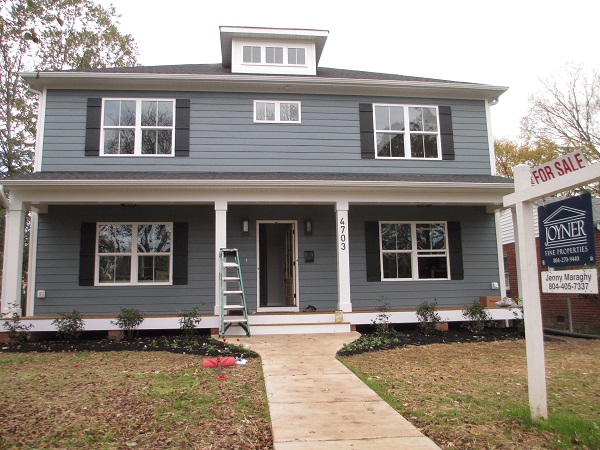 “We really like that area because it sells incredibly well. It’s always desirable, even in bad markets, and with the great elementary school that binds that neighborhood together, it really is a great place to have inventory,” Cava said. “We’ve got a bunch in there.”

Hanky, who comes from a real estate family — his father and brother are both developers, as is he — said he expects demand will ultimately bring homes in Monument Avenue Park and Sauer’s Gardens more in line with their south-of-Monument neighbors. He said new construction north of Monument is selling for $230 a square foot, where comparable homes south of the avenue are in the $250 to $260 range.

“I feel like people are missing the boat, because the only difference between our $230-a-foot and the $250- to $260-a-foot for similar product four or five or six blocks south is perception,” Hanky said. “When enough activity picks up north of Monument the perception will change, and all of a sudden that phantom delta in the values will disappear.

“When you see guys like Frank Cava and Lloyd Poe doing jobs in that area, it’s a sign, to me at least, that they’re not going to stop with one,” Hanky said. “They’re going to be looking to do more.”

Am I the only one feeling like it’s 2005 all over again? I know that perception is reality, and that the only three things that matter in real estate are location, location, and location, but 800K????

Agreed, no offense, but they are mentioning an elementary school, what happens when the kids grow up, the high school and middle schools aren’t that great. For a bigger home, potentially a lot less in real estate taxes, and a price point of less than $500K, more yard space, etc., suburbs better value IMHO.

except you have to live in the suburbs. And many of us would pay a great deal of money to avoid living a bland, and inconvenienced life.

People are missing the point. The city is a luxury good. People pay extra, because they have the money, and it’s worth it

I agree with you Chris. There are a lot of lessons to take away from the early 2000s (which is not that long ago) that some in real estate seem to be forgetting–or perhaps never learned.

When you see those houses in the neighborhoods, they look out of place – as if the builders had no regard to the actual neighborhood that they’ve been built in.

That’s because the builders *have* no regard for the neighborhoods they’re building in. These houses dwarf their neighbors and are contextually out of place within the surrounding fabric. I wonder how the neighbors feel about being overshadowed by these behemoths?

I agree somewhat but I think it’s more of a visual thing. There are a ton of homes in this area with the back blown out to double the square footage. By overall size they aren’t that much different than the homes this article discusses, but it’s not as obvious from the street.

there is a lot of variation near here. The idea that all houses in the neighborhood should be the same is kind of awful to me – that’s the sort of suburban tract neighborhood that we city people want to avoid.

More the issue is should the houses be ugly. Sadly, the Cava house is. I’d much rather a bigger, prettier, house.