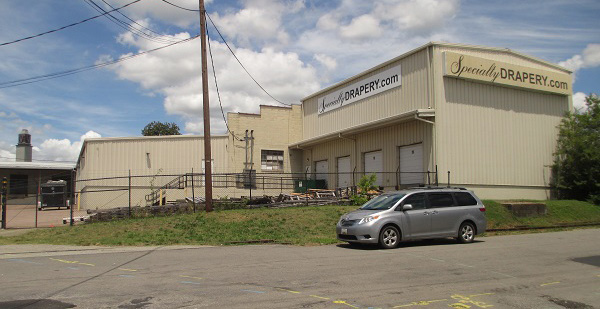 The warehouse building at 1221 Admiral St., as viewed from behind on School Street. The VUU bell tower is visible in the distance. (Jonathan Spiers photos)

Virginia Union University has added to its real estate holdings in Northside, recently purchasing an industrial warehouse across the street from its Hovey Field football stadium.

Porter Realty’s Wilson Flohr and Bob Porter Jr. represented Lovette in the deal. Flohr said the listing was prompted by the sale of the business that’s based in the building, manufacturer LuXout Products. Flohr said LuXout would continue to operate there under the terms of its existing lease. 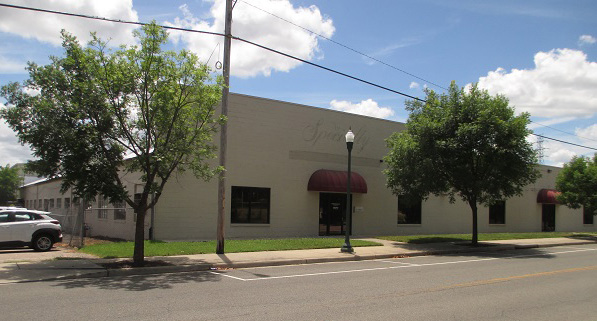 The front of the warehouse building along Admiral Street.

“The proximity of the property to campus provides opportunities for campus expansion, student housing and/or community redevelopment,” Lewis said in an email.

Flohr said he didn’t know what VUU plans to do with the property in the long term but suggested its proximity to Hovey Field could guide its use.

“My guess is it’s associated with their athletic facilities,” Flohr said.

Jones said the university didn’t have immediate plans for the property.

“For some time now, Virginia Union has been looking to acquire some properties around them. They’re just obtaining some commercial real estate, and having the opportunity to possibly develop in the future has been something that’s been put on the table for years with the university,” Jones said. 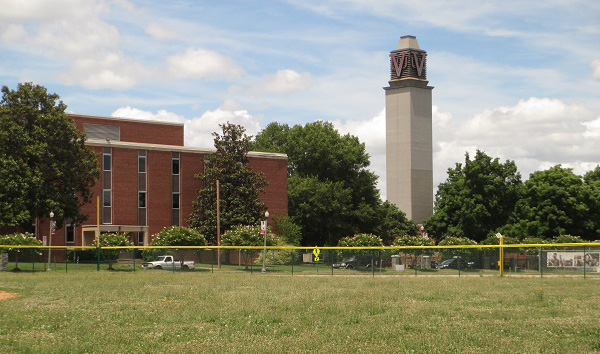 VUU’s campus as viewed across Hovey Field from the property.

Built in 1949, the one-story industrial building is made of concrete masonry block construction and includes 1,760 square feet of office space and seven dock doors accessing the warehouse space. The property also includes a paved parking area and is zoned for manufacturing use.

The single-tenant building has housed several businesses over the years, including pet product company Best Bully Sticks and, more recently, Specialty Drapery, which moved there from downtown in 2014. Signs for Specialty Drapery’s website remain posted on part of the building and are visible from the interstate.

The building purchase follows VUU’s acquisition of the former Budget Inn of Richmond motel at 2201 N. Lombardy St., across the intersection of Lombardy and Brook Road from its campus. The university paid $2.9 million for that 0.9-acre property, which it is planning for a multistory, mixed-use building that would house businesses on the street level and educational programming above.

The Admiral Street building also is near two apartment projects currently under development: the 200-unit Foundry apartments taking shape alongside Interstate 64, and the 224-unit Sphere Apartments set to rise beside the Brook Road post office.

The area also has seen several other properties change hands in recent months.

In May, a group that includes Sound of Music Recording Studios bought the building at 1511 Brook Road, where the studios will be based. A few blocks over on Chamberlayne Avenue, Thalhimer Realty Partners recently paid $2.75 million for 3.5 acres at Chamberlayne and Tazewell Street. 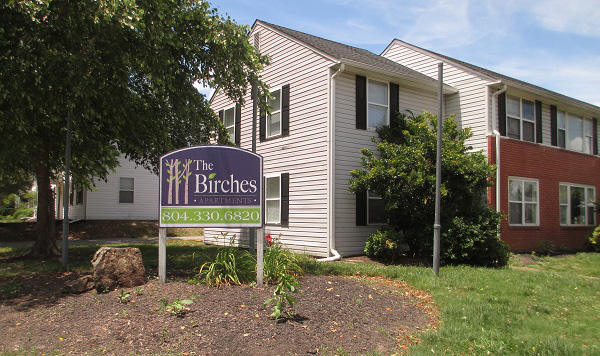 The Birches apartments north of VUU’s campus sold to a New Jersey-based buyer for $7.3 million.

On the north side of VUU’s campus, the 98-unit Birches apartments at 2318 Cecil Road sold June 9 for $7.33 million. The 1950s-era complex, along Cecil and Graham roads, sold to a New Jersey-based entity called Birches Hatzlocha LLC, city property records show.

The seller was Strategic Holdings, a California-based company that purchased it for $5.5 million in 2016. The city most recently assessed the 2.6-acre property at $3.22 million.

Attempts to reach the buyer and seller were unsuccessful.