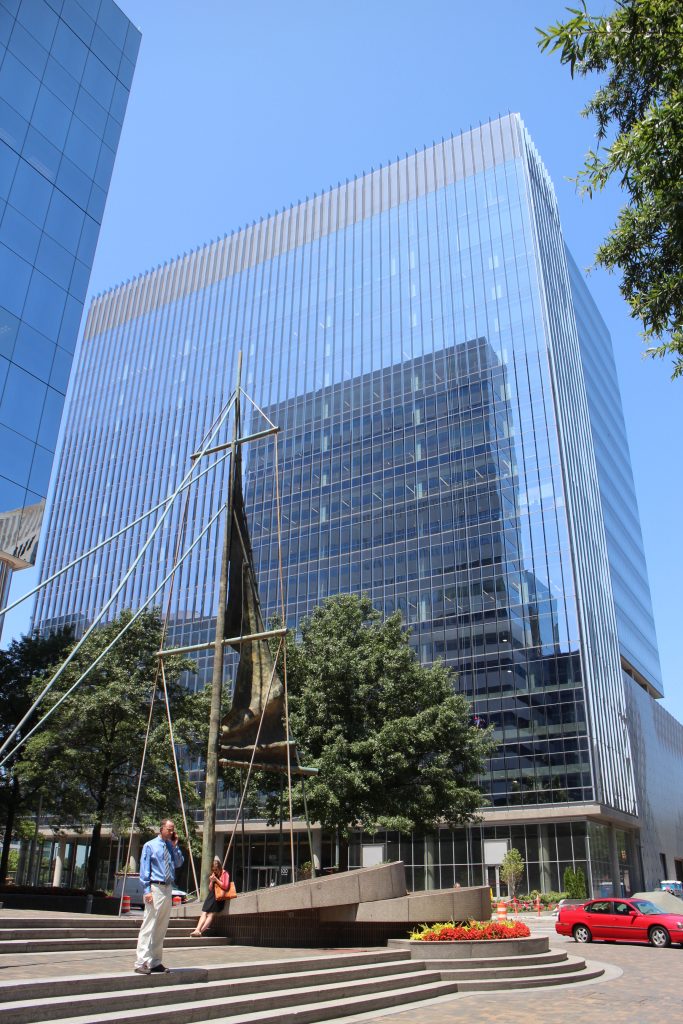 In what’s likely the first move in a domino effect of major sales for downtown office space, the city’s newest tower is now in the hands of a new owner.

The seller was Chicago-based Clayco, which finished development on the $124 million building earlier this year with the help of a loan from Lexington. The sale, which closed Dec. 3, has been in the works since shortly after construction on the tower began in 2013.

“It all worked out quite nicely,” Chapman said. “It was a really good experience.”

A representative with Lexington did not return a request for comment by press time.

Chapman said Clayco frequently does deals similar to Gateway’s, in which it secures a buyer soon after embarking on development.

“There’s a lot of interest in income-producing property, so we oftentimes will build a building, put the tenants in, and once the tenants start paying rent, we sell it,” he said. “We come to town, invest our money, and bring an institutional investor to town to invest their money, so everyone is a winner.”

Gateway is the first in a series of huge Richmond tower sales that are expected to close over the next several months. The Bank of America Center at 1111 E. Main St., the twin Riverfront Plaza towers at 901 E. Byrd St., and the Williams Mullen Center at 200 S. 10th St. are all currently under contract to undisclosed buyers.

The Gateway sale makes Lexington the sole owner of the tower through its LEX Richmond L.P. entity. The company co-owns the property’s garage with the city of Richmond, which provided Clayco with financial incentives to construct the parking facility.

Construction on the 307,000-square-foot tower wrapped up earlier this year, and anchor tenant McGuireWoods moved into the building in April after vacating the James Center.

The law firm commands 80 percent of the new building with 205,000 square feet. Its fellow tenants include TowneBank, which has 26,000 square feet, and Bill Goodwin’s CCA Industries with 25,000 square feet. Sandwich chain Potbelly plans to open its second area location in the tower’s ground-floor restaurant space.

Andrew Ferguson of Colliers International handles leasing for the tower, which now has only two floors available for lease, totaling about 50,000 square feet.

In addition to its most recent purchase, Lexington also owns the Alstom Power building in Midlothian and a few other properties throughout Virginia. It was founded in 1993.

Clayco will continue to manage Gateway Plaza for the next two years or so, Chapman said. It was the company’s only Richmond property, but the firm does have others throughout Virginia.

“We always have our eye out,” Chapman said. “We’re always looking for the next really fun project to work on. If it should happen in Richmond, that would be great. We would do it again if we could.”