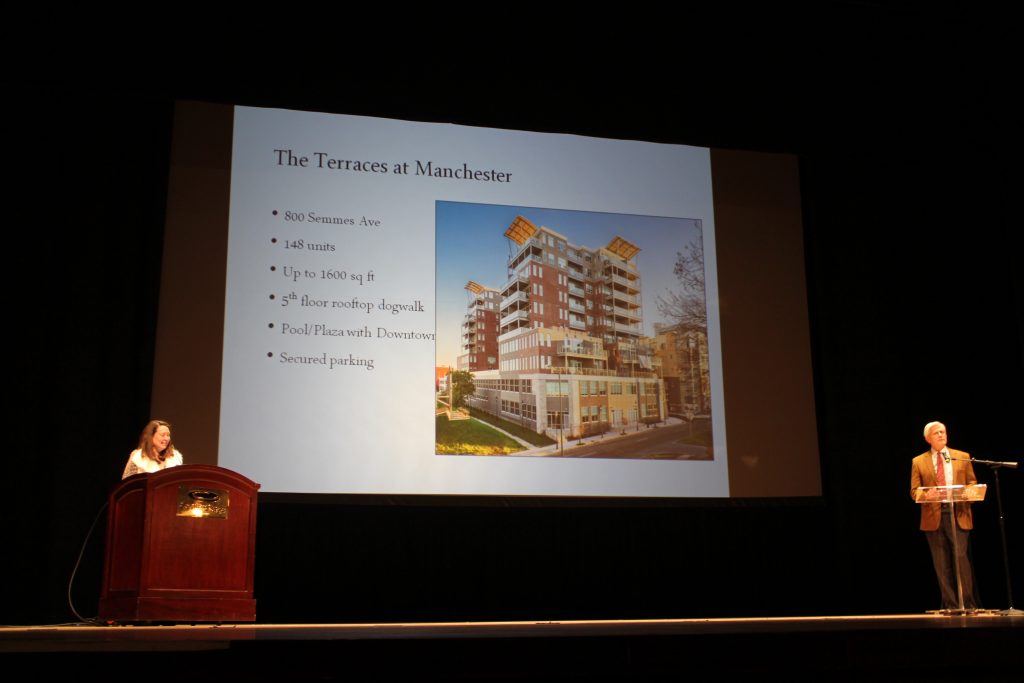 Robin Miller (right) gives an update of his Terraces at Manchester project. Photos by Katie Demeria.

If a recent event downtown is any indication, urban development is not likely to slow anytime soon in Richmond.

The event, held at Richmond CenterStage, focused on projects in and around the downtown area, Manchester and Shockoe Bottom, including those recently completed and soon to be completed. 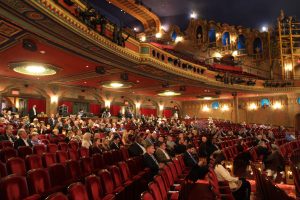 The crowd at Monday’s event.

The night emphasized big projects that have been on Richmond’s horizon for some time, including the Central National Bank building, where unit delivery should start this spring, Quirk Hotel, GRTC Pulse, Main Street Station, and the Virginia Capital Trail.

“We can’t lease them up fast enough,” Solarz said.

Ultimately, local developer Charles MacFarlane, who recently finished up his project at 2323 Main St., said the forum’s participants presented projects that represent 2,200 units either in development or about to be developed. They amount to a combined investment of just over $1 billion, he said.