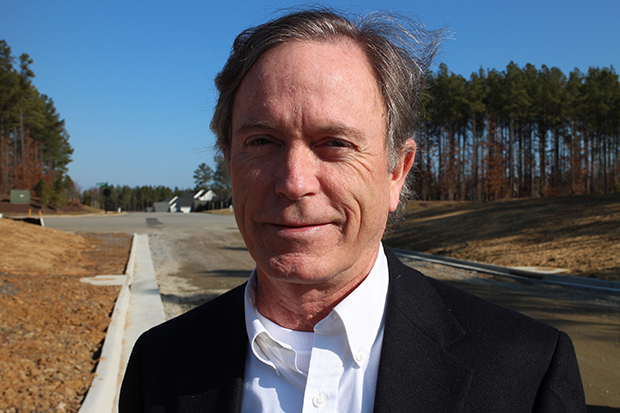 With its clubhouse under construction and hundreds of homes in the works, one of Chesterfield County’s newer residential communities is bracing for a busy 2016.

Mark Sowers’ 1,200-acre Harpers Mill development is continuing to take shape at the end of Otterdale Road south of Hull Street Road. Planned for 2,000 home sites, the project is about one-tenth of the way toward completion, which is expected to be reached over a span of about 15 years.

Zoned for development in 2004, Harpers Mill opened its first section three years later – “Right when the recession was kicking in,” Sowers said. The lull in the market kept Harpers Mill on hold, but development has since gotten back in full swing, with three more sections opening this year adding 400 more home sites to the 200 or so developed thus far.

“I think things are ready to open up, and all the builders think so too,” said Sowers, whose projects over four decades of developing have included the 650-acre Hallsley community, which he developed with his late brother Buddy Sowers before selling the development to East West Communities. 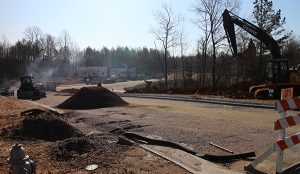 Work on about 400 homes, as well as a clubhouse and infrastructure, are underway in Harpers Mill.

Sowers is developing Harpers Mill through his company, Oakbridge Corp., which also developed Walnut Grove off Genito Road. He’s also working on a “high-end” subdivision on 50 acres to the west of Westchester Commons.

He said his goal for Harpers Mill is a mix of housing styles and price points in a community that incorporates open space and parks. Plans call for 23 acres of open space with multiple parks, a sports field, a dog park, various pocket parks and neighborhood playgrounds, five miles of walking and biking trails, sidewalks throughout, and an 8-acre retail and restaurant area at the center of the development.

“I wanted to have parks and trails that people could go use, and a mix of styles,” Sowers said, “from traditional to Craftsman to newer farmhouse styles and European styles. The park system will be the biggest difference from other developments. I don’t think any neighborhood will have the parks we’ll have.”

The community also includes a 3,200-square-foot clubhouse and a 7,300-square-foot pool and splash park that are currently under construction. The 10.5-acre complex is slated to open in June, with a series of grand opening ceremonies planned. The $3.5 million clubhouse is being built by Martin P. Schwind, a Midlothian-based contractor. 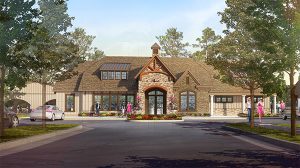 A rendering of Harpers Mill’s clubhouse.

Overall, Sowers estimates the overall cost to develop Harpers Mill at $1 billion, with financing for the land acquisition provided by Union Bank and C&F Bank.

About $20 million of that is being spent on development currently underway, and another $10 million expected later this year – not counting the value of the homes to be constructed. There’s the $3.5 million clubhouse, and new roads and related infrastructure are expected to cost $4 million.

The development also includes a planned extension of Otterdale Road, which currently ends at Harpers Mill Parkway, to Beach Road to the south. Sowers projects his cost for that piece will be about $3 million.

Sowers also donated 23 acres for Winterpock Elementary School as part of the project. The school, which is located off Harpers Mill Parkway, was the first construction in the development.

Sowers is one of four brothers behind some of Chesterfield’s more notable developments. In addition to Buddy, who died in 2014, there is David, whose recent activity has included purchasing 456 acres in Powhatan County in 2014, and Doug, who has had a hand in such communities as Collington, Newmarket and RounTrey, the latter with his son and third-generation developer Danny Sowers. Buddy’s son, Casey Sowers, is also in the business, developing Winterfield Place and continuing his father’s plans for Roseland.

At 61, Mark Sowers is the youngest of the brothers, who share an office complex in Powhatan County. His daughter, Krissy Sowers, works as marketing director for Harpers Mill, and his son, Matt Sowers, is also a developer.

Like the younger generation, Mark Sowers said he and his brothers grew up in the business and followed the lead of their father, George Bruce Sowers Sr., who started building modular and custom homes in the late 1940s and early 1950s. He said the brothers swept houses and toted lumber before, after getting out of school, graduating to homebuilding and, eventually, developing.

While they operate independently, partnering in some cases, Sowers said he and his siblings don’t let the competitive nature of the business get between them.

“We all get along. It’s a funny thing with developments: even though you’re competitors, people decide where they want to live,” he said. “We all work together.”

I see Mark kept his sense of humor throughout the recession and it’s still intact. The Sowers family is remarkably strong and made up of risk takers and survivors. And despite the ups and downs of the economy the next gen picks up the torch. They all build beautiful communities.