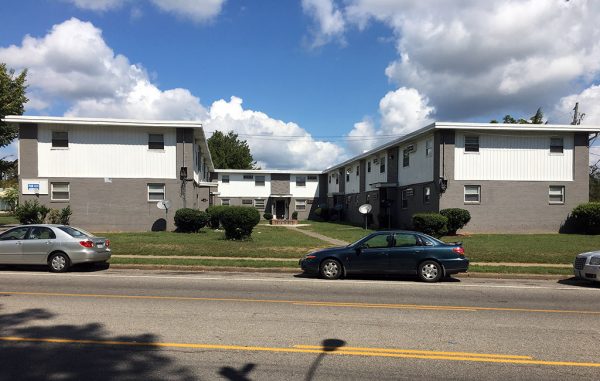 Following a streak of developers and commercial tenants into Brookland Park, a local lawyer and his wife have placed their bet on the Northside neighborhood.

They paid a combined $3.1 million for the 54-unit portfolio in a deal that closed Sept. 1, said SVN | Motley’s broker Seth Marinoff, who handled the transaction.

“We’ve been watching the properties for quite a while,” said Voekler, an attorney with Shockoe Slip law firm Kaplan Voekler Cunningham & Frank. “The location of the property … especially being in Brookland Park, really appealed to us.”

Combined, the properties were valued by a city assessment at $3.13 million.

Both apartment buildings are 90 percent occupied and generating income, Voekler said, with plans to rehab the units as needed once leases come up for renewal – a process that could take six to 12 months and cost $50,000 to $100,000.

Most of the rehabs will be unit-specific depending on the condition once vacated, Voekler said, with the goal of upgrading the space and increasing the duration of leases and rents over time. 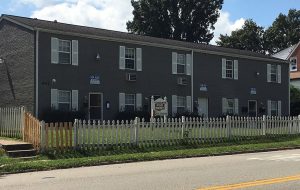 “We’re still completing a market analysis on the area,” Voekler said. “We want these apartments to become a place for working residents that want to relocate to the neighborhood and become long-term tenants.”

The apartment buildings were constructed in the 1960s, according to property records. The Brookland Park Boulevard and North Avenue complexes are considered class-B and class-C properties, respectively, Voekler said.

“It felt like the right time to redevelop,” Voekler said. “Given the amount of investment starting to come into the area, we feel like this is a solid investment.”

The Voeklers have a particular appetite for Northside multifamily real estate, owning more than a handful of properties around Highland Park, Ginter Park and now Brookland Park.

In December they purchased an apartment building at 3117 Meadowbridge Road for $418,000. The couple invested up to $45,000 in upgrades to the building.

Brookland Park, located minutes from downtown and off the Chamberlayne Avenue corridor that the city has targeted for redevelopment, is generating significant interest from area investors.

Cory Weiner, investor and developer with Richmond-based CW Performance Group, has put down more than $440,000 to secure a string of retail storefronts along Brookland Park Boulevard.

Restaurants and coffee shops are also a part of Brookland Park’s evolving menu.

Black Hand Coffee opened a new roaster and coffee shop in the neighborhood, while across the street, Luncheonette Northside opened a location in the former Streetcar Café at 10 E. Brookland Park Blvd.

Work is pending on several other new businesses in the neighborhood, including Dixie Bell’s restaurant at 400 W. Brookland Park Blvd.

Marinoff said investors are looking for good deals, like older apartments, to redevelop and lease at higher rates.

“You’re seeing places sell at higher a rate, that’s true,” Marinoff said. “But Richmond is still a great buy compared to other cities like Washington, D.C., and New York.”

Marinoff said Brookland Park has all the bones to become a commercial magnet, like Carytown, in the next 10 years.

“People see the potential,” he said. “People are coming in and buying homes and turning them into nice residences, investors are in the process of redeveloping the commercial areas … when it comes to Brookland Park, its certainly a place that’s on everybody’s radar.”