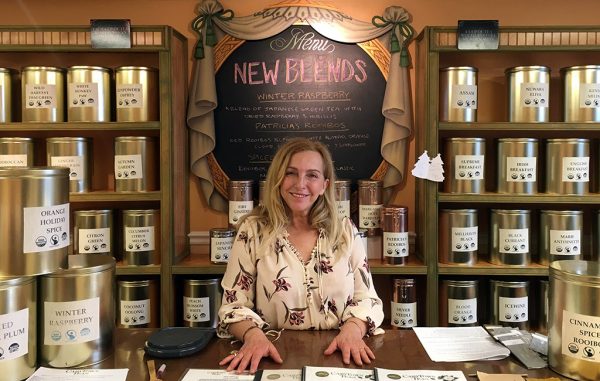 After steeping 13 years in its current home, a Carytown tea shop is packing its bags and headed up the street as the latest retail departure from a former Martin’s-anchored shopping center that’s being eyed for a new Publix store.

Carytown Teas has signed a lease for space at 2517 W. Cary St. in Cary Street Station, a new mixed-use development in the Fan. The spot is about a mile east from the shop’s current home at 24 S. Nansemond St. in the Carytown Shopping Center, where it has operated since 2005.

Several shops in surrounding buildings at Carytown Shopping Center have moved in recent months. Eclectic Stuff, Chrysalis Institute and InStyle Hair Salon all have cited Publix’s pending arrival as part of their reason to move, despite the grocer not announcing publicly what’s planned for the site.

Carytown Teas will occupy the final commercial suite in Cary Street Station, a $45 million development taking shape on the former site of the GRTC Bus Barn.

Guillouard’s shop is taking about 900 square feet between InStyle and Title Boxing Club. She said she’s looking forward to higher ceilings and the chance to redecorate.

“I want it to look like a Chanel fashion house, but for tea,” she said. 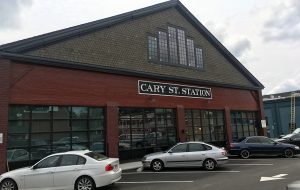 Carytown Teas blends its teas in house and has over 100 varieties, a number Guillouard said may grow with the new location. Much of the tea is to be made at home, she said, but it also sells cups to-go and distributes to Lamplighter Coffee Roasters and Ipanema Café. It has made a special house blend for the Quirk Hotel.

Born and raised in Paris, France, Guillouard moved to New York City in the early ’90s for a career as a fashion designer. In 2005 she moved south to Richmond and opened the shop.

She said she’s planning to move to the new space in early June or July.

The Cary Street Station development is led by Monument Cos. and Howard Kellman of the Edison Co. and will feature 285 apartments across nine buildings and 16,000 square feet of commercial space.

Perhaps it’s finally time for The Carytown Merchants Association to formally recognize the impressive growth of restaurants and retail on Cary Street east of the Boulevard.

Given that “Carytown” ends at the Boulevard, wouldn’t that be akin to the Fan District Association promoting Museum District businesses?

Does Carytown end at the Boulevard?

As a long-time resident of the newly named Cary Street Station area, it’s my understanding that the Fan District Association does not extend its boundaries south of Cary Street, meaning the aforementioned area is apparently represented by no neighborhood organization. I must confess my ignorance regarding the designated reach of the Robinson Street Association, however.

If anyone has access to the stone tablets which may officially clarify this, please, by all means, feel free to enlighten us.

Point well taken, Tim! Who will claim it?

Far out! Glad you’re moving to my neck of the woods. Can’t wait to try your teas.