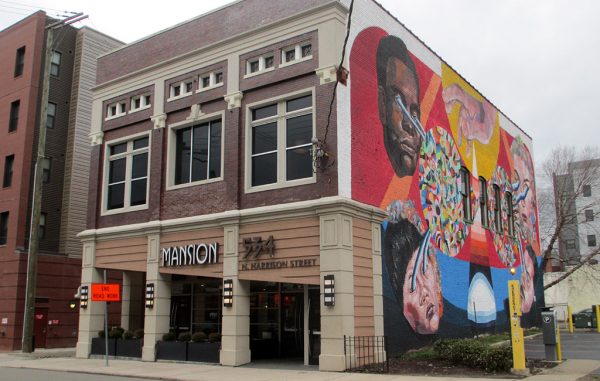 A building that for years housed a nightclub in the heart of VCU is now in the university’s grasp.

The two-story building, totaling 7,100 square feet, was last assessed at $819,000, according to city property records.

The seller was Commonwealth Holdings Group, an LLC registered to club owner Nathaniel Dance III. Dance purchased the building in 2007 for $600,000.

Richard Holden with Holden Realty represented Dance in the transaction with VCU.

Attempts to reach Dance were unsuccessful Friday. A phone number listed on Mansion 534’s Facebook page led to a voice mailbox that was full.

VCU spokesman Michael Porter said purchasing the building has been part of the university’s overall real estate acquisition strategy. He noted the building is surrounded by university properties including the Siegel Center, West Broad Street Parking Deck and Grace and Broad Residence Centers.

Porter said the building is not in use and that furnishings and equipment must be removed from the property within 60 days.

Adorned on its Broad Street side with a mural of four faces with lasers coming out of their eyes, the building for years housed Club 534, which was renamed Mansion 534 when Dance updated the building in 2011 with a renovated façade and ground-floor café and patio.

Since then, the university has acquired nearly all of that city block, redeveloping an adjacent former Ukrop’s site into the Grace and Broad Residence Centers, which opened in 2015.

VCU last year purchased a former fast food restaurant at 501 W. Broad St. for $2.82 million. In 2016, it purchased another longtime holdout: the former Sahara restaurant at 813 W. Grace St., which was purchased for $2.5 million.

One property that has remained out of the university’s grasp is the quarter-acre parcel at Grace and Belvidere streets where businessman Steve Uphoff has proposed an 18-story tower. The property at 600 W. Grace St. was previously a Sunoco gas station and is adjacent to VCU’s new Institute for Contemporary Art.

Uphoff said Friday he’s received emails about once a month from VCU asking if he’d sell the property. He said no agreement has been reached and he plans to go forward with the high-rise.

“We’re looking at all our options right now,” Uphoff said. “We have a bunch of outside investors that want to put money into the project. They like the idea of a high-rise apartment building, and they’re prepared to inject a lot of cash equity so there’s not a lot of leverage on the construction cost.

“We spent a lot of money removing the (gas) tanks and building and cleaned it up, because we want to proceed with our development,” he said. “Out of respect for VCU, they’re having their grand opening of their contemporary arts center in April, we wanted to have the space cleared for them so they could have additional parking, or not have our building there.”

Meanwhile, VCU has extended its reach east of Belvidere, last year purchasing the former Grubbs’ Auto Service property at 12 W. Cary St. for a planned machine shop. A couple blocks from there, work starts this fall on a $92 million addition to the School of Engineering’s East Hall building.

Yet another building that will go from taxable to non-taxable property as it switches hands from private owners to VCU. I don’t doubt that VCU stablized downtown in the rougher decades. But at this point there unfettered continued expansion is eroding the tax base. Richmond should encourage VCU to grow upwards with taller buildings rather than scoop up so many properties.

Students, taxpayers and alumni should be outraged that VCU continues to purchase properties close to 300% above assessed value. 3.5 million for property assessed at 819k ! As an alumni, this is why I have stopped donating money.

Great points already noted here, I completely see pitfalls of VCU spreading outward and removing the tax base and the overspending of such. That being said, VCU now needs to make the most of this space. From a student and young RVA resident perspective, I am curious to see the “study” as to the best use. Due to the proximity to the Siegel Center and VCU athletics, a unique brand opportunity exists. Spitballing, a first floor restaurant/bar with emphasis on VCU/RVA tradition, a second floor lounge/casual open area with games and large viewing opportunities for local sporting events. This is… Read more »